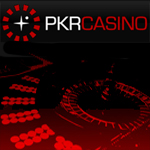 PKR Casino player ‘PaulTuscan’ just hit the jackpot for the second time in the past 9 months, winning $174,084 on the Queen of Pyramids progressive slot game. Last November, PaulTuscan hit a similar jackpot, winning $88,000 on a game called ‘Fruit Mania’. This brings the man’s winnings up past a quarter of a million dollars in the last year alone.

The Welsh gambler took notice of Queen of Pyramids slot when he saw that its progressive jackpot had climbed above $90,000. “Then it topped $174,004.01 and it was the most I have seen it at,” said Paul. “The rest is history as they say.”

The lucky slot fan is considering spending his winnings on an Aston Martin, or maybe a couple of long holidays.

PKR Casino is a sister site to the famous PKR Poker. The casino runs on software designed by Playtech which operates one of the largest networks of progressive jackpots in the world. Their progressive games can be played for as little as $0.50, and 1% of each bet made on the game is added to the jackpot, which grows and grows until a lucky player like PaulTuscan comes along and wins the whole thing.

Right now, two of Playtech’s progressive slot games have jackpots that are more than a million dollars. Beach Life is sitting at $1.2 million, while Gold Rally is just behind at $1.1 million. These prizes can pay out at any time. Who will be the next lucky jackpot winner?