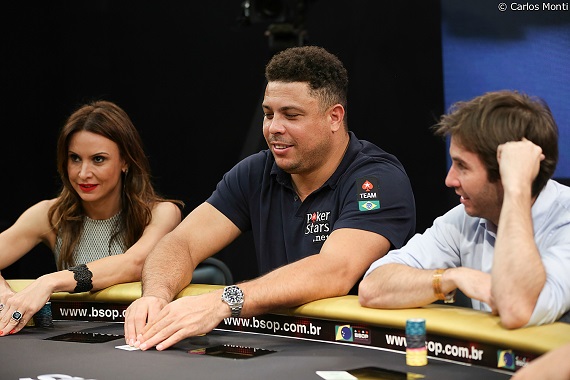 However, Theo Lima, Twitter’s Head of Marketing was able to outwit him in the heads-up play. So, Ronaldo de Lima poker skills were good for a second-placed finish. Theo Lima got the PCA 2016 Main Event package by winning the celebrity tournament.

The European Poker Tour (EPT) will be held once again and will be sponsored by the popular internet gambling destination PokerStars. The prestigious event will take place in the elegant Portomaso Casino which gave venue to many great competitions in the past. 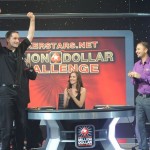 Poker playing priest is the new nick name of a Catholic paint-ball playing Father Andrew Trapp who made big news recently for his appearance on Poker Stars Million Dollar Challenge. Not only did the poker playing priest appear, but he almost made it through the last round. Though he didn’t win, he was able to raise $100,000 toward the construction of a new church in South Carolina.

Trapp’s final episode aired Sunday, and was watched by he and dozens of fellow church members at St. Michael’s. Trapp said he hopes his brief television fame shows people that priests are normal people. “This is an opportunity, hopefully, for people to see a young guy that’s a priest, that’s normal, that can have fun, have friends and try to do something great for the church.”

Fr. Trapp, the poker playing priest lost the final round of Fox TV’s “Poker Stars Million Dollar Challenge” on Dec. 27; but he still won $100,000. The winner was a 9-11 first responder at the World Trade Center.

Known as “Father Rambo” for his paintball play, the poker priest held rosary beads in a hand against Salley. After beating the former Pistons Bad Boy, Trapp shocked Rousso, and took home the six-figure prize when poker star Negreanu misread the strength of Trapp’s cards.

Trapp immediately donated all winnings to the St. Michael’s Church in Garden City, SC, where he’s associate pastor. His goal was to win the million dollar prize to help St. Michael’s build a new church, which is currently $1.5 million dollars short of its goal. In an interview, Trapp said, “I think I represented the church and the priesthood well, which was my main goal…I think my parishioners will be proud of me.

Overcrowding isn’t the only issue at the Garden City church. Should a strong hurricane go through the area, St. Michael’s probably wouldn’t be standing in the aftermath.

As of Christmas, about $4 million was raised for building a church that’ll be at par with safety codes, hold over 900 people and bear hurricane-force winds. It’s a big upgrade from the old church. The project hopes to give new hope to worshipers at St. Michael’s.

Trapp’s played his role in bringing a new church to his parishioners. The poker playing priest appeared on the Poker Stars Million Dollar Challenge playing for $1 million wanting to break ground on the multi-million dollar construction project.

Trapp lost in the final round of the show to poker pro, Negreneau, but walked away from the competition with $100,000. The cash, he says, is going straight to who needs it the most — his parish.

The poker playing priest‘s winnings from Hollywood is putting quite the dent in construction costs for a new and improved St. Michael’s. There’s just $1.5 million to go, and those who gather at church each week say they’re more than thankful for such a generous donation to their future.

Poker playing priest went to take part in the Poker Stars Million Dollar Challenge on behalf of his parish on a mission to raise cash for a new church. Playing poker online for real money has become extremely popular in recent years. As more and more people get high-speed internet access in their homes, and learn how easy it is to get online and join an poker site, the popularity of internet poker just continues to grow. These days, anyone can log in and join a tournament or sit in on a quick cash game, and play against real people from all corners of the globe. Some players have had such success that they quit their day jobs and live exclusively off of their online poker winnings!

But therein lies the problem – for anyone who is not quite ready to pull up anchor and give up their working lives, it can be hard putting aside enough time to get started in the world of online poker. Playing at work is obviously not an option, so that leaves playing at home, where the whole family is competing for time online, and where other responsibilities inevitably end up coming first.

The solution is simple: play in between. Pick up an iPhone or a  netbook computer, They are basically mini laptops that are designed for ultimate portability. They are small, light, and have great battery life. But are they well suited to playing online poker?

There is a misconception about mobile phones and netbook computers that says they are not powerful enough for things like games and videos, but this simply is not true. While netbooks do have less computing power than the average desktop computer, they are still miles ahead of what was standard just a few years ago, and they have more than enough power to handle internet poker software.

More importantly, many online poker sites don’t even require players to download or install anything extra in order to play. Their software is designed to run across the internet, right inside the player’s favorite web browser. This is perfect, since iPhones and netbook computers are basically designed to run online programs in this way.

To play real money internet poker on an iPhone or netbook computer, players only need to find an open Wi-Fi connection, get online, and then can log in from wherever they happen to be. Whether it’s lunch at the café on the corner, a three hour airport layover, or a study break between lectures, if you have your iPhone or netbook along, you can spend all your free time winning money by playing poker online, anytime and anywhere. 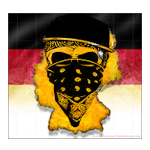 As if the European Poker Tour weren’t exciting enough of an event, last week’s was heavily intensified. Knowing that there was a lot of cash at stake, a group of thugs made a successful attempt at armed robbery in the ritzy Grand Hyatt Berlin.

German police hunted for 4 bandits who stormed a poker tournament in Berlin and stole about $335,000 in cash in a brazen daylight heist on Monday. The armed men rushed into the European Poker Tour event at the Grand Hyatt Berlin. According to the Berlin police spokesman, Police are analyzing video footage of the crime, dusting for prints and talking to witnesses.

Surveillance footage outside the hotel caught one robber without his mask, but only from behind. At least 2 of the 4 men were armed, one with a machete and one with a revolver, he said.

An armed gang that staged a brazen heist on a $7 million Berlin poker championship can be regarded as amateurs and will be caught soon, according to the head of the German police. The masked gang of 4 burst into the Grand Hyatt hotel in central Berlin, wielding machetes and handguns and made off with 242,000 euro in cash, while leaving mountains of evidence.

Though there are still “no hot leads” on the robbers, a police spokeswoman said investigators are “confident” that the “relatively large amount of material” they are sifting through will soon result in hard evidence.

After five days, American online poker star Kevin “ImaLuckSac” MacPhee carried off the one million euro top prize. The competition’s total prize pool was 4.7 million euro, according to the European Poker Tour, which organised the event.

Armed robbers have stormed a luxury hotel in central Berlin where a poker tournament was taking place. One report said the gang – armed with assault rifles and hand grenades – made off with the tournament jackpot of $1.1 million. There were injuries due to the ensuing panic but no one was seriously injured.

Four robbers entered from Potsdamer Platz while two others allegedly kept watch, according to Tageszeitung. Images of the chaotic scenes were broadcast by the private n-tv television station. Officials said most of the injuries were caused by panic.

The European Poker Tour (EPT) tournament – resumed about 4 hours after the attack, according to German media sources.