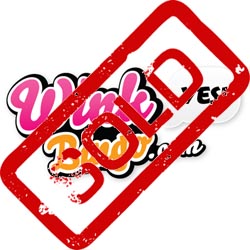 Online gaming company 888 just agreed to buy Wink Bingo for a price that could reach as high as $96 million. Following a large down payment, the remainder of the price will depend on the site’s performance in coming months. 888 made the purchase to increase their presents in the rapidly-growing online bingo market.

Online gaming company 888 just agreed to acquire Wink Bingo from its current owner Daub Ltd for as much as 59.7 million pounds, and said that current trading remains strong and in line with projections.

888 develops new gaming products like bingo to help offset the effect of online gambling becoming illegal in the United States two years ago, which lead to the loss of half of the group’s sales income. Today, bingo is the fastest growing area of its online business.

“We are delighted to announce the Wink Bingo acquisition as an expansion of our B2C online Bingo footprint in the lucrative UK market. The transaction is financially attractive and will be earnings enhancing,” said Gigi Levy, 888’s CEO.

Details suggest 888 will first pay 11 million pounds to Daub on completion, followed by subsequent payments based on performance. Payments are set between five and six times the businesses earnings before interest, tax, depreciation and amortisation in the year to March 31, 2011.

Gibraltar-based 888 Holdings Plc. Recently agreed to buy Wink Bingo for as much as £60 million ($96 million) in an effort to enhance the company’s presence in the online bingo market, which is the fastest-growing area of the internet gaming industry.

An initial payment of £11 million will be given to Wink’s current owners Daub Ltd., followed by as much as £48.7 million in late 2011 depending on performance. This second payment is capped at £59.7 million.

With this acquisition, 888 hopes to catch up with bingo competitors Gala Coral, PartyGaming and Gamesys. In July, 888 lost a bidding war with PartyPoker when trying to acquire Cashcade, owner of Foxy Bingo, which also sold for £96 million.

888 reported that trading in this fourth quarter remains strong, showing growth of about 8 per cent over the third quarter of 2009.

Online gambling company 888 today dished out £60 million for an internet bingo business that started less than two years ago.

888 will pay Daub Limited, owners of Wink Bingo, as much as £59.7 million for the bingo business, which also includes the brands Posh Bingo and Bingo Fabulous.

The fast-growing industry of internet is very attractive to online gaming firms like 888 and PartyGaming, which are both constantly looking for partnerships.

Wink Bingo was just launched in 2008 but already supports more than 60,000 active members, making it one of the more popular bingo sites on the net.

888 will pay £11 million up front, with the remainder of the price possibly reaching as high as £59.7 million – this depends on the site’s performance in the next year.

888 chief executive Gigi Levy said: “We are delighted to announce the Wink Bingo acquisition as an expansion of our online bingo footprint in the lucrative UK market.

“The Wink team has a proven track record of excellence and will be a great addition to our growing bingo business.”

Levy also remarked that trading at 888 “remains strong and is in line with management’s expectations”. 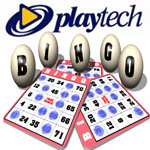 The online gaming software giant Playtech has purchased the internet bingo company Virtue Fusion in a deal worth up to £36 million. Virtue Fusion currently supplies more than 20 groups with online bingo services. The deal is expected to push Playtech to the forefront of the international online bingo industry.

The internet gambling software giant Playtech just acquired the online bingo company Virtue Fashion in a deal worth up to £36 million. Playtech aims strengthen its presence in the international bingo market.

Playtech will make an initial payment of £29 million pounds in cash, with an additional performance-based payment of up to £7 million in early 2011.

The company says that bingo is one of the fastest growing facets of the online gambling world, and that the the deal will provide them with cross-selling opportunities.

Virtue Fashion currently has more than 20 licensees, including well known brands like as William Hill, Ladbrokes and Paddy Power. They saw a turnover of £12.3 million in 2009.

Playtech’s shares have lifted 21% in the last three months. Shares were up 2.1% to 477 pence after the merger was announced, valuing the company at about £1.15 billion.

Land-based bingo halls in the UK might be struggling, but millions of pounds are pouring through online versions of the game, where bingo is one of the online gaming industry’s fastest growing markets.

Internet bingo entrepreneur Al Haig recently became £25 million richer after selling his Virtue Fusion bingo business to Playtech for an upfront cost of £29 million, with more cash to follow if the business does well.

Virtue Fusion creates online bingo platforms for household names such as Ladbrokes and Sky. Playtech also works in the online gaming business, putting together software for internet casinos, mobile phones and TVs. Virtue Fusion had turnover of £12 million and saw a profit of £3.8 million last year.

Bob McCulloch, Virtual Fusion’s chief executive, is also expecting a pay-out from the deal, and intends to stay with the business for at least two years.

Playtech’s chief executive, Mor Weizer, said the acquisition will make his company a leading player in the international bingo market.

Online gaming software company Playtech is acquiring Virtue Fusion, a developer and licensor of internet bingo products, for an initial price of £29 million in cash, up to a potential £36 million depending on the performance of Virtue Fusion in 2010.

Playtech said the acquisition will transform it into a global leader in online bingo market, complementing its current position in the internet poker and casino industries. The deal is also expected to be earnings accretive in 2010, and will generate “additional cross-selling opportunities”.

In 2009, Virtue Fusion generated £12.3 million in revenues and adjusted EBITDA of £3.8 million, marking a significant increase compared to 2008 revenues of £8.1 million and adjusted EBITDA of £2.3 million in 2008. Playtech is paying a premium price to gain a firm position in the bingo sector, which according to the company is one of the fastest growing online gaming segments.

Virtue Fusion typically sees more than 6,000 concurrent players on their platform. They licence their online bingo products to more than 20 groups, including Paddy Power, Vigrin and William Hill.

“For Playtech, the acquisition significantly enhances its own bingo offering, brings new licensees and enhances its relationships with a number of existing licensees. It also positions Playtech as the leading supplier in all of the key product segments in the online gaming industry, with very substantial liquidity in each of its player networks,” Playtech stated this morning.

“As with poker, network player liquidity is an important element for bingo operators. By linking the operator’s bingo rooms across the network, Virtue Fusion can facilitate more frequent games being offered and higher prize values and jackpots for the same individual stake. Both Playtech and Virtue Fusion’s existing licensees will therefore enjoy the benefits of increased liquidity when their networks are combined.”