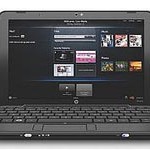 A website has just been launched that aims to help users of netbook computers make the most out of online casinos, because not all casinos are created equal, and not all work well with netbook devices.

Since the advent of the netbook computers a few years ago, “web apps” have been popping up all across the internet. Web apps are programs that run entirely online – users do not have to download or install anything in order to use them. In fact, most programs that users would normally install on their home PCs now have online web app equivalents.

The world of online gambling is no exception. “No download” casino games are becoming more and more prevalent. These games use Flash technology to stream content across the internet, allowing players to enjoy real money casino games inside their web browser from any computer with an internet connection. These no download casinos are perfect for netbook users since there is nothing to install.

Now there is a website dedicated to helping people find the best online casinos to use with their netbooks. CasinoNetbook just launched, but already it offers more than 130 pages of content related to gambling on the internet using netbook computers. A simple sidebar navigation system leads readers through each section.

Essential information about netbook computers is provided, along with netbook reviews and and some recommendations about machines that are particularly well-suited to use with online gambling sites. The relationship between netbooks and online gambling is discussed.

The bulk of the site consist of lists and tables providing links to hundreds of no download casino games, including an entire section dedicated to games that can be played for free, using unlimited casino credits. This is presented alongside information about dozens of online casinos that offer netbook-compatible services, including casino deposit bonuses, online slots and blackjack tournaments, and more.

A blog has also been established on CasinoNetbook. The editors write a new post each day describing their experiences using specific online casino games and casino sites on their own netbook computers. This section gives readers access to first-hand accounts of what they can expect when using the various services that the site recommends.

A 31 year old cook and waiter at a Chinese restaurant in UK is still feeling on top of the world. Two and a half years ago, Mr. Kin Lam won £211,000 playing mobile casino blackjack at Ladylucks Mobile Casino.

Over a 5 day period, while playing mobile casino blackjack only during breaks and after his 16 hour shift, Mr. Kin went on an unprecedented run of cards. Now, two and a half years later, Mr. Kin Lam’s record still stands.

The now x-cook, who currently owns a number of ventures and dresses in a smart business suit, still regularly plays blackjack and has nothing but praise for LadyLucks Mobile Casino.

LadyLucks, officially known as UK’s favorite casino, is powered by the award winning Probability gambling platform. LadyLucks’s well stocked library of mobile casino games has something for everyone no matter how finicky of a player.

Mr. Lam said that his life changed for the better after winning at mobile casino blackjack and that chunk of money has now tripled through his “careful investments and overall business acumen.”

“If you had told me three years ago that I could win this much money just by playing, I wouldn’t have believed you,” he said. “Now I feel free from everyday burdens of life. Cheers!”

Craps, baccarat, blackjack: The best odds in the house 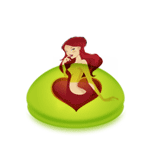 Table games are intriguing and fun. Quite possibly if you play correctly, your knowledge can also be turned into winnings. Too may players, however, go into the games ignorant of the hard numbers involved in some of their favorite games, these players surely often go away surprised, wondering where things went wrong. Arm yourself with a little knowledge, as below run a few of the more favorable odds you can get in craps, baccarat and blackjack.

Though most of the time in craps the house has a massive advantage, but craps does in fact have the single best bet in the casino in terms of favorable odds: the “odds” bet. This carries payout odds of exactly 1/1, the only time you’ll get these odds at the casino outside of the “double up” option in some video poker games.

When you beat “odds” in craps, you are making an additional bet that the “point” is rolled before a seven comes up. The odds vary on what the point is, from 6/5 on a roll of 6 or 8 to 2/1 on 4 or 10. Though statistics say the 7 will be rolled most often, these higher payouts on the “odds” bet balances out the house advantage to exactly 50/50.

Unfortunately, most online gambling sites – like most real-life casinos – require you to make a “pass line” bet first. To get this back in addition to winning at the “odds” bet, well, that’s where luck comes in.
Baccarat is mostly a game of nerves in the European version and mostly entirely up to fate in the American version. Almost all strategy is taken for granted, e.g. the dealer always hits a 3 if the player’s third card is an 8, and the only possible bluffing in the European game happens when the player holds a 5.

Boring but true, then: With a payout of 1/1 on the player, this is your best bet, though ties are to statistically occur between 4% and 5% of the time, so please know the rules and payouts of the particular online casino you’re playing at.

Blackjack is said to have the smallest house advantage of all casino games, a margin of just 1% in favor of the dealer. This advantage is the result of the player busting on hands over 21 before the dealer must take cards. Whether the deals hits or stands on soft 17, regardless of split opportunities and insurance, the player is done just 1%.

Therefore, the best bet you can make in online blackjack are simply the bet you *don’t* make. In one word: Insurance. Buying insurance is the great majority of the time throwing away your money and this extra bet does nothing to swing any odds in your favor. Steadily buying insurance, even if you “win” the expected number of times, just decreases your bankroll.

While the house is believed to always win, this need not necessarily be the case. Simply play smart, always remember what the best bets are, and think about what you’re doing as you play at the casino. Some thought and preparation now means playing money later. 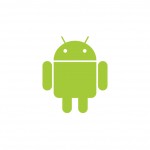 Mobile gaming is nothing new. Even the most rudimentary phones sold today come with a few titles that users can click though in their spare time. Recently, however, mobile technology has reached the point that gaming on-the-go is becoming incredibly advanced, incorporating things like accelerometers, touchscreen interfaces, and 3D graphics accelerators into games to provide a much more engaging user experience.

While mobile telephones have yet to approach the capabilities of dedicated gaming platforms like the Sony PSP or Nintendo DS, they nonetheless offer impressive gaming potential. We took a look at the three biggest names in mobile phone firmware – Google’s Android, Apple’s OS 4, and the open-source alternative Symbian. Our goal was to answer one simple question: which mobile operating system is better for mobile gaming?

For each system, we looked at two types of games – dedicated and online. Dedicated games are anything written specifically for that platform; these usually need to be purchased, downloaded and installed in order to be enjoyed. Online games are just that – they’re out there on the internet, and users just have to point their phone’s web browser at them in order to play. These web games use either flash or java technology, and can range from simple Tetris clones to real-money casino games like slots, poker, or blackjack.

Released in October of 2008, Google’s Android mobile operating system is based on a Linux kernel. As of early 2010, it is the fourth most popular smartphone platform, at least in the US.

The Android OS supports both accelerometer and multi-touch interaction. It offers excellent graphics capabilities, especially when it comes to its 3D rendering potential. Games like the popular HomeRun Battle 3D really show what the device is capable of. Visually, Android games can rival the Nintendo DS, and devices that offer a touch-screen interface make the comparison even more apt.

Online gaming on the Android suffers. Its java support is mediocre, and as of yet, it does not support flash, so most online games won’t even run on Android devices. Fortunately, full flash support has been promised with the v2.2 update, due out later this year. 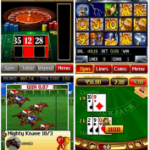 Apple’s upcoming update to their iPhone, iPad and iPod Touch software has been making headlines recently. It offers several great updates to the existing version, most notably its multitasking capabilities.

For gamers, however, not much is new. Apple has been shouting about the new Game Center, but users seem less excited. It’s basically a clone of Xbox Live, offering multiplayer gaming over networks. While Apple is in the lead in this department, we will have to wait to see how this pans out.

Beyond the new Game Center, OS 4 supports an enormous variety of downloadable games, available through the Apple Apps Store. Many are free, and those that aren’t come very cheap. The variety is outstanding, and the quality is often jaw-dropping, especially when enjoyed on an iPad.

As for online gaming, OS 4 fares quite well. Despite its lack of flash, there are many dedicated iPhone games that can be played instantly on the internet. In addition to many 3rd party providers, Apple hosts a huge selection of “official” web apps on its homepage. 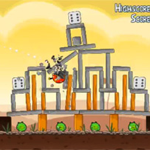 This open-source smartphone platform has been in development for a while, but its code was just released in February 2010. Nearly half of all smartphones sold are based on the Symbian OS, making it the world’s most popular mobile operating system.

Most devices out there still run on older Symbian versions. In fact, at the time of writing this, only one device supports the new Symbian^3 – the Nokia N8. Its touch screen, HD screen and 3D graphics accelerator beg for hardcore games to push its limits.

Unfortunately, Symbian is behind the times, and has quite a lot of catching up to do before it can compete with Google or Apple for a top spot in the mobile market. Yes, the numbers are in Symbian’s favor, but if we look at quality over quantity, it comes in last.

Oh yeah, games – Symbian offers excellent java support, making it good for web-based games, but since most Symbian devices don’t offer touch screens, they can be cumbersome to play. Dedicated games for the Symbian are rare, and tend to look and play like the best games from five years ago.

It’s hard to say. Symbian falls gently into 3rd place, that much is clear, but Apple’s OS 4 and Google’s Android battle hard for the number one spot. Apple definitely has the “wow factor” going for it, and the number of games available is astonishing, but with Android getting flash with the next update, it will offer something that iPhone users have been after for years.

At the end of the day, we are tempted to call Apple OS 4 the winner of the mobile telephone gaming war, but the world moves fast, and Android is catching up fast.