In recent months, online casino games have found their way to Apple’s astonishingly popular mobile device: the iPad. With its large, crisp screen and unique multi-touch interface, the iPad is the ideal platform for mobile gambling. The range of iPad casino games offered is still not huge, since games need to be custom programmed to work perfectly on the iPad, but there are still some great titles out there.

One of the best is Microgaming’s biggest progressive jackpot slot: Mega Moolah. This African safari themed slot game is responsible for the biggest online jackpot in the history of mobile gambling: over $6 million!

Right now, the Mega Moolah progressive jackpot is sitting at over $2.4 million, and this money can be won by playing Megah Moolah on an iPad over at Platinum Play Mobile Casino. Just imagine sitting on a bus or lounging at the beach and making that one lucky spin, winning this huge cash prize. It’s a dream come true!

Mega Moolah is also available on just about every other mobile device imaginable, and can be found at the top iPhone and Android casinos, as well as more generic mobile casinos that offer support for standard phones and smartphones. Mobilize your gambling today and start winning while on the go!

Nigel Page was recently ordered by courts to pay £2m of his winnings to his ex wife, who left him for another man more than ten years ago. Wendy Page, 43, tried to get £8m from the jackpot winner, but settled out of court for a quarter of that amount.

Mr. Page offered to put the £2m into a trust fund for their 13 year old daughter, but the idea was shot down.

The legal president for the case is a rule called the ‘clean break’ clause. It says that says in a divorce situation where one person pays maintenance to the other, the other can ask for a lump sum of money and a clean break rather than taking ongoing payments. It is suspected that if the case went to court, Mr. Page would have been required to pay much less than £2m, but it seems he settled for the number to avoid the hassle of a legal battle.

Meanwhile, Nigel Page has re-married, moved into a £4million house with a private cinema and an indoor swimming pool, and is known to give regularly to local charities.

Bad Beat jackpots are becoming a popular trend, both online and offline. They are progressive jackpots attached to online poker games that are distributed to all the players at a table when one player loses to another with a very high hand. At Carbon Poker, the winner of the hand takes 17.5% of the jackpot, while the loser walks away with 35%. The rest of the cash is distributed to the other players at the table.

This week, player dk2112 won $156,402 in cash at a Bad Beat table. He was playing $.50/$1 no-limit at a table with a pot of just $55 when he won the big prize. He entered the table with pocket 7’s, which turned into quad sevens by the end of the hand. His confidence was shattered when his opponent BlackOutBob dropped quad 8’s.

Since dk2112 lost with such a strong hand, the Bad Beat Jackpot was set off, giving him the $156,402 prize. In fact, quad 7’s is the lowest hand that can trigger the jackpot, making dk2112 doubly lucky! BlackOutBob won the $55 pot but also took home $78,201 from the Bad Beat Jackpot. The other five players at the table were rewarded just for being there, getting $13,033 each.

While this is a pretty big jackpot win, it is nothing compared to the Carbon Poker record. Their largest ever Bad Beat Jackpot was $1.2 million, won on a Friday the 13th! Carbon Poker execs hope this figure will someday be trumped, but in the meantime, the jackpot has been reset to $100,000 and will continue to grow until it is won once again.

Tommy Faul of Cankton, Louisiana, recently turned 60. For his birthday, his sister-in-law sent him a card with a World Champions New Orleans Saints lottery scratch ticket stuck inside. The ticket was a winner, and now Faul is $100,000 richer.

Faul’s sister-in-law actually bought two of the $5 lotto tickets. She scratched on off herself, and put the other inside the birthday card.

“It feels unbelievable to win,” said Faul. “My wife kept saying ‘this can’t be true’ so we had our son take it to the convenience store to be sure it was true and it was.”

“I work three jobs because my wife is disabled. We plan to pay off her car and the house, and take care of my wife’s sister, too.”

News reports did not share the sister’s reaction to the news.

The tickets came from Butch’s Food Mart & Deli on Main Street in Arnaudville. The store just opened recently, so employees there were excited about the winning ticket.

A few years ago, 25-year-old Jack Ellwood was an economics and mathematics course at Bristol University. Today, he calls himself a professional poker player, and judging by his annual earnings, it seems that he is very good at his job.

Ellwood has won more than $1.4 million this past year playing poker, and about a million of that is pure profit. Originally from Newcastle, England, he now travels around the world playing in casino blackjack tournaments – this year alone he has played in Las Vegas, Barcelona, Cannes and Vienna. He also makes quite a lot of money playing at online poker sites, and is currently ranked the 12th best internet poker player in the world.

“I still can’t quite believe how well I have done,” said Ellwood. “It all changed last February when I came second in a tournament in Manchester and won £37,500. That was my big break, and it left me with more money to buy into tournaments with big prize pots.”

So far, his biggest win was $500,000 which he earned playing in an online poker tournament.

Ellwood doesn’t regret leaving university to peruse a career as a poker player. “It beats a nine to five job and being my own boss and jetting round the world is amazing,” he says. “When I dropped out to play poker I think my mum was a bit shocked though.”

A leading online bingo portal recently did a study on the average amount of money won by regular users of online bingo sites. The results say that out of all online bingo players, almost 90% have recorded a cash win.

Even more surprising is that out of all these hundreds of thousands of online bingo winners, a full 46% of them have recorded wins of $100 or greater. The numbers do get lower as the prize amount increases, but the results are still encouraging. Of all bingo winners, 17% have experienced wins of $250 to $500, and another 17% have seen single wins greater than $500. Note that the study only recorded individual wins, and didn’t count how much these players have won over their entire online bingo careers.

Larger online bingo are known happen. Many of the top online bingo rooms offer progressive bingo games and coverall games with jackpots in the thousands. The biggest wins at online bingo sites, however, happen on the side games. The current record for the largest single win at an internet bingo room is £1.96 million, won on a progressive jackpot slot called Deal Or No Deal in September 2010 at the popular online bingo site JackpotJoy.

2010 World Series of Poker was the 41st annual WSOP tour. The tour culminated in the Main Event held at the Rio Hotel and Casino in Las Vegas. The event stated back on 03 July, but after reaching the final table of nine players on July 17, the final table was delayed until 06 November.

PokerStars-sponsored Duhamel beat out 7,319 other players to capture the win. Of the nine players who competed at the final table last weekend, only Michael Mizrachi had ever one a WSOP bracelet, but the American only finished 5th this year.

After winning the 2010 WSOP Main Event, Jonathan Duhamel announced that he would be setting aside $100 000 of his winnings to the Montreal Canadiens Children’s Foundation, purportedly the largest donation that the group has ever received from an individual.

“It’s an enormous amount,” said Canadiens spokesman Donald Beauchamp. “It’s quite remarkable, and this was completely his idea. We had nothing to do with it. So to do this for the foundation is truly appreciated by the entire organization.”

Jonathan Duhamel started his poker career just three years ago, with a $100 investment at an online poker site in Canada.

Playtech online casino software runs some of the most unique casino games on the internet: the Marvel Heroes slots. These slots, all officially endorsed by Marvel Comics, are attached to a series of four progressive jackpots, the largest of which is now sitting at over $750,000.

Marvel was founded back in 1939 as Timely Comics, and has grown over the years into one of the most prominent comic book publishers in the world. Their superheroes, some of the most recognizable fictional characters in the entire world, have been syndicated into video games, feature films, cartoons, and endless other media.

Marvel Heroes online slot games started coming out a few years ago, and were an instant hit. Today, there are 17 different slots in this series, featuring all the popular Marvel comic book superheroes including Spiderman, Thor, X-Men, Captain America, Blade, Elektra, and many others.

Canadian couple wins $11 million and gives it all away

It was a “big headache” said the couple, now in their 70s. They were living comfortably before the big win, but after becoming millionaires, they became concerned with being taken advantage of by “crooked people”.

The money has been donated to a list of charities more than two pages long. Beneficiaries included organizations that fight cancer, Alzheimer’s and diabetes. The couple also gave to their local fire department, to churches and cemeteries in their area, and to the Red Cross and Salvation Army.

“That money that we won was nothing. We have each other,” said Allen. Violet was also positive about their good deeds: “There’s so much good being done with that money. We’re the lucky ones. I have no complaints.”

The couple kept about two percent of the winnings for themselves, and are not looking forward to doing their taxes this year. 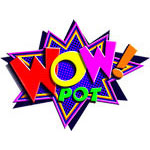 Online gambler M.L. hit the jackpot last week while spinning the reels of a WowPot slot game at Crazy Vegas Casino. This lucky player was overjoyed when he won the game’s progressive jackpot, taking in a prize of €11,066.67!“

Congratulations M.L.,” said Trevor Penn, manager of Crazy Vegas Online Casino. “We are very proud that you have won the Progressive on our Progressive Network. It is such a powerful feeling, knowing that it takes just one spin and you can win the next big jackpot. We are sure that this is going to be a bright start of a stunning gaming career for you. We look forward to seeing your name up in lights more often. Well done and keep up the great playing.”

The WowPot jackpot is linked to two progressive games, both designed by Microgaming. The first is WowPot 3 Reel, an old style slot with a realistic interface. The other is WowPot 5 Reel, a more modern 15-line video slot. Both games feature classic slot symbols like bars, fruit, and 7’s.

It’s not clear which game M.L. was playing when he won, since both are connected to the same jackpot. The WowPot series are just two of the many Microgaming jackpot games available at Crazy Vegas Casino. Right now, the largest progressive prize available is the Mega Moolah jackpot, which is at $2.2 million and rising!