Djokovic v Federer Result Was a Beat Up 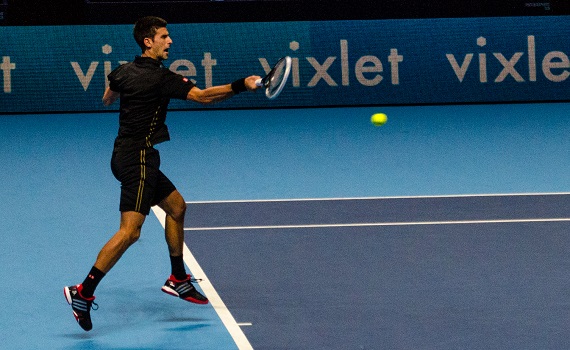 Djoko seems to be invincible, once again

The two greatest tennis player met on Thursday, but the Djokovic v Federer result was a thrashing this time.

Roger Federer was in outstanding form at the 2016 Australian Open. Novak Djokovic were struggling to find his best form. So, the Swiss superstar, at 34, could be hoping for a miraculous run for the title this time.

However, as it happened before, the world’s No. 1 was not kidding against his biggest rival. He beat up hard his opponent in the first two sets, sports scores news report. After that, Federer was able to win a consolation set and he was up Djokovic v Federer result was a beat up.

The Serb staged a performance so hard that no player in the world would have been able to resist to that. He would have probably swept aside even Stan Wawrinka, irrespective of the Swiss having his best day.

So, from the Djokovic v Federer result, it seems that Nole hav found his best form in the best possible moment. As he usually does at Grand Slam tournaments. In the final, either Andy Murray or Gael Monfils will be his opponent, there would be a huge upset if the Serb would go down, as experts of gambling facts know well. And maybe suspicion of another Australian Open betting scandal would be raised instantly.