Rams Relocate to L.A. for the Second Time

The Rams are back to Los Angeles! (Photo by Sportslogos.net)

After the NFL owners’ meeting in Houston, the league let the Rams relocate to L.A. for the 2016 NFL season.

Professional football fans in Los Angeles were waiting for sports scores news to report the Rams relocate to L.A. for 22 years. It was after the 1994 season that the franchise had moved to St. Louis. They arrived to win a Super Bowl in 1999, than to fall back to mediocrity.

Los Angeles Rams. … That’ll take some getting used to

Their aging stadium left two choices for them. To seek for possibilities to build a new stadium, or to get away. The city of St. Louis was eager to avoid the Rams relocate to L.A. They offered to build a $1.1 billion riverside stadium, next to the Mississippi. However, Stan Kroenke, who became full owner of the franchise in 2010, was known to be committed to the Rams relocate to L.A. for long.

The San Diego Chargers and the Oakland Raiders also submitted relocation applications to the league last year. There was plan ‘A’, ‘B’ and ‘C’ with different stadium scenarios. Plan ‘C’ has convinced the NFL owners eventually, gambling news report. According to that, the Rams relocate to L.A. immediately for the 2016 season. They will play in their own stadium in Inglewood by 2019. The San Diego Chargers have the opportunity to join them and share the facility from 2019. If they turn down the offer, the Oakland Raiders can opt to become the next Los Angeles NFL franchise. 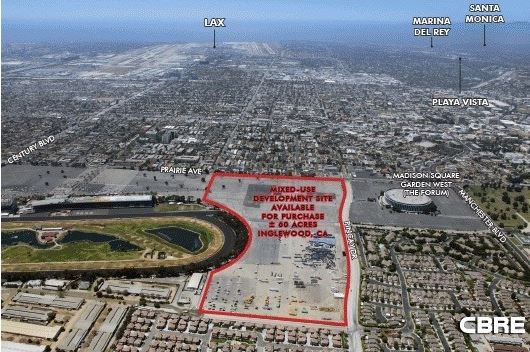 However, it seems that the Raiders are now committed to stay in Oakland and build a new stadium there. Currently they share the O.co Coliseum with the Oakland Athletics baseball franchise. However, the city has a plan for the new stadium and the NFL is also willing to contribute $100 million to the project. This also goes for the Chargers, if they decide to remain in San Diego and build a new stadium there. Chargers owner Dean Spanos couldn’t say whether he intended to take the opportunity to move the franchise to Inglewood or not. He said, “I will be working over the next several weeks to explore these options that we have now created for ourselves to determine the best path forward for the Chargers.”

With how NFL thinks and logistics work, would be an upset if the Los Angeles Rams didn’t open 2016 season at home on Monday Night Football. — Adam Schefter (@AdamSchefter) January 13, 2016

The last NFL relocation happened in 1997. Then the Houston Oilers left Texas for Nashville, Tennessee. It was expected that Los Angeles would get an NFL franchise, when the decision was made about an expansion team in 1999. However, the city of Los Angeles were unable to agree on the stadium with the league. Therefore the expansion team went to Houston and the Texans joined the NFL as the 32nd team in 2002.