RG3 Trade in the Air? 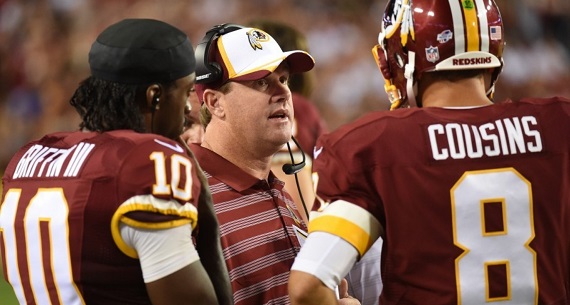 The Washington Redskins are reportedly plan to make an RG3 trade, as the franchise quarterback seems to be surplus to the team.

However, the owners are allegedly against the RG3 trade. Robert Griffin III was the second overall pick in the 2012 NFL draft. Followers of live sports results might remember that he had an amazing rookie campaign, however, injuries struck and sophomore slump hit him too. He failed to retain his rookie form since, and it seems that head coach Jay Gruden doesn’t rate him as an outstanding QB.

Gruden took over the team before the previous season, however he wasn’t able to improve the team much. Scot McCloughan was named as new general manager this year to help to rebuild the team. The first big issue – among many – he will have to sort out is the quarterback issue and the possible RG3 trade.

It seems that virtually everyone at the Washington Redskins want an RG3 trade, online gambling news report. Except the owners, who still hang on their former 1/2 pick. According to team and league sources, the Redskins offered an RG3 trade for a few NFL franchises. There were no interest for Robert Griffin III, however.

It seems that Griffin ceased to be the starting quarterback in Washington, D.C. Maybe he will be removed even from the roster in the coming days. An influential part of the Redskins coaching staff is ready to forget RG3 for good. Since it doesn’t make sense to keep a former franchise QB on the books in surplus, they are willing to make an RG3 trade. However, they might not have the power to get rid of Griffin. 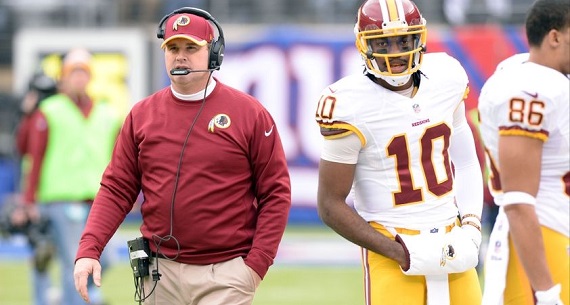 Will an RG3 trade finalize the parting of the ways? (Photo: USA Today)

Teams will name their 53-man roster for the start of the season in the coming days. Scot McCloughan took over the team as general manager this year to rebuild the team, as sports scores followers might remember. He is expected to play a key role in making the decision whether to ditch Griffin or not.

It won’t be easy to arrange an RG3 trade. Griffin has a guaranteed USD 16.1 million on his contract for 2016. The Redskins decided to keep Griffin on the books using the fifth-year option of his deal. When the decision was made in April, it seemed that the Redskins will need him for 2016. Now it seems that that move was unthinkingly made or forced on the front office by the ownership.

Jay Gruden is 2.20 (6/5) favourite to be fired first in 2015 among NFL head coaches at GTbets. According to that, it seemed that he might loose out on the RG3 issue eventually. It turns out that he just might outlast the quarterback at the FedExField. But maybe only just, if his team fails to improve this season.

The injured Robert Griffin III didn’t participate in the third preseason game of the Washington Redskins. It seems that he still might have been hurt though. Kirk Cousins stood in for him when the starters took the field. The former Michigan State QB was praised by head coach Jay Gruden for his performance after the 31-13 victory over the Baltimore Ravens.

Griffin was cleared to play on Thursday after suffering a concussion, online mobile news reported. However, on the next day it was announced that he was unfit to take the field. And maybe he won’t take a snap in the Redskins’ preseason opener against the Miami Dolphins either. Especially as an RG3 trade can possibly happen before the start of the regular season. Washington are 2.55 (31/20) underdogs to win that match according to GTbets. 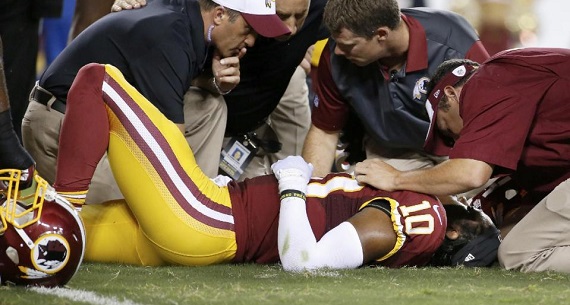 Gruden was asked which quarterback will start against the Dolphins in the first 2015 regular season game of the Redskins. Gruden however refused to answer. He said, “First of all, I need to read these reports. These reports are confusing.” It seems that Griffin was announced to be cleared to play without reading the medical reports thoroughly, and after that came the new announcement about the player being unfit to play. It suggests a certain level of incompetence indeed.

And reports suggest that Cousins will start against the Dolphins. Moreover, a possible RG3 trade is circulating in the news in these days. Gruden dared to say that he doesn’t have a quarterback issue at all. However, he did not name franchise quarterback Robert Griffin III as his starting QB when the player was healthy. He said instead, “I believe we have three NFL-caliber quarterbacks on our team”. Which means that he is undecided. And now with a rumored RG3 trade… It seems pretty much like a quarterback issue.