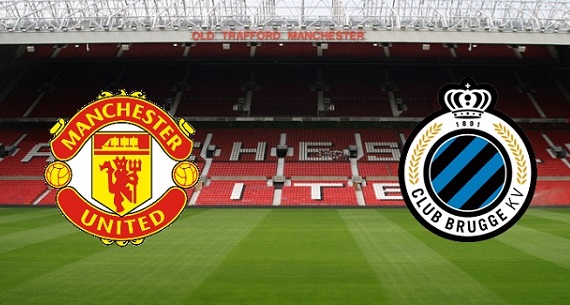 Man United is the overwhelming favorite of the fixture, especially at home.

The Red Devils have to emerge as victorious from the Man United v Club Brugge qualifying tie to get back to the Champions League after one year of absence.

After a very disappointing year with David Moyes that saw Manchester United finishing as low as 7th, Louis van Gaal took over the Red Devils. The Dutch genius led them back to the Champions League in his first year as United manager. However, Wayne Rooney and co. finishing fourth meant that the team had to join the competition at the play-off stage of the Champions League Qualification, starting with the Man United v Club Brugge fixture.

Teams like Valencia, Bayer Leverkusen and Lazio will also involved in the midweek qualifiers. However, many eyes of sports scores fans will be at Old Trafford, since the Red Devils start their Champions League campaign at home. The hosts are 1.29 (2/7) favourites according to Bet365, while a draw in the Man United v Club Brugge qualifier is priced at 6.00 (5/1), gambling news report. The Belgians are 8.00 (7/1) underdogs at Bet365.

The Red Devils failed to qualify to the Champions League for the first time in 19 years with David Moyes. This means that Louis van Gaal will make his Champions League debut in the Man United v Club Brugge qualifier with his current team. The Dutch manager and his side have to eliminate the Belgian outfit to reach the group stage of the competition.

According to Van Gaal, the Man United v Club Brugge qualifiers could determine United’s whole season. He also highlighted the importance of a clean sheet ahead of the first leg. He said, “It’ll be a big two games in fact – they could help set us up for the season. What we have to gain is very important, but you approach both matches as any other games. We want to win on Tuesday and not concede.” 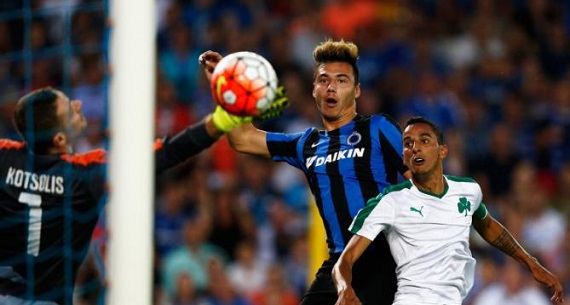 Brugge advanced to the 3rd qualifying round by overcoming Panathinaikos (Photo: Getty Images)

United starting the season with two 1-0 wins might boost their confidence. Keen followers of live sports results argue that the Red Devils weren’t this organized at the back in two years. A clean sheet from the hosts in the Man United v Club Brugge qualifier is available at 1.80 (4/5) in Bet365’s selection.

Club Brugge reached the playoff by eliminating Panathinaikos by a 4-2 aggregate score in the previous round. They also reached the Europa League quarter-finals last season, putting together a 15-match-long run without a defeat. They only conceded six goals during that series. It seems unlikely though they will be able to keep a clean sheet this time. Though injuries hurt them in the attacking department more seriously, they will also miss right-back Thomas Meunier due to a knee injury. The hosts will have only one absentee, Phil Jones, who is out for two weeks with thrombosis.

According to many pundits, the Red Devils were far from convincing in their first two league matches in the 2015-16 season. However it is hard to expect anything other than a home win in the Man United v Club Brugge Champions League qualifier. Wayne Rooney is favourite to open scoring with odds of 3.75 (11/4) at Bet365. In United’s last match, Adnan Januzaj registered the winner against Aston Villa on Friday. He is available to score against fellow Belgians at 2.88 (15/8).

Man United v Club Brugge will be the teams’ first meeting in European international club competition. The Belgians have some sour memories of English sides in UEFA competitions. They were defeated by Liverpool in the 1976 UEFA Cup and in the 1978 European Cup finals as well.

The hosts have won their last three home matches against Belgian sides. They met Anderlecht on all three occasions and registered a tally of 18-1. The Red Devils made their debut in European club competition against a Belgian side. It was in the 1956/57 edition of the European Cup, and the opponents were Anderlecht once again. They went home with a 10-0 defeat. This is United’s biggest victory in European football. Another big margin United success would be beneficial for punters, as the hosts are available with a -2 handicap at 3.00 (2/1) on Bet365‘s handicap betting market.

Belgian teams were able to score at Old Trafford only one goal so far. That was provided by former Czech international striker Jan Koller. He found a net in a 5-1 defeat fifteen years ago. That was the latest United home match against a Belgian side. Both teams to score in the Man United v Club Brugge qualifier goes for 2.20 (6/5) at Bet365.

Experts of gambling facts might now that Club Brugge have never won in England so far. They registered two draws and nine defeats in their previous 11 visits. The last time that the Belgian outfit reached the group stage of the Champions League happened ten years ago. This could come through a huge upset only this time, priced at 7.50 (13/2) by Bet365.

However, this is quite unlikely, considering United’s strength and the fact that they have never lost a qualifying tie in the competition. They lost only one game so far from their 16 qualifying matches – that came in 2002/03, when Zalaegerszeg defeated them 1-0 in Budapest.