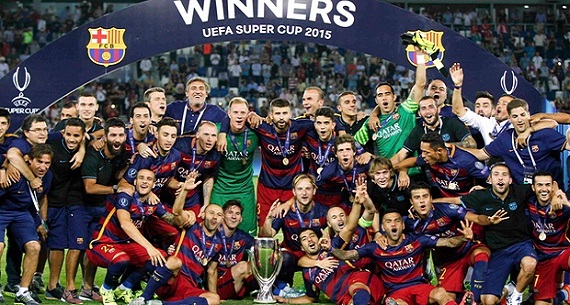 Barcelona won the UEFA Super Cup in 2015. It was harder than expected (Photo: Reuters)

Barcelona and Sevilla played a UEFA Super Cup final in Georgia that will stuck in our memories forever.

Tbilisi hosted a game on Tuesday night that will remain in the memories of sports scores followers for long. The UEFA Super Cup was special before it started. This was the first such game in Tbilisi, Georgia. And this was the first occasion, when the Europa League winners arrived with a spot secured in the Champions League through their cup victory. Not to mention that we saw another all-Spanish final.

Luis Enrique’s side had the task to reach their fifth UEFA Super Cup victory, but they almost slipped on the way. However they only threw their three-goal lead, not the whole game. Pedro saved them again, and probably for the last time. Barcelona leveled AC Milan’s achievement, winning a record five UEFA Super Cups. Though Pedro is about to leave, this team have the chance to defend their Champions League title. They are 4.00 (3/1) favorites at Bet365 in that regard, while Sevilla is available at 81.00 (80/1).

It was Pedro Rodriguez again. The forward, who won everything a footballer ever can, scored the winner in the 115th minute of a UEFA Super Cup. He did it again after 2009. In the same minute. And this will possibly be his last goal for Barcelona. At least this term, as latest gambling news report that he is on the way to Manchester United indeed. 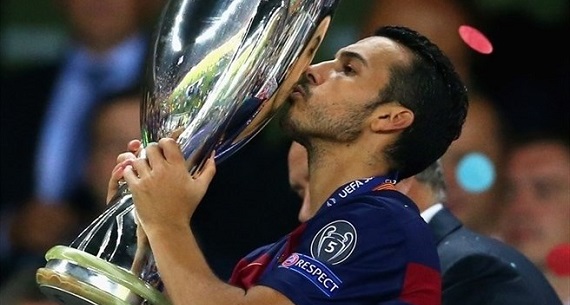 Sevilla’s Argentine midfielder Ever Banega opened the scoring with a beautiful free-kick in the third minute. Marc-Andre ter Stegen had no chance. This was the fastest goal in a UEFA Super Cup final. However, in further 13 minutes it was Barcelona who had the lead. Lionel Messi first mirrored Banega’s free-kick and found Beto’s net from just outside the penalty area. Then he smashed in another free-kick to the near corner from much further, stunning many of those, who follow live sports results.

Barcelona added two more through Rafinha and Luis Suarez, so it was 4-1 in the 52nd minute. The game seemed to be settled, so Barca slowed down. But it was far from over, as Unai Emery’s side had the determination and the energy to come back. Jose Antonio Reyes and Kevin Gameiro both scored to make it 4-3 with 20 minutes to go. After both were substituted, their double’s equalized, as Ciro Immobile set up a goal for Yevhen Konoplyanka. So it was 4-4, and Barcelona had to deploy Pedro for the extra time, who duly scored the winner for Barca after another free kick from Messi.

After the UEFA Super Cup, Lionel Messi said that he was lucky with his free kicks. Barcelona won the match 5-4 against Sevilla, and the Argentine genius scored two goals from free-kicks in the first 16 minutes. He has now 80 goals in UEFA club competitions, online mobile news report, the same tally as Cristiano Ronaldo. This is a record of course. 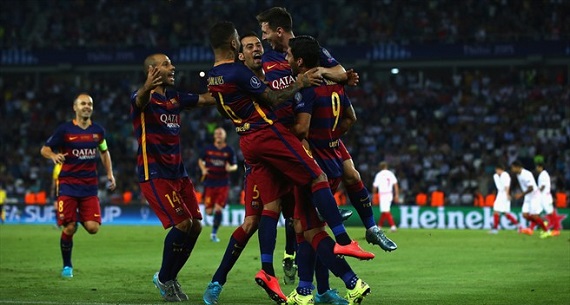 It was the first occasion in his career when Messi managed to score two goals from free-kicks in a single game. He said, “I’ve just been lucky enough to score those and I’m very happy the team won and very grateful to everyone for their support and such a warm welcome.”

The UEFA Super Cup is Barca’s first trophy in the 2015-16 season, but in the fourth in this calendar year. Next they will have a shot at the Spanish Super Cup against Athletic Bilbao. The first match is on Friday. Messi also commented the trophy count. He said, “The key thing is to win and to win as many trophies as possible. Winning today was significant because of what the UEFA Super Cup represents in terms of starting the season on the right foot, so we’re delighted. All trophies are great.”

Unai Emery, the head coach of Sevilla was proud of his players after the UEFA Super Cup final. Sevilla was able to come back from 4-1 and take the game into overtime against Barcelona, arguably the best team in the world. They had to leave Tbilisi with empty hands however, as Pedro Rodriguez scored the winner for Barcelona in the 115th minute. 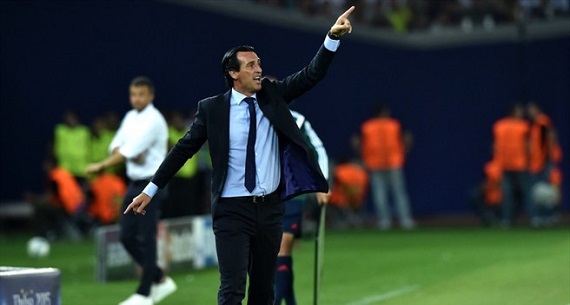 Emery thinks that Barca’s Lionel Messi had a major role in the victory. The Argentine scored two goals from free-kicks, while Pedro hit the winner after another Messi shot. Emery said, “I want to congratulate Lionel Messi too – his ability to play at the highest level with Barcelona and their consistency is what wins them trophies. There’s a huge amount of teamwork behind it. Everyone has their role so that he can make the difference. Can we stop him next time? We’ll try.”

He added, “I do not know if the result is fair, but with the chances we had, I am left with honey on the lips. If there’s one thing we want to make this team, it is competitive. We want to go for victory whatever the circumstances. If you can reach the Super Cup and Champions League then you have to compete with these teams and see how far you can go. We lost but we were competitive throughout and we are very proud of our team. The worst thing would have been not to have recognised the Sevilla we want to see.”