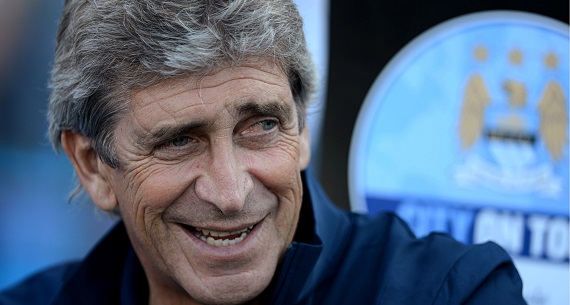 Pellegrini can be reall happy about his new contract, things looked bleaker a few months ago (Getty)
Manchester City rewarded Manuel Pellegrini’s work with a new contract. The new deal ties the Chilean manager to Etihad Stadium until the end of the 2016-17 Premier League season.

It was speculated by many pundits, supporters and gambling blogs that City’s Chilean manager is no more than a benchwarmer until Pep Guardiola becomes available. However, Manchester City ended, or at least postponed all this with a Manuel Pellegrini contract extension. The new deal will run out at the end of the 2016-17 Premier League season as opposed to his previous one which was due to expire next summer. Will the Pellegrini contract give City the distraction-free base they’ll need?

Pellegrini’s job was reportedly under threat after his team produced a poor second half in last year’s Premier League season. That run ended without a trophy, and this is always a possible motivation for change at Etihad Stadium. However, Pellegrini, who revealed this offseason, that he needed a new Lionel Messi, got Raheem Sterling to take on next year’s campaign. Man City are 1.67 (4/6) favourites at West Brom in their first league game this season on Monday night. Gambling news reported that Sterling is 2.75 (7/4) to score at Bet365.

Manchester City announced that Manuel Pellegrini signed a new, two-year contract with the club. His previous deal was due to run out at the end of the 2015-16 Premier League season. The news about the Manuel Pellegrini contract extension can come as a surprise to many, who follow sports scores. 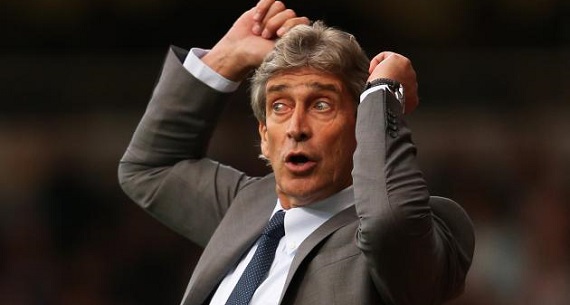 Pellegrini had a scare last season, but apparently he has been forgiven (Photo: Getty Images)

It was speculated long that City wanted to acquire the services of ex-Barcelona and current Bayern Munich boss, Pep Guardiola. Former AC Milan, Chelsea and Real Madrid coach Carlo Ancelotti and Jurgen Klopp, who recently left Dortmund were also mentioned in the media as possible replacements for Pellegrini. Answering a question regarding that, Pellegrini said,“I am not talking about Pep Guardiola, he is a manager that every team will want to manage because he is a great manager.”

He added, “I have no problem with my relations inside the club. I know exactly how the owners think. I was used last season to the speculation. Carlo Ancelotti had a contract signed and Jurgen Klopp had also a contract. For me, the owners are happy with the way I am working. Me, I am also happy at this club. It is impossible to know about the future.”

The Pellegrini contract also covered his lieutenants, assistant manager Ruben Cousillas, goalkeeping coach Xabier Mancisidor and fitness coach Jose Cabello. His commissions have also been extended by the Sky Blues. Pellegrini commented the set of new contracts happily. He expressed, “The contract shows the club trusts in my work”.

It seems unlikely that Pep Guardiola is joining Manchester City next summer, as the club announced a Manuel Pellegrini contract extension, online mobile news report. The Chilean manager took over Man City before the 2013-14 season and took the Sky Blues to a Premier League title and a Capital One Cup victory instantly. After a trophyless second season however his future was questioned. His previous contract was to run out next summer, but he signed a new, two-year deal. 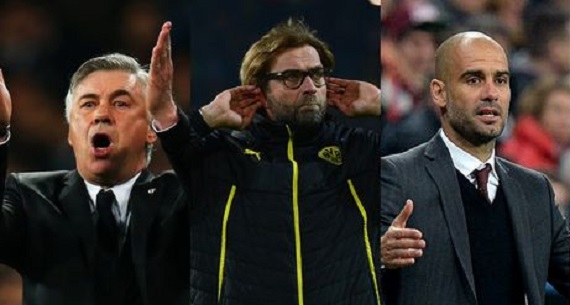 Ancelotti, Klopp or Guardiola were all considered but unobtainable. The Pellegrini contract renewal is a second choice for City (Photo: Manchester Evening News)

Pellegrini said, “I am proud to manage Manchester City and am therefore very pleased to have agreed this contract. I have a very good quality group of players and a great team of people to work with on and off the field and at all levels of the club. I am focused on the coming season and confident that my team and I will respond to the constant support shown to us by everyone including of course our fantastic fans.”

The Manuel Pellegrini contract extension was also commented by Manchester City’s CEO, Ferran Soriano, who previously worked with Pep Guardiola at FC Barcelona. According to Soriano, the Sky Blues gave the new deal to the 61-year-old because the team improved significantly under his supervision.

Soriano said, “We are delighted to reach this agreement with Manuel Pellegrini, who has already contributed so much to the development of Manchester City in his first two years with us and we look forward to further progress in the seasons ahead. This agreement allows Manuel to focus on the challenge of guiding a team capable of both fighting for domestic titles and competing for European honours.”