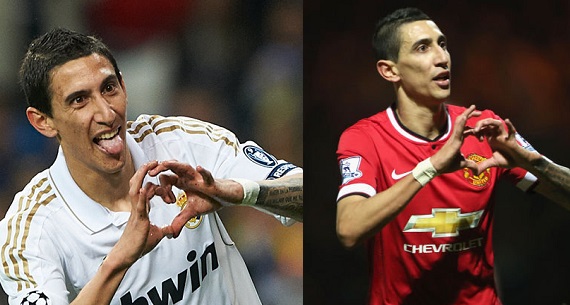 He will love it in Paris, too, don’t worry (Photo: SkySports)
Manchester United and Paris Saint-Germain both announced that the Angel di Maria transfer between the two clubs was completed.

The Argentine midfielder joins the French champions after an unsuccessful spell at Old Trafford. Though it seemed at the start of the 2014-16 Premier League season that Di Maria will be an asset for the Red Devils, he failed to fulfill the expectations. After he arrived as the most expensive player in British football, it seemed that he is a perfect fit to Louis van Gaal’s system.

The inside midfielder is able to cover a lot of distance moving horizontally on the pitch while also making dangerous forward runs. He is a player hard to come by in European football, but very useful in a creative three-man midfield, or a midfield diamond. He can also play in the forward line, and he is usually referred as a winger, since his natural role is traditionally unknown in English football. 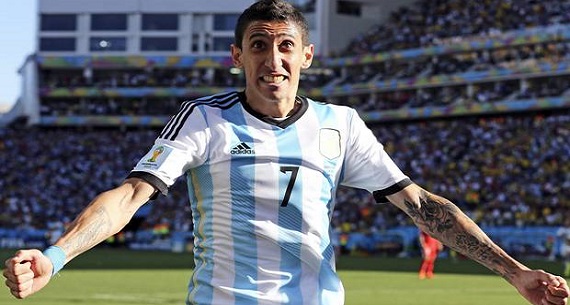 He can’t have unpacked all the suitcases yet.. (Photo: Independent)

The player, who was an integral member of the Argentina national team that finished as runners-up in last year’s FIFA World Cup in Brazil, as followers of sports scores might remember, was understandably delighted. He revealed, “I am very proud, and can’t wait, to wear the colours of Paris Saint-Germain. I want to win every competition we enter, both in France and Europe. I want to win the Champions League, which is a dream for all footballers, for a second time.”

His abilities were praised by Paris Saint-Germain’s Club Presient, Nasser Al Khelaifi. He said, “He is an incredibly talented player, with a frightening speed and ability to beat opposition players. He adds his name to the club’s strong South American community and, above all, the big Paris Saint-Germain family.”

Soon after the Di Maria transfer from Real Madrid to Manchester United was announced, it seemed that the Argentine attacker regretted the move instantly. He bid farewell to Madrid fans in an open letter twelve months ago, and it was clear that he did not intended to play for another team. For him Manchester United was better than nothing, stunning many of those, who follow live sports results. 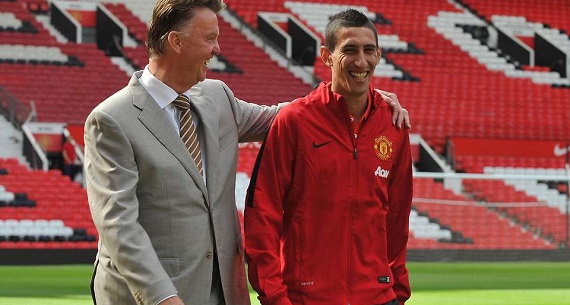 How does Van Gaal feel about the Di Maria transfer? Relieved? (Getty Images)

He wrote last summer, “Unfortunately, I have to go but I want to make clear that this was never my desire. My cycle at Real Madrid has come to an end. It’s impossible to capture everything I’ve experienced here in a few lines but I hope this letter communicates what I feel at the moment. There are many things that I value and many of them have nothing to do with my salary. I hope to find them at Manchester United, one of the biggest clubs in the world.”

It was especially an upsetting entrée after Manchester United invested GBP 59.7 million in the Di Maria transfer plus the Argentine’s luxury wages. He became the most expansive player in the history of English football, however he was unable to live up to the expectations. He wanted a leading role as a starter, but he wasn’t able to establish himself in United’s first XI.

Angel Di Maria signed a four-year contract with Paris Saint-Germain completing a EUR 63 million switch from Manchester United. The Di Maria transfer was a record in Manchester United’s history twelve months ago, but a year later he left to join the French champions. PSG will present the midfielder to the supporters before their first league game next week, online mobile news report. 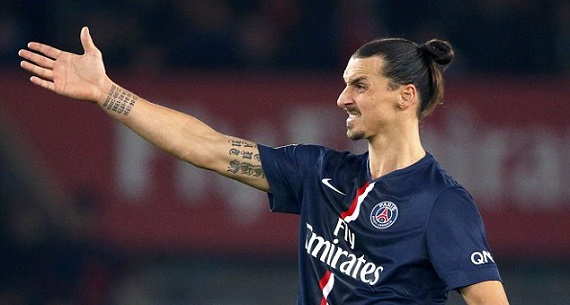 “What’s this? I AM the ugly tattooed star here!” (Photo: Reuters)

The Argentine traveled to Qatar to complete the medical tests. Manchester United lost GBP 16 million regarding fees with the double Di Maria transfer in twelve months. Di Maria became the most expensive player in the history of British football right after he was the best player on the field in last year’s Champions League final. Real Madrid beat city rivals Atletico Madrid 4-1 in Lisbon.

He played in 27 Premier League games during his year-long spell in Manchester. Though his tally of three goals was disappointing, he was third in the league regarding assists with 10. He scored his last league goal in October, and after that it became obvious that he is unable to settle in at Old Trafford.