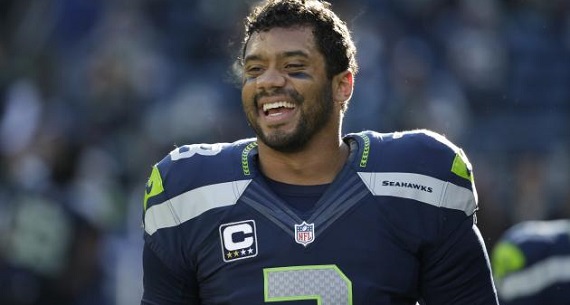 So, the Russell Wilson contract is finally signed, and player and team can now fully focus on the new campaign.

However, before the season gets underway, it is interesting to have a look at Wilson’s contract in depth. Though it was reported as a mega deal, the real worth of the new contract is that Wilson will be able to get a third, possibly huge one, before he is into his thirties. And it is important too, that he will get USD 31.7 million this year instead of the USD 1.5 million that was guaranteed by his third-round rookie deal. According to Bet365 Sportsbook, the Wilson and the Seattle Seahawks are favorites to win Super Bowl L, available at 5.00 (4/1).

BusinessInsider.com: Russell Wilson contract is the latest evidence that NFL contracts are a joke

The Seattle Seahawks were able to agree on a new deal with his quarterback just before the start of the training camp. The Russell Wilson contract was reported as a four-year, USD 87.6 million deal, however, gambling news reported that the situation is far trickier than that. 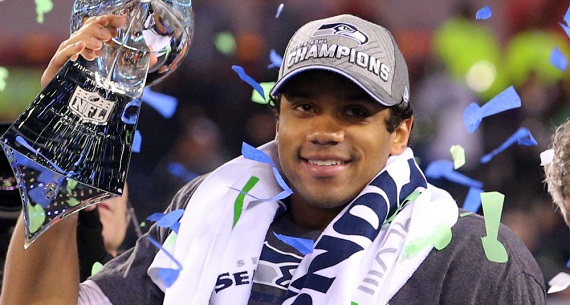 Only 26, and a dumb play call away from having won two Super Bowls (Brad Penner/USA Today)

If you look at the numbers, first you will find out that there is USD 61.5 million guaranteed money against injury, which is the most all-time in an NFL contract. Only Aaron Rodgers gets more than Wilson’s USD 21.9 million average salary. The USD 31 million is the biggest signing bonus from the last two years, tied with Ben Roethlisberger’s contract, as many experts of gambling facts might know.

However, if you look a little bit closer, you might notice that in fact this is no more than a one-year, USD 31.7 million deal. The Seahawks will have an option for every additional year. So, in other words, Seattle has all the control, and can get rid of Wilson in any of the following seasons. They wouldn’t have to give him a penny beyond money already paid to him.

CBSSports.com: Inside the numbers: Russell Wilson contract broken down year by year

The Russell Wilson contract is not amongst the biggest NFL deals, but it seems that the 26-year-old quarterback has made a reasonable deal. The exact numbers of his contract can be adjusted in the following years, it won’t be news for those, who follow sports scores. 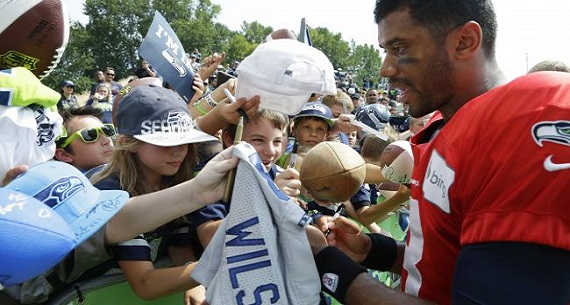 A charismatic figure in Seattle, this money earned by much more than football (Photo: AP)

Though it appeared in the media as a four-year, USD 87.6 million deal, gambling news reported that not so much of that amount is fully guaranteed. He has a fully guaranteed USD 31.7 million , and USD 20 million of it will be on his bank account by August 10. An additional chunk of USD 11.7 million arrives in April. So, his fully guaranteed money is far from those in the biggest quarterback contracts of the NFL.

The Russell Wilson contract extension was a good deal for both sides. The Seahawks ensured that their franchise quarterback will stay in Seattle for the next four years. Meanwhile Wilson can make a lot of money in the following years. And maybe, more importantly, he can get a giant third contract when the current one expires. 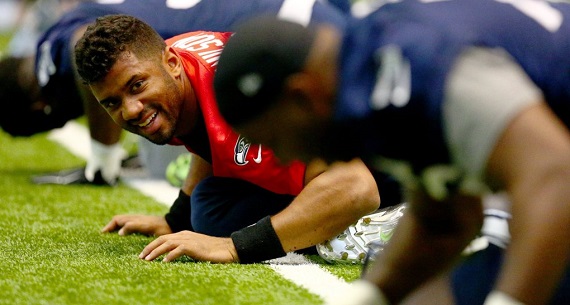 The Russell Wilson contract makes many of his teammates content, too (Photo: Seattle Times)

It was key for Wilson to get a four-year extension instead of a five-year deal, according to online mobile news. This is exactly what Wilson’s agent, Mark Rodgers emphasized. He said, “You do a four-year extension so you can look at your client and say ‘look, (when) you are going into the final year of this deal at 30, you are (still) a young man.’”

And until he is 30, he still gets elite quarterback money. Despite the relatively low fully guaranteed money on his contract, the deal is between what Aaron Rodgers and Ben Roethlisberger gets annually.