Wenger vs Mourinho: Arsene Finally Beats the Special One 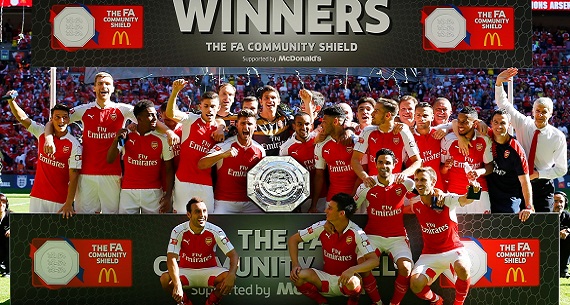 The Wenger vs Mourinho feud is not letting up.

The Community Shield is hardly more than a well-covered friendly. Many of those preparing for the game were the most excited about the meeting of Arsene Wenger and Jose Mourinho next to the sideline. Rather than the game itself.. Well, the two of them behaved well during the game this time. However, after the ceremony the Frenchman just avoided the Portuguese instead of shaking hands with him.

The Wenger vs Mourinho conflict is something that can add more spice to the Premier League title run. Especially if Arsenal, through performances like this one on Sunday, can produce a campaign that will see them fighting for the title.

EPLindex.com: 5 Things Arsenal fans can take away from the Community Shield

FA Cup winners Arsenal won the Community Shield against Premier League champions Chelsea, gambling news report. The beautiful goal of Alex Oxlade-Champerlain was the difference between the two sides on Sunday. It was the first time ever that the Wenger vs Mourinho duel was won by the Frenchman. 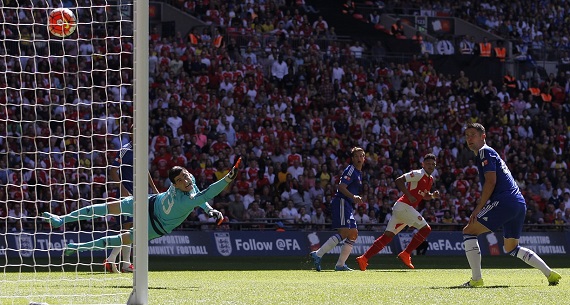 Arsenal started the way they were playing in recent weeks. They looked sharp at the beginning, as many of those who follow latest gambling news expected. However, as Chelsea, fighting for the equalizer, raised the pace of the game, they had to defend. The Gunners performed attractive attacking play that seems to work even against sides with the quality of the Blues.

Oxlade-Chamberlain had a convincing day, winning his overall battle against his marker, Cesar Azpilicueta. The whole Arsenal team was well-organized in defense, protecting the lead effectively. If they can do this against their biggest rivals in the league season, they might have a shot at the title.

The Wenger vs Mourinho conflict continued on Sunday in the Community Shield match. This kind of hostile rivalry between title contenders is something that was missing from the English top-tier recently. Watching the game on Sunday suggest that the two will provide this, and Arsenal might have the potential to go for the title this year. 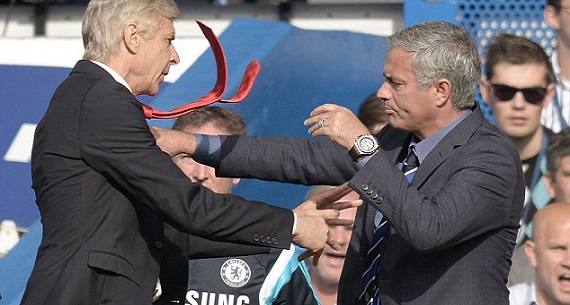 Arsene Wenger and Jose Mourinho just cannot stand each other it seems. When facing the other, they tend to behave childishly. That is a feature that appeared only in the last couple of years, though they met 14 times already. Yet this was the first occasion when the Frenchman was able to beat Mourinho’s Chelsea, as keen followers of live sports results probably know.

Arsenal now produced a performance that was similar to those that earned them a 2-0 away victory against then title-defenders Manchester City in February. That match indicated that the Gunners might become serious title challengers; however they weren’t able to maintain their form in the spring.

In the latest episode of the Wenger vs Mourinho soap opera, the Frenchman refused to shake his rival’s hand at the end of the Community Shield game. Arsenal won 1-0against Chelsea, but after the match, winning manager Arsene Wenger ignored Jose Mourinho, and the Portuguese did not forget to mention that to online mobile news reporters. 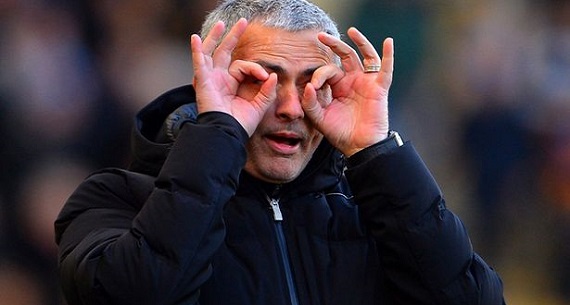 The Special One congratulated all the Arsenal players after the ceremony, however Wenger just avoided Mourinho. The Chelsea manager said, “You only miss me if you want to miss me and every Arsenal player came in my direction, which was the easiest thing to do because I was just there.”
He added, “If other people didn’t come in my direction, that is not a problem, not a story and not the end of the world. I did my job, the job that my club deserves me to do and the status as a manager when I lose any trophy.”