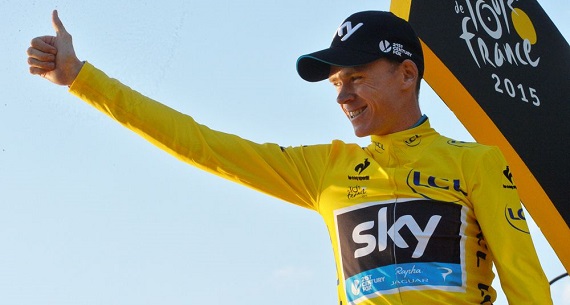 Though the 2015 Tour de France produced a relatively tight finish, the last stage was comfortable for Chris Froome.

After claiming his second Tour de France title, Froome completed the remaining laps together with his teammates. Though he was accused of cheating, he was abused and a fan even threw a cup of urine at him, he did not lost his momentum during the Tour. With the help of his team, he was able to won the competition again, two years after his first victory in 2013. 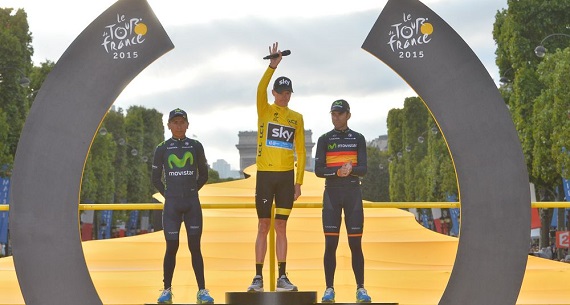 There are officially 21 riders, who won the Tour more than once, as many of those, who follow sports scores might know. Plus there is Lance Armstrong of course, who came first a record seven times before he was stripped from his achievements due to his doping scandal.

Team Sky was wearing a special jersey for the last stage that was unveiled when the rain stopped and the riders got rid of their rain coats. As Froome already wrapped up the overall victory by the first lap, he was able to approach the finish line at a comfy pace, hand-in-hand with his teammates.

Chris Froome had to surmount a lot of things to claim his second Tour de France victory, as many, who follow live sports results might remember. He was charged with doping by the media, urine was thrown at him and he was spit and abused on the way. However, it was an incredible feeling for him to win the competition for the second time. 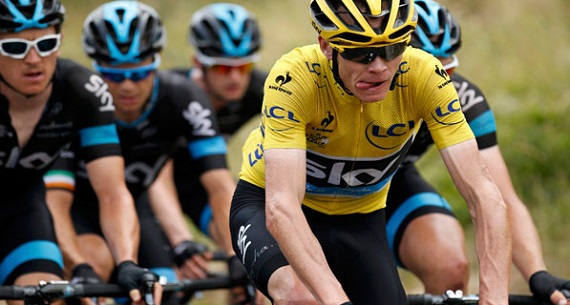 After crossing the finish line hand-in-hand with his teammates, he spoke about his feelings. He said, “This is such a great race, what can I say? I feel a lot of emotion. Of course it was a very, very difficult Tour, both on the bike and off it. I’m so happy to be here in yellow. There were a few difficulties, a few extra stresses outside of the race but that’s cycling in 2015.”

He was first accused of cheating two years ago. This time it happened again, and on stage 14, a fan even threw a cup of urine at him, shouting “dope”. The image of cycling was heavily damaged by the Lance Armstrong doping scandal that saw the seven-time winner being stripped of his achievements. However, Froome always insisted that he was a “clean” rider.

Chris Froome is the first British rider to win the Tour de France twice. Stunning many experts of gambling facts, he became the first man to top both the overall competition and the mountain rankings in the same year since Eddy Merckx’s outstanding achievement in 1970. Froome’s performance was described as “abnormal” by a French physiologist and the French television was also suspicious of him. 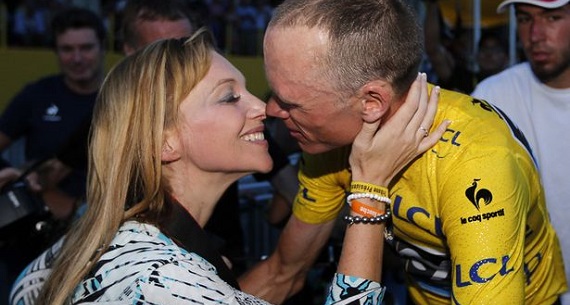 Froome dedicates this victory to his wife (Getty Images)

However, Team Sky released the performance data of the 30-year-old, to counter the charges. Froome himself also stated several times that he was clean. After claiming his overall victory, he commented the accusations once again. He said, “The yellow jersey is very special. I will always respect it and never dishonour it. Someone needs to speak up for the cyclists. I’m happy to do that. Someone has to make a stand, the time is now.”

He added, “I want to thank my team-mates, without you I would not be standing here. I give you my utmost respect and gratitude. This is your yellow jersey as much as it is mine. Thank you to the support team at Team Sky – your support has got me through the tough times. Thank you to my wife Michelle – your love and support are my motivation.”