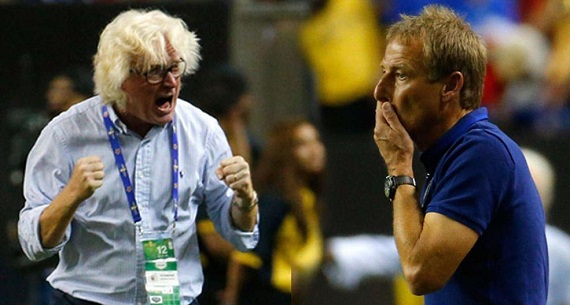 Winnie Schafer outwitted his compatriot Jurgen Klinsmann this time (Photo: AFP)
Jamaica surprisingly eliminated hosts United States in the semis of the CONCACAF Gold Cup, to reach the final of the competition for the first time ever.

United States, the hosts of the CONCACAF Gold Cup were expected to face Mexico in the title decider of the competition. That is the default Gold Cup scenario, and since both sides were in the competition when it reached the semis, another USA vs Mexico final seemed inevitable. However, Jamaica came to the States upset the odds, and Winfried Schafer won the battle of the two German managers eventually.
The 65-year-old Schafer won the African Cup of Nations with Cameroon in 2002 and also reached the final of the 2003 FIFA Confederations Cup. Jurgen Klinsmann, who is 15 years junior to him, took Germany to the third place in the 2006 FIFA World Cup, and won the CONCACAF Gold Cup two years ago. However this time he won’t have another opportunity to collect the Gold Cup, as Schafer outwitted him in the semifinal.

Jamaica were able to upset favourites United States in the semifinal of the CONCACAF Gold Cup, gambling news report. The Reggae Boyz will be the first side from the Caribbean to reach the final of Gold Cup. In the Philadelphia showdown they will face Mexico, who defeated Panama in the other semifinal. 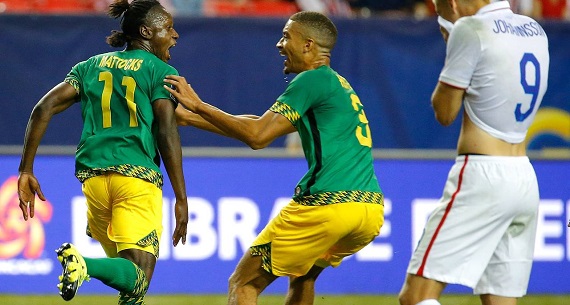 The United States seemed to have the upper hand against Jamaica in the first half, however they were able to soak the pressure and found the net twice. Darren Mattocks and Giles Barnes were the Jamaican goal-scorers, and Michael Bradley pulled one back shortly after the break. However, this will appear only as a consolation goal in sports scores, as the USMNT wasn’t able to bag another one.
This is the first time since 2003 that the CONCACAF Gold Cup final won’t feature the United States. Jurgen Klinsmann’s men will play against Panama for the third place instead on Saturday, in Chester, PA.

The semifinal against Jamaica might be the toughest USMNT match during the reign of coach Jurgen Klinsmann. The Caribbean underdogs bagged two goals in a five-minute-long spell in the first half and that was enough for them to reach the final of the CONCACAF Gold Cup. 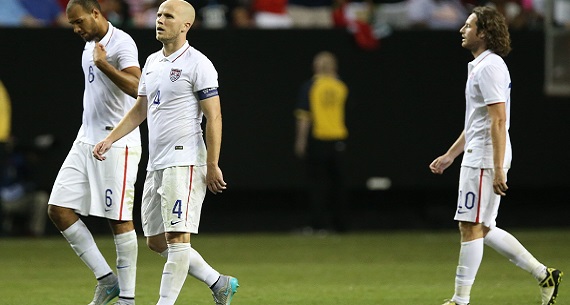 Experts of gambling facts might know that it never happened before that Jamaica was able to defeat the Yanks in the United States. It is their second win against the US overall, the previous one coming in 1988. The USMNT will play against the winner of the Gold Cup in October to determine who to represent the CONCACAF in the 2017 Confederations Cup that is due to be held in Russia.
Klinsmann was furious after the game. He said, “We had enough chances to put the game away. It’s not a nice pill to swallow.” His team almost came back after going down 2-0 in the first half, but they were able to convert only one of their chances, and they duly went out of the competition.

Jamaica exploited the United States’ defensive wobbles to eliminate the hosts and to reach their first ever CONCACAF Gold Cup final. Centre backs John Brooks and Ventura Alvarado looked sloppy throughout the whole competition, though the USMNT was lucky to avoid goals coming from their mistakes until the semifinals. 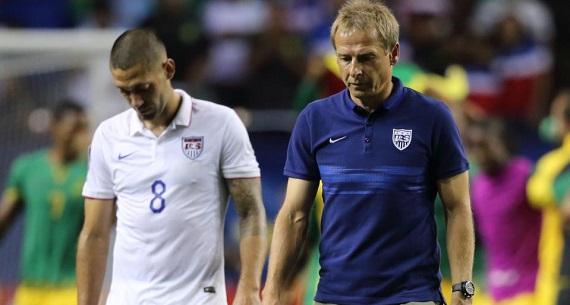 Jurgen Klinsmann was understandably disappointed after the defeat (Getty Images)

Those two were responsible for the first Jamaican goal that was scored by Darren Mattocks. The second came after Brad Guzan’s mistake, who unintentionally handballed outside the penalty area. From the free kick Giles Barnes put the ball into the net and online mobile news reported at half time that Jamaica were ahead by two.
United States displayed some excellent passing game to open up the visitors’ defence, however there was always somebody to make a last man tackle and save Ryan Thompson from conceding a goal. Michael Bradley still scored one, but Winfried Schafer’s defensive tactics worked eventually. That might be as basic as putting bodies between the ball and their goal, and to try to catch the USMNT on the break or from sit-pieces, but the hosts weren’t able to deal with it.