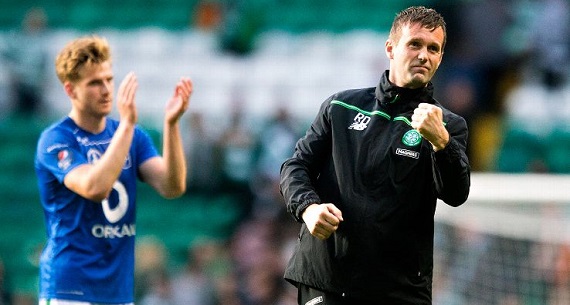 There is no doubt who is the favorite of the second leg of Stjarnan and Celtic’s duel (espn)
The reverse fixtures in the second round of the UEFA Champions League qualifiers are scheduled to this week.

Wednesday brings some interesting matches for those, who like to bet on live sports results.
Though Lech Poznan fans might be terrified looking at Sarajevo’s results from last year, it would be surprising if the Poles would be unable to force their way to the next round. Celtic are also favourites against Stjarnan from Iceland. The biggest issue of the Scots expected to be the artificial grass, which might prevent them from fluid play. A galore of goals is not expected from them, but their advance looks safe.The New Saints will have quite a task against the Hungarian champions. Videoton has a 1-0 lead from the first leg, they play at home and will feature all of their foreign players who had visa problems last week. Dundalk will have a chance to upset BATE, so if you fancy football surprises, the Irish might provide you one.

Michael Wilde leads New Saints’ all-time scoring chart in the Welsh Premier League. As some of those, who follow sports scores in the UK might know, he was also top scorer in the UEFA Champions League qualifiers after the first three games. He bagged his three goals against B36 Tórshavn, however TNS might use another couple to overcome a 1-0 deficit against Videoton in Hungary in the second leg of the second qualifying round. 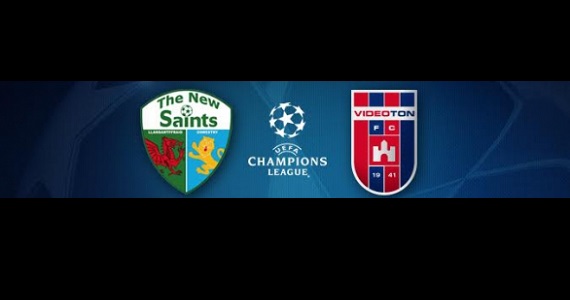 The New Saints visit to Hungary in a difficult position

Dundalk is looking for an upset against BATE Borisov. The Irish champions registered a 2-1 away defeat in the first leg in Belarus. David McMillan scored Dundalk’s precious away goal then, and the forward sees a chance for overturning the fixture. He said, “They won’t fancy coming to Oriel Park. We are confident now.” He added, “It was important that we didn’t concede late in the game the other night. A lot of Irish teams would have done that in the past.”

Sarajevo is travelling to Poland with a two-goal deficit to take on Lech Poznan. As the Bosnians were able to register two 3-1 away wins twelve months ago, they might have a shot at advancing this year too. Midfielder Samir Radovac said, “Last season we played better as guests. Let’s hope that’s the case this season too,” gambling news report.

Kazakhstani champions Astana have to overcome only one goal against Maribor at home. The hosts’ line-up will expectedly feature goalkeeper Nenad Eric, who was out in Slovenia last week due to injury. Manager Stanimir Stoilov said, “We need to act wisely and we need the support of the crowd until the very last second.” He added, “Though the first-leg of The Champions League qualifiers result leaves us in a very difficult situation, we played a good game in Maribor and the lads did well.”

Celtic won the first leg in the second round of the UEFA Champions League qualifiers against Stjarnan. Ronny Deila’s team is obviously favourite to advance against the champions of Iceland. However, they have to perform well on an artificial playing surface at Stjornuvollur, which will be strange for the Bhoys.

Stjarnan got a lot of criticism for the quality of their turf last year from Motherwell manager Stuart McCall. The Icelanders were able to eliminate the Scottish side in the Europa League qualifiers last summer. Celtic players are in a cheerful mood though, after beating Spanish outfit Eibar 4-1 in a preseason friendly at the weekend, online mobile news report. 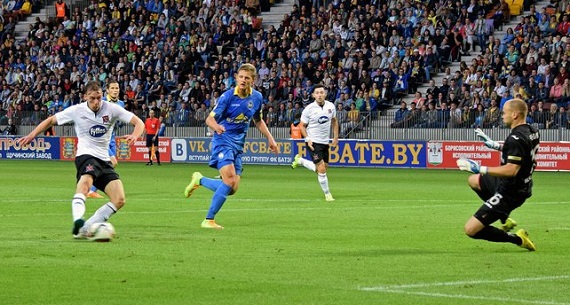 Leigh Griffiths, who missed a penalty against Stjarnan last week, scored three against Eibar. He said, “It [the Eibar game] was a good test for us going into Wednesday night. We got the win last Wednesday, but I don’t think we played as well as we could have and we showed against Eibar what we’re all about. I got 90 minutes so I’m feeling sharp, but it’s a different kettle of fish on Wednesday night with the Champions League Qualifiers.”

Meanwhile Stjarnan struggles in Urvalsdeild, the Icelandic top tier, being 10 points behind leaders KR. Manager Runar Pall Sigmundsson thinks that the bad conversion of chances is the main reason of his team underperforming. He said, “We have been dominating games, but we are not taking our chances and it ends up costing us. We have to improve in future games, starting against Celtic.”