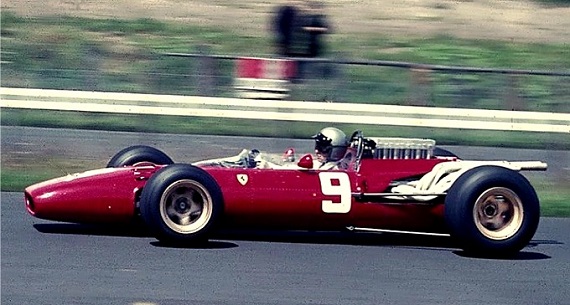 The German GP is one of the oldest in F1 history. Lorenzo Bandini in a Ferrari at the 1966 GP.

Though the German GP is expected to return next year after it was included to the 2016 Formula One calendar, its future is not safe at all.

The 2015 German GP was originally scheduled to this weekend. However as the Nurburgring and the Hockenheimring both struggle financially, the event was dropped from this year’s Formula One calendar. Since Stirling Moss won the 1961 race in a Lotus-Climax at the 22-kilometer-long Nurbugring Nordschleife, no year passed without Germany hosting a Formula One Grand Prix.

Though Formula One was done with the Nordschleife after Niki Lauda’s horrible accident in 1976, it was always either the Nurburgring Sudschleife or the Hockenheimring that hosted the event since 1961. With the Nurbugring being pulled out this year, possibly for good, the future of the German GP lies at Hockenheim. But first of all, a sold out race is a must for 2016.

SkySports.com: German GP not out of the woods yet, warns Hockenheim chief

A sold out 2016 Grand Prix in Hockenheim might save the future of Formula One in Germany. The track is also prepared to hold the 2017 German GP if needed, gambling news report. To secure a long term future for the race in Germany, it is necessary to attract the fans in numbers. 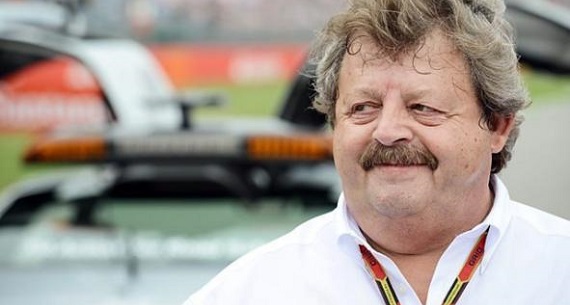 Hockenheim chief Georg Seiler says this year’s revenue will be decisive about the future (Photo: dpa)

The 2015 German GP was scheduled to this weekend initially before it was cancelled in March, as keen followers of live sports results might remember. The Nurburgring would have hosted this year’s event originally, however the leaders of the circuit were unable to reach an agreement with Bernie Ecclestone.

To step in for 2015 wouldn’t be a profitable move for Hockenheim. However the venue had no problem with the 2016 German GP. So that the event was scheduled to the recently issued provisional 2016 calendar, that includes as much as 21 races. If everything goes according to plans, next year’s season would be the longest ever in Formula One history.

Hockenheimring executives stated that a sold out 2016 German GP is a must for keeping the event in the Formula One calendar for long. The German Grand Prix was scheduled for 2016 but that doesn’t guarantee that the series will return to the country in the future beyond next year. It never happened since 1960 that the German GP was left out from the F1 calendar, as many of those who follow sports scores might know. This year however Nurbugring pulled out because of financial problems in March. Then it was too late to strike a lucrative deal with Hockenheim, and the 2015 German Grand Prix was dropped.

The event was already under threat in the past years. Sebastian Vettel might have dominated the series, but home supporters just weren’t interested. Only 50,000 supporters were watching Nico Rosberg claiming his home victory in a Mercedes last year. Now it seems that the 2016 German GP will be held at Hockenheim, but nothing else is a certainty.

Pitpass.com: 2016 event will decide future of F1 in Germany

Though Mercedes was there to help out the organizers, no deal was agreed in March. This meant that the German GP was dropped from the 2015 Formula One calendar after it was alternated between Nurburgring and Hockenheim for years. 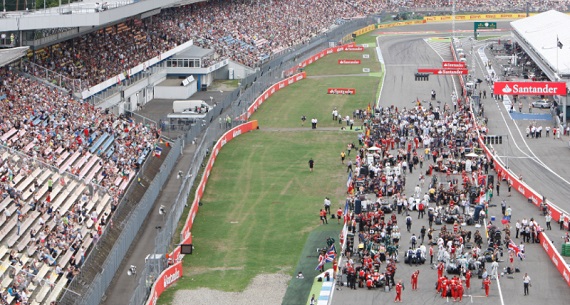 Lauda says people are not given good service for the high ticket prices they must pay (Photo: Active Pictures)

Georg Seiler, Hockenheimring’s managing director expressed that the future of the German GP is up to the 2016 event. According to experts only a sold out event can keep Germany in the F1 calendar. Seiler said, “We need a well filled house next year so that Formula One has a future. We must tell the fans: come to the race next year and secure the future of F1 at Hockenheim.”

He added, “It is very sad because Formula One is an image carrier all over the world. For other countries it is part of their tourism promotion, money comes from other areas and they can stage the races without problems.”