Football fans experienced thrilling World Cup this year in Canada. Two-time winner the USA deserved the 3rd title beating Japan 5-2 in the final game. Although Japanese players constituted tough opposition for the favorites of the tournament, Lloyd’s hat-trick led the Americans to glory. 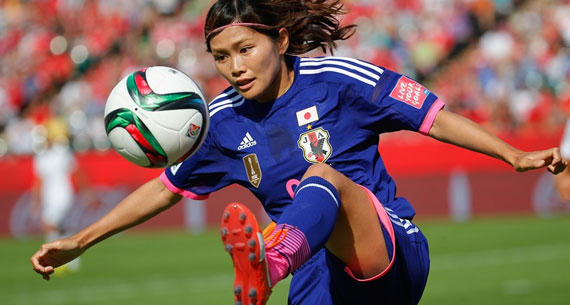 The FIFA Women’s World Cup became accepted as a decent major sporting event by the mainstream four years ago in Germany, when Japan eliminated the hosts in the quarter-final on their way to the final where they defeated the United States despite being underdogs. Though the tournament had huge audience numbers, the quality of women’s game was criticized by many of those who follow the sport. However, this year’s tournament showed that the elite teams are definitely capable of playing exciting football that is good to watch. And after the expansion, it also showed that newcomers have a lot to do to reach that level.

In the final of the 2015 FIFA Women’s World Cup, title-holders Japan and Olympic gold medal winners United State face each other. It is even more interesting that these two actually met each other in the 2011 World Cup final and in the 2012 Olympic final, so it is no question that the two best female sides will fight for the title in Vancouver.

The USA reached the semifinals in every edition of the World Cup so far, never finishing lover than third, advancing to the final for the fourth time and winning the title on two occasions. However, they entered the last title decider as strong favourites, yet been upset by Japan, as many keen followers of sports scores might recall.

The United States seem to be favourites once again, having the better position in the FIFA Women’s World Ranking and reaching the final with a more convincing performance than Japan, who won their every game by a one-goal margin.

Worldsoccertalk.com: Women’s soccer in Europe continuing to grow in popularity and scope

The 2011 FIFA Women’s World Cup is considered as a breakthrough event in the history of the competition, as the tournament in Germany registered a record television audience, even though the hosts were eliminated in the quarter-finals by Japan. It was obvious from then, that the FIFA Women’s World Cup entered the mainstream, as it was finally accepted as a major sporting event.

Though back then the tournament was criticized by some of those who present live sports results in Germany, as the tactical elements the men’s use were far less interesting at the pace the female teams were performing. However, this year’s Women’s Champions League final, also held in Germany, was a massive success as FFC Frankfurt won their record fourth title.

The women’s game might be not as marketable as men’s football, however at the highest level they also sell a lot of tickets. For example online gambling news reported last autumn that the England v Germany friendly played at Wembley attracted more spectators than Wayne Rooney and co. taking on Norway two months before, 55,000 to 40,000.

The 2015 FIFA FIFA Women’s World Cup was the first tournament in the history of the competition that featured 24 teams. This meant that a few new outfits were able to show themselves to the world, like Ivory Coast, Ecuador and Cameroon.

However, the expansion also revealed that the gap between the elite and the rest of the field is huge at the moment, as Germany dismissed Ivory Coast 10-0 in the African’s first World Cup game. Despite results like that, Tatja Haenni, the head of women’s football at FIFA, thinks that increasing the number of teams would help the game to develop, online mobile news report.

She said, “That these teams realized what the level (of play) is at a FIFA World Cup, and that there is a gap between the top teams and where they are, they need to make sure they have better leagues, better player development, better national team plans with more games and programs in place to close that gap.”