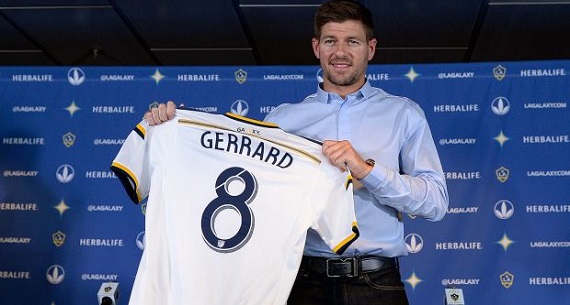 With some help Gerrard can retain his old jersey number in the LA Galaxy (Photo: FOX Sports)

Though Steven Gerrard left Liverpool for the LA Galaxy after 17 years, he was able to retain his famous jersey number.

He wore the Eight while playing for the Reds, as he was presented with the no. 8 shirt by Los Angeles Galaxy. His new club introduced the former England international to the media on Tuesday, and he will make his debut for Galaxy on this weekend against a Mexican side. His first Major League Soccer game is also coming next week, so it is no surprise that Gerrard compared his first days at his new employer in California to a whirlwind. By moving to Los Angeles, Gerrard followed a path that was paved by his former England teammate David Beckham, who spent five years at Galaxy.

Former Liverpool captain Steven Gerrard, who exited Merseyside after 17 years as an Anfield Road pro, revealed that the five years David Beckham, his former England international teammate, spent at Los Angeles Galaxy was crucial in his decision. Gerrard is preparing to play his first game for Galaxy against Mexican outfit Club America on Saturday. 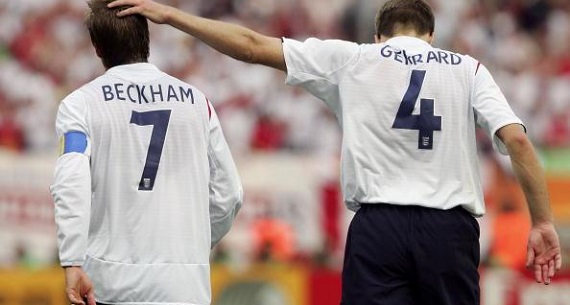 Gerrard named Beckham as one of his heroes and an influence on him moving to Los Angeles (Photo: thefa.com)

Gerrard said, “David is a hero of mine, a fantastic guy, a wonderful footballer, certainly someone I leaned on for advice before I decided to come here.” At Galaxy, Stevie G will team up with Robbie Keane, who spent half a season with Gerrard at Liverpool in 2008-2009, as followers of live sports results might remember.
For Gerrard it was important to meet Keane, who solved his new teammate’s first big problem, online gambling news report. Gerrard said, “It was very nice to have Robbie around, he introduced me to the players and he also lent me some factor 50 as well so I didn’t burn. It felt like I was coming to a new school but thanks to my team-mates for making me feel welcome.”

Steven Gerrard expressed that he was impressed by Los Angeles Galaxy before he signed for them, as the California outfit wanted him badly throughout the process. Galaxy introduced him to the media after training on Tuesday, and his first Major League Soccer game is scheduled to July 17, gambling news report. 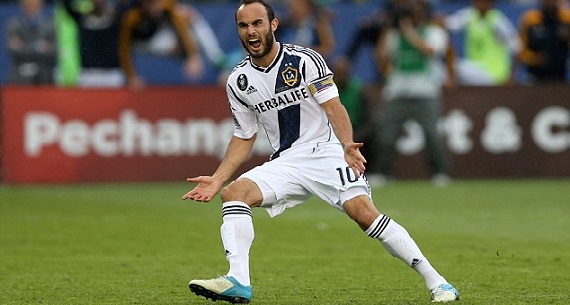 Gerrard is expected to replace Landon Donovan, another one of his heroes, as an experienced leader and playmaker (Photo: dailymail)

Gerrard said, “First and foremost I’d like to thank the club for getting me here. The club and [head coach] Bruce [Arena] were very aggressive in making me come here and I’m very excited to be here.” Gerrard is not the first player who arrives from Liverpool to LA, as US legend Landon Donovan spent two loan spells at Everton while representing Galaxy.

He spoke about the former US international to the media. He said, “Landon, who I played against at Everton, he was the enemy for short periods of time and who I’m sure I’ll bump into around the place and it’ll be good to bounce some feedback off him as well – he’s a legend here, he’s a hero.”

Former Liverpool superstar Steven Gerrard is about to make his debut for his new team Los Angeles Galaxy. The squad is preparing for an International Champions Cup game that will be played in Carson on Saturday, where they are facing Club America from Mexico, as many of those who follow sports scores might know.

Gerrard will be expected to lead his new teammates at LA Galaxy as early as Saturday at the International Champions Cup game against Mexican side Club America (Photo: express.co.uk)

The ex-England international stated that the last week was very intense for him. He said, “The last seven days have been a whirlwind. I have had time, though, to do a lot of thinking and preparation. I have had a bit of jet-lag, but now I am very excited. There will be a few minor stops and starts, but I am now looking to fire from the off.”
Gerrard also spoke about the upcoming game. He said, “I’m very excited to be here. The game on Saturday can’t come quick enough. The level is very good here and I am here to help the other players. It is not much difference from Liverpool and it is time for me to do my talking on the pitch.”