Mourinho and Abramovich: The Row is the Past 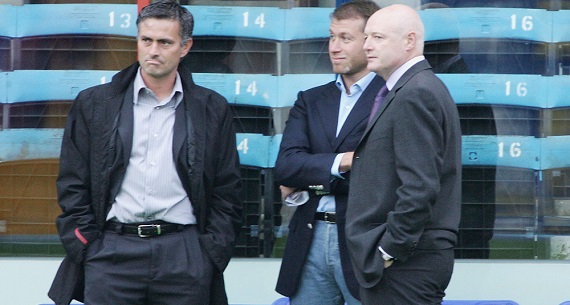 Mourinho and Abramovich can work together without any problems, the Special One revealed before the 2015-16 Premier League season.

Jose Mourinho expressed that despite he was able to get along well personally with the Russian magnate between 2004 and 2007 too, they had professional disagreements. That eventually led to the Portuguese leaving Stamford Bridge in September 2007. However since Mourinho returned to London in 2013, the two enjoy a fantastic relationship. And now they are working for Chelsea’s second title in a row. The Blues are favourites to win the 2015-16 Premier League season. Bet365 offers their title defence at odds of 2.63 (13/8).

TheGuardian.com: José Mourinho says disagreements with Abramovich in the past at Chelsea

Chelsea manager Jose Mourinho revealed that any fight with club owner Roman Abramovich ended long ago. Mourinho delivered the Premier League title in both of his first two seasons at Chelsea between 2004 and 2006, as many of those, who follow live sports results might remember. However, the Portuguese left in September 2007 after Mourinho and Abramovich had a quarrel. 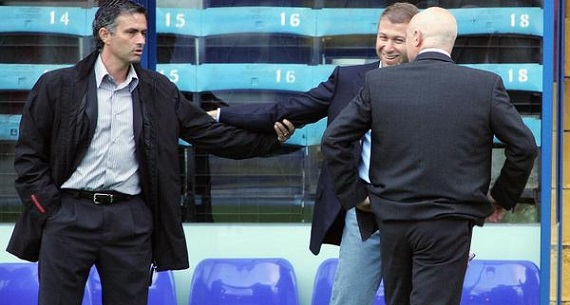 A couple who fight then make up: Mourinho and Abramovich meant for each other (GettyImages)

After he returned in 2013, he needed only two years to bring back the Premier League trophy to Stamford Bridge. He revealed that in his first spell at Chelsea he had some professional arguments with the Russian club owner. He said, “In my first period, my personal relationship [with Abramovich] was very good [but] professionally we had some interferences and a bit of a disagreement with some ideas.”

He added, “In this moment we don’t have this problem. When I left Real Madrid to come here, Mr Abramovich asked me to fight for titles. In my first season we were almost there, in my second season we did it and in my third season if you are close, you can always do it.”

Mourinho and Abramovich are having a smooth relationship, according to the world class manager, since he returned to Chelsea from Real Madrid in 2013. Jose Mourinho revealed that he was asked to fight for the title by the Russian club owner, and this is exactly what he wants to do this year, online mobile news report. 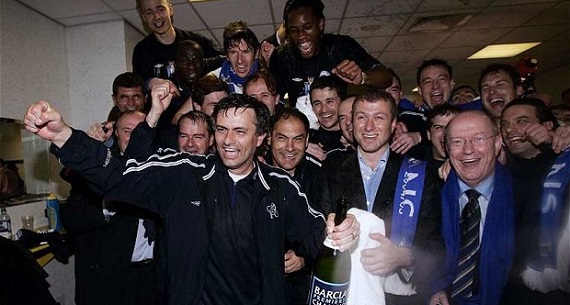 Surely there were happy times back then, too for Mourinho and Abramovich (ACTION Images)

However, the Special One thinks that the rivals will pose a real threat on the Blues’ way for their second title in a row. He said, “Arsenal are a fantastic club with great players. Liverpool have amazing investment. Man City is a squad to love and a club, with two Premier Leagues in the last four or five years. And Man United with everything – the history, the players, the investment.”
Reigning champions Chelsea was defeated by FA Cup winner Arsenal 1-0 in the Community Shield last Sunday. The Blues kick off their Premier League season at the Stamford Bridge against Swansea on Saturday.

Telegraph.co.uk: Chelsea news: My rows with Roman Abramovich are over, says Jose Mourinho

Chelsea boss Jose Mourinho is preparing to fight for his fourth Premier League title in his third year of his second spell at Stamford Bridge. To claim the trophy, it is also important that Mourinho and Abramovich are all good, as gambling news reported, despite they had some disagreements in their past. 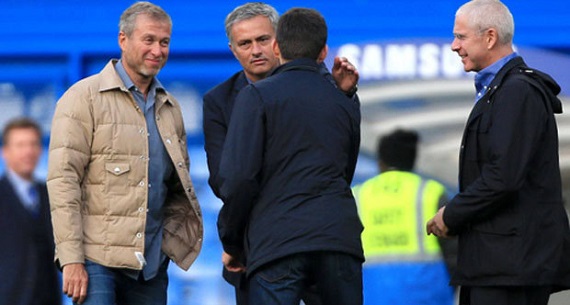 Look how grey our hair got! Let’s forget the childish quarrels (Photo: PA)

Mourinho also goes for his second title in a row. The Stamford Bridge outfit would be the first side to retain the Premier League trophy since Manchester United in 2009. The Portuguese said that this year’s story will be similar to recent seasons. He said, “The top five are the top five, and why not a club like Tottenham to get in there?”

He added, “But in the end history plays a part and investment plays a part. Chelsea (were) four times champion in the last decade.” Mourinho also mentioned Arsenal, Liverpool and Manchester United as potential title contenders. He did not left out Manchester City of course, the team that will be Chelsea’s opponent in the Blues’ first away game on next Sunday, as many, who follows sports scores might know.

Many English fans were disappointed that their sides were not represented in the quarter-finals of the Champions League over the week as no bigger team managed to qualify for the latter stages. That is why the Premier League will provide them with the sort of excitement that they missed out with their respective sides not playing on the continent.

After going through the first batch of games in England’s top flight, we will present 4 additional encounters that are set to light up the prominent football championship. Queens Park Rangers will play West Brom away from home, but judging by their performances this season the travelling side are about to experience a difficult match.

Sporting enthusiasts will have a great chance to make a killing with their betting exploits this weekend, thanks to the superb games in the top flight of English football. The international encounters were welcomed by many supporters, but the time is now right to get back into the fight for the biggest club crown of the beautiful sport.

Make sure to tune in the top flight of English football on Saturday and Sunday to have a go at pocketing big wins through your betting pursuits. West Ham will be tested against Sunderland on Saturday evening, however anything could happen when a match like this one is on the agenda.

As we are approaching matchday 30 of the Premier League, all the clubs face more and more pressure in order to clinch a better position on the table. There are only a handful of games left on the calendar which should make way for some superb football encounters. This weekend sporting fans will have a chance to once again support their respective sides.

In part I of our betting preview we took a look at some amazing clashes set to take place this weekend, while in part II we will continue the overview with some more games. West Brom will face Stoke City at home, however this clash is quite uncertain as the game could go in either way at any moment.

Almost every week there are many superb encounters to follow in the top divisions of European football, however none can quite compare to the Premier League. This elite competition is perhaps the most competitive and challenging league in Europe which, as a result, produces excellent football week-in week-out.

Right after Chelsea beat Tottenham 2-0 on Sunday to lift the Capital One Cup, football fans turn their attention back to the Premier League where many great sides are gearing up to face one another. Manchester United will face a hostile atmosphere at St. James Park on Wednesday evening as they will clash with Newcastle United.
Premier League Betting Preview – Matchday 28 (Part II) (March 3-4, 2015).

Football in England is unlike any other competition in Europe as the matches never seem to stop for the top Premier League sides. After they are done playing a game in the league, clubs then eagerly prepare for the a cup match and once they’re done with that event they quickly prepare to play in another cup game and on and on and on it goes.
Premier League Betting Preview – Matchday 28 (Part I) (March 3-4, 2015).

We’ll take a look at the remaining games for Saturday in our betting preview part II, but also the 2 other encounters set to be played on the 1st day of March. Everton will face a stern challenge when they visit London on Sunday as they gear up to play Arsenal at the Emirates Stadium.
Premier League Betting Preview – Matchday 27 (Part II) (March 1, 2015).

After some fruitful Champions League encounters during the week, we now shift our focus to the top flight of English football where big contenders for the title will face challenging sides. Round 27 will commence on Saturday while the rest of the matches will be played two days later on the 1st of March.
Premier League Betting Preview – Matchday 27 (Part I) (February 28, 2015).