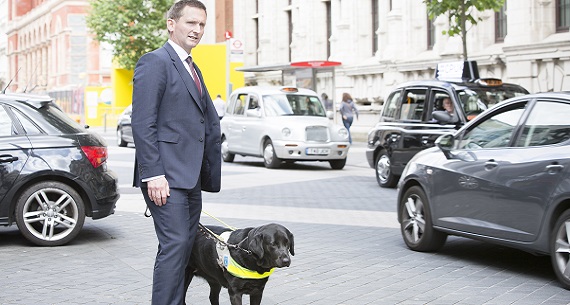 Premier League sponsors and broadcasters were asked to consider leaving the game. The reason is that many clubs refuse to develop their stadium’s disabled facilities.

Currently only three Premier League stadiums are able to fulfill the regulations. The rest of them are in constant violation of policies regarding wheelchair spaces and other services for disabled spectators.

Lord Holmes is a Conservative peer and former nine-times Paralympic gold medalist. Holmes called Premier League sponsors and clubs to reconsider their relationships with clubs failing to comply with disabled facility regulations. According to a new bill proposal, Premier League stadiums might be closed down if they fail to meet the minimum guidelines.

It was told to Premier League sponsors and broadcasters that they should avoid football stadiums until those don’t provide useful facilities for disabled fans, gambling news report. The most successful Paralympic swimmer of Great Britain, Lord Holmes of Richmond addressed the House of Lords with the problem. 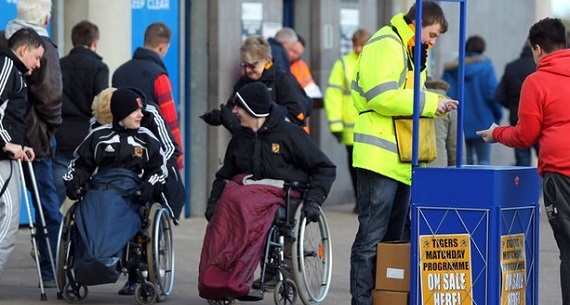 He said, “What we see is nothing short of shambolic. Today, I’m going to write to the sponsors of the Premier League and the broadcast partners to suggest to them that if there isn’t considerable progress – so far I think we can describe it as glacial progress – in this area they should consider their relationship with football and how that fits with their ethical state in the market.”

Only three Premier League stadiums, the properties of Swansea, Bournemouth and Leicester have enough wheelchair spaces, according to online mobile news. A 2014 BBC survey pointed out that eight out of 20 top light football stadiums failed to offer half of the required wheelchair spaces.

The disability commissioner of the Equality and Human Rights Commission (EHRC) asks Premier League sponsors to think about withdrawing from financial support of clubs. Football clubs should offer enough facilities for disabled people to retain the benefits of sponsorships. 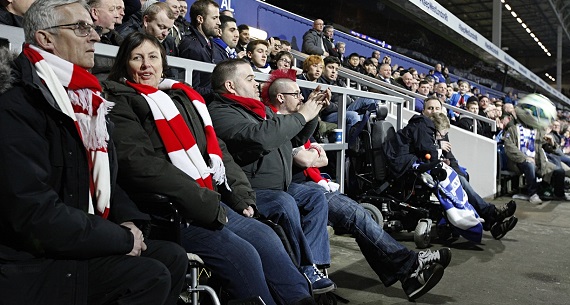 Nine-times Paralympic Games swimming gold medalist, Lord Holmes, is fed up with disputing with the clubs, latest gambling news report. For example, Chelsea representatives stated that their old ground is not suited to offer enough wheelchair spaces considering safety measurements. Chelsea made a promise of fulfilling the wheelchair space quota, when they will build a new stadium.

However, Holmes argues that clubs are ready to arrange their grounds immediately, when new TV facilities are to be installed. Holmes, said “Whether it’s the Fifa debacle, casual sexism or the national scandal of discrimination against disabled fans, the need for football to discover its moral compass has never been greater. Poor access and discrimination against disabled fans has tarnished the reputation of football for too long.”

Before Lord Chris Holmes’ calls were made in the House of Lords, it was already in the newspapers that the nine-times Paralympic gold medallist considers the state of Premier League football stadiums a national scandal, regarding facilities for disabled people. 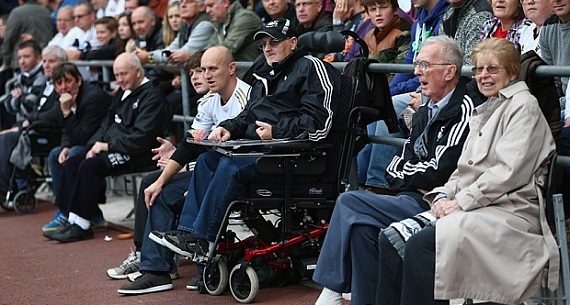 Swansea is one of the few clubs, where disabled fans are provided full access (Photo: Telegraph)

He thinks that “some clubs are still stuck in the dark ages”, when referring to some incidents, disabled people were involved in when attending football matches in the English top flight. According to a new bill proposal, Premier League stadiums would lose their safety licenses unless meeting the minimum quota of wheelchair spaces and other facilities. This would mean that those stadiums were unable to host football matches.

It was reported by sports scores news earlier this year that three supporters were dispossessed by their crutches and walking sticks when attending a Premier League football match between Manchester United and Arsenal. A police liaison officer commented the incident, saying the stewards lacked common sense completely.