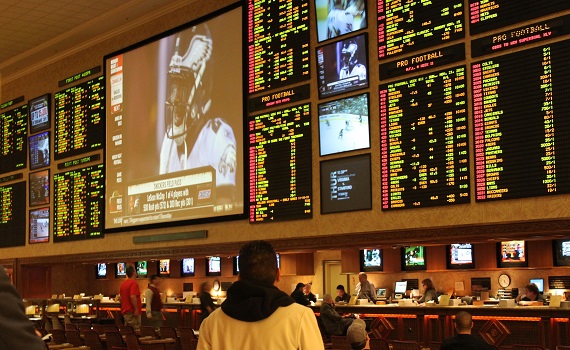 Las Vegas sportsbooks are having a fine season

Punters tend to bet more and more this year and while they are loosing less than in the previous years, football betting in Vegas expects another record-breaking year.

That would be the fourth straight year when football betting in Vegas broke the record. Punters are doing extremely well this season, however weekends packed with upsetting sports scores in the NFL like week 9 and 10 help Las Vegas sportsbooks a lot to be still in reach for another record-breaking season.

MGM Sportsbook vice president Jay Rood told that football betting in Vegas is up by roughly 10% according to their books. However, the amount of money that the bookies can keep, the hold percentage, is slightly lower than last year at the moment.

Rood said, “Our handle is up, but we just haven’t been able to capitalize on it. Dollar for dollar, we’re just a little behind last year. It seems worse than it’s really been. If you look just at the [hold] percentage you’d think we were getting killed, but really we’re not.”

Injuries forced Peyton Manning to sit. The Denver QB job may not be open when he returns: https://t.co/Gqrd0fxVlH pic.twitter.com/SCeac4Kiu9

Experts of gambling facts might remember that the previous record was $91 million from 2006. The year when among others the New Orleans Saints tricked football betting in Vegas, recovering quickly after the Katrina and going to the NFC Championship game.

ESPN: Vegas books on pace for another big football year

After a heavy start to the 2015 NFL season, Las Vegas sportsbooks came back in October and November. Operators offering football betting in Vegas were helped by some hectic results and underperforming and/or surprisingly struggling teams.

Westgate Superbook’s head football oddsmaker, Ed Salmons revealed that they actually needed Denver and Green Bay to win to complete their third winning weekend in a row. “Which is just so weird, needing those teams,” he said, and it was actually funny to see those clubs being priced rightfully as underdogs before the game.

He added, “At the end of the day, it’s probably rounding into just an average season. Our handle from September and October was up over last season, and we’re under construction.”

It seems that it is really worth to bet on football this season, as bettors are doing extremely well this year according to online gambling news. Though results are sometimes hard to predict, the NFL has always been a league that is fun and profitable to bet on at land based and online sportsbooks in the US, thanks to the available selection of money line, point spread, total score and half time markets plus the list of prop bets.