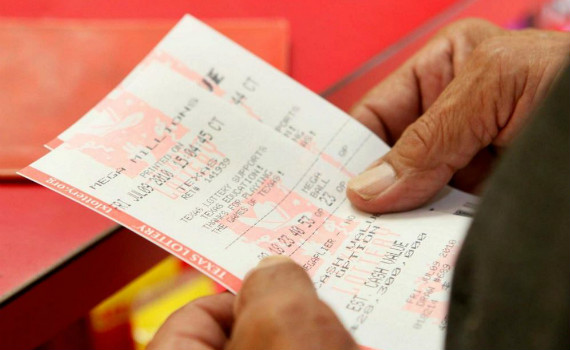 A Texas lotto jackpot winning ticket was sold in Houston area, but the identity of the $11.75 million winner is unclear yet.

The winner of the Texas lotto jackpot have not showed up yet, according to latest gambling news. Texas Lottery executive director Gary Grief suggested to the winner to look for financial and legal advice before claiming the $11.75 million.

Mr. Grief said, “We want to congratulate the winner of last night’s Lotto Texas jackpot and we look forward to meeting them. If you have the winning ticket, we encourage you to seek financial and legal advice before coming to Austin to claim the prize.”

The Texas Lotto jackpot winner has 180 days to claim the prize.

This is the store in Tomball that sold an $11.75 million winning Texas Lotto ticket! pic.twitter.com/1FkEU4W5f1

The ticket was sold in a Quick Corner Store, and the shop will get a $118,342, online gambling news report. Four tickets with more than $11,000 lottery wins were sold too and as well as fourteen other tickets worth $1,600 in the latest Texas Lotto drawing.

If you want to have a shot at some of the biggest lottery jackpots in the world, go to a safe internet lottery site like EuroLotto, and play lotto online from anywhere around the world! If you play lottery online, you don’t have to rely on your ticket – since your ticket is attached to your online lotto account, you just cannot lose your winning lottery ticket. 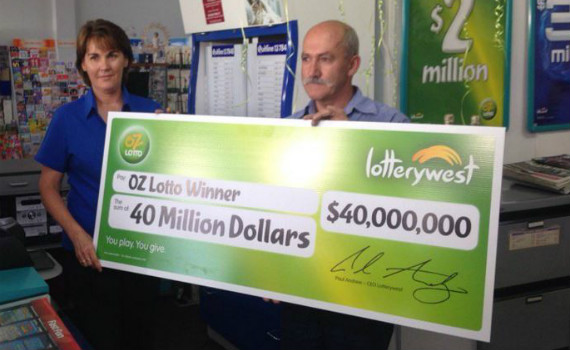 The OZ Australian lotto jackpot went to the best place

A working class family on the South West region of the country won the $40 million Australian lotto jackpot.

Steve’s family worked seven days a week in Harvey, south of Perth, until their lucky day has come at the OZ Lotto. They had won a $40 million Australian lotto jackpot they already claimed on Wednesday, online gambling news report.

This $40 million Australian lotto jackpot is the second biggest lottery wins won in Western Australia. And this went to the best place actually, solving the problems of a family that has been struggled financially for years.

This is where the winning ticket was sold! A Harvey family is now 40 million dollars richer!! @9NewsPerth pic.twitter.com/uBoB70JGNs

Steve, the father of the family said, “We’ve been working 15 hour days, seven days a week for the last 10 years. We haven’t been able to afford a house or a car and every time we have gone to the bank for a loan, it’s been declined. This changes all of that. It will change our lives for the better but it certainly won’t change us.”

Australian lotto jackpot secured the future of the family

They also said that they will continue to live as ordinary people despite claiming the whole $40 million Australian lotto jackpot. However, Steve is obviously relived that the future of their clidren is safe.

He said, “I’ve always wanted to secure a future for my children and take my wife shopping for a home we can actually call our own for the first time. Now we can do all that.”

This Australian lotto jackpot won by a WA family had also an effect on the local community, as experts of gambling facts might already know. The boom in lottery ticket sales means an increased support to the region, almost $7.5 million.

This is a brilliant story that only lottery games can produce. You can also participate in lottery games even without entering a lottery shop – actually it is way more safer to play lotto online, since you cannot lose your lottery ticket as it is attached to your account that only you can access. Go to EuroLotto and try the simple and safe way of playing lottery online!

Wins the Powerball Jackpot on Vacation, Brother gets $7 What a lucky family… (Photo: myfox8.com)

A Pennsylvania Judge, James Stockglas took his family to a Florida fishing trip and bought a lottery ticket on the way back home. After returning home, he found out that he won the $291 million Powerball jackpot.

His brother, Bob also played and also won, as much as $7, online gambling news report. A very lucky family with not that even distribution…

Anyways, Mr. Stockglas picked up his $291 million Powerball jackpot winnings in one lump sum. His first thing was to inform his family that they are going back Florida. It is unknown that they had such a great time that they want to spend all their lives there, or he wanted to buy some more winning Florida lottery tickets…

You can also play for the Powerball jackpot, but you don’t have to go down to Florida to buy a lottery ticket. You actually don’t even have to leave your apartment, and you don’t have to be in the United States. Just go to EuroLotto, a recognized online lotto operator, and buy your lottery ticket online from all around the world!

Tourist wins big, a cool $1 million on his birthday vacation in Philippines, calls it the best birthday gift he ever had. Mr. Joe decided to buy a lottery ticket after purchasing some beer at a shopping store next to his hotel.

Mr. Joe., an Australian citizen, purchased the ‘pick 6’ lottery tickets more out of habit than forethought. Back home, in Melbourne, Mr. Joe has been playing the weekly lottery as far back as he can remember. So even on vacation in Angel City Philippines, he couldn’t resist doing the same.

The day was Friday the 13th and Mr. Joe remembers joking with some friends at the local bar that the night before he had a dream that a tourist wins big , what they jokes was the number one prize in Philippines. He later forgot all about the lottery tickets as he was spending the full month partying and celebrating his 50th birthday.

When a few days later he ran across the tickets, he checked the numbers online only to discover that he won 43,017,157.80 in local currency – which is the equivalent of exactly 1 million US dollars.

There are no provisions in the Philippines gambling laws to forbid foreign residents or any language that a tourist wins big. A number of community activist groups are howling with rage, demanding changes.

Large groups of poor locals are hot mad over the foreigner’s win as well. The locals, who live on the equivalent of 50 cents daily, feel it is unfair for a rich foreign tourist to win so much money.

We wish Mr. Joe the best of luck getting outside Manila, and hope that tourists wins big again in what is considered one of the most dangerous cities in the world, alive with the million dollars. Online Online sports betting businesses are paying 50 to 1 odds if you think the lottery winner will not be able to get out of the country alive.

Lottery stories can often make outsiders feel warm, others definitely don’t. A year ago, Ms. Kneen and Mr. Crockford of Canberra, Australia were happy in love; just another couple in their mid-twenties, strolling through the park, holding hands and whispering sweet nothings into each other’s ears.

Today, the Federal Magistrates Court concluded a vicious yearlong battle over the ownership of a $3 million dollar lottery ticket that Ms. Kneen purchased along with Mr. Crockford.

In reality, there were no strolls in the local park for Ms. Kneen, unless it was to visit her heroin dealing, pimp x-boyfriend Hassan, or to sell her body for another sweet shot of bliss. Mr. Crockford, who made his daily bread robbing drug dealers at the same park, met Ms. Kneen after a particularly successful heist.

It was love at first sight.

For the next three years the couple has been off and on living together between frequent drug relapse, prostitution arrests and endless police visits for domestic violence.

Exactly a year ago Ms. Kneen bought a Powerball ticket on the way back to the flat she shared with Mr. Crockford, when she learnt she had won $3 million.

The couple went to Melbourne together to pick up the winning and the check was even made payable to his bank account. A week later Hassan the pimp, and Mr. Crockford’s baby mama convinced each of their former partners to take all the money and run.

The money was frozen until this week Magistrate Stuart Lindsay made a ruling as to the ownership of the lotto ticket. The Magistrate said both parties were ”very poor witnesses” who lied to help their own cases.

”Whoever bought the lotto ticket that day, there was an understanding that it was a joint ticket and that they would share the winnings,” the Magistrate ruled. 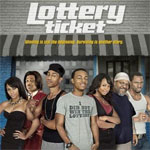 Director Erik White’s new film Lottery Ticket is, unsurprisingly, a movie about a young man who wins the lottery. It is a comedy that doesn’t take itself too seriously, and judging by the reviews that are popping up from film critics, nobody else is taking it very seriously either.

Lottery Ticket stars rapper Bow Wow as Kevin Carson, a young man living in the projects with his grandmother, whose life takes a turn when he wins a $370 million lottery prize. When he tries to cash in his winning ticket, he finds the lottery office closed for a long 4th of July holiday weekend. The movie follows his misadventures as he struggles to survive three days of begging and bantering from his friends and family, who are all eager to grab a slice of his new jackpot prize.

It’s an easy movie, slightly charming, but overall it’s not a very satisfying ride. Its all-star cast (Mike Epps, T-Pain, Keith David, Charlie Murphy, Gbenga Akinnagbe, Terry Crews, Ice Cube and Loretta Devine) offers a lot of great cameos which spices things up, but these brighter moments don’t keep the story from being utterly predictable. Is this Lottery Ticket worth the $9 it costs to see it in the cinema? Probably not.