An 89-year grandmother of fifteen just hit two jackpots in one day and beat the astronomical odds at California’s Barona Resort & Casino.

The wily granny was on her eighth consecutive hour of trying to master the Wheel of Fortune MegaJackpot progressive dollar slot when she hit a $6,365 dollar Jackpot. According to Juanchita, the octogenarian’s health care assistant, the granny is a bit senile and completely forgot that she won two jackpots in one day.

As Juanchita describes the event – (translated from Spanglish) – “I was talking to the janitor, he is from the same city as I in Mexico. Next I hear more bells and whistles and I think immigration raiding the casino.

Two jackpots in one day is how to play

“So I look, and there shewinning two jackpots in one day at the same slot machine and it’s all lit up again. I think crazy old woman broke it and police coming for sure now, but she won again.”

Current list of top two jackpots in one day!

The elderly lady had just hit the motherload and the following to say on her ninth hour in the casino and less than an hour after winning the $6,365 jackpot – “The jackpot was a complete shock. I’d only been in the casino for about ten minutes and sat down at the machine to play. A couple of spins later, I was a big winner and it was such a surprise. I plan to have a lot of fun with the money.”

We are sure you will madam, and judging by Juanchita’s ear to ear grin, so does she.

In the biggest win in online history for a woman and also for a Swedish citizen, one lucky player hit the ultra bloated NetEnt Slot Machine called Mega Fortune’s online Progressive Jackpot which came out to an amazing 5.3 Million Euros ($7.38M dollars).

The winner, who was practically speechless during the post-win interview, could only say – ‘It is difficult to see how much money it is, but I’ll take one day at a time and digest it all. I will buy a house and ensure that my family and loved ones are well off, and donate some to a good purpose.’

The winner wished to remain anonymous citing privacy concerns but it was revealed that she comes from a small town of Småland, and has been playing online slot machines for close to a year but only at very low limits.

In Sweden, all traditional as well as online gaming, is under the control of Sweden’s gambling monopoly and it is yet unknown whether the lucky jackpot winner was playing at an online casino within the monopoly. EU has slowly been pushing to regulate the Swedish market and allow more competition with little result as of yet.

Mega Fortune, the lucky online slot which made her a millionaire, is a very popular 5-reel, 25-payline game with the Progressive Jackpot attached. The progressive jackpot slots have already been reseeded back to $250,000 and is awaiting the next lucky winner.

Looking for the big jackpot winner in Australia (again) 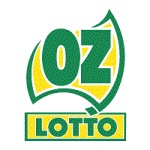 For the third time in five months, an Australian has hit an eight-figure jackpot in the national Oz Lotto and hasn’t come forward to collect the winnings. NSW Lotteries is therefore once again appealing through media channels for players to check their tickets again, for they could easily be sitting on about $20 million ($18.73 million).

What is known is that the winning ticket was bought in Sydney somewhere in the northwest of the city. Further details were not to be released so that, as NSW Lotteries spokeswoman Una O’Neill explained, “the winner [may] check their entry without the glare of publicity.”

Though the deadline for collecting on this ticket would be December 1, 2016, multi-million winners rarely wait for longer than a day or two – except, of course, in Australia lately, where folks’ overlooking winning lottery tickets has become a bit endemic.

In July, another Sydney resident took $40 million ($37.46 million) in the Oz Lottery, but only after a similar public call by NSW Lotteries. And in April, several days passed before a middle-aged couple in Ashfield rechecked their ticket to find they’d bagged $30 million ($28 million).
So, again, if you’re in Sydney, check those tickets! 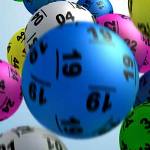 A county magistrate in Berkeley County, West Virginia, will now be able to retire after winning a huge $79 million Powerball jackpot.

Magistrate W. Randy Smith, 63 years old, cancelled a scheduled vacation when he heard he’d won the jackpot in favor of his incipient extended holiday thanks to the eight-figure payout. Smith made his intention to step down from the bench, a position he was elected to in 2008, known in a fax to his boss, judicial circuit chief judge David H. Sanders.

In an interview with local media, Smith explained that he didn’t want his employees to be “left holding the bag” and that he would “certainly miss the people that I’ve met and worked with over the years. … I’ve just always enjoyed public service, [and] it has been rewarding to be able to help people.”

Smith said he planned to financially assist some family members with his prize, buy a new car and take a vacation overseas. After taking the “cash option” and figuring for taxes, Smith’s winnings amounted to about $30 million. The winning numbers were 07, 10, 12, 22, 27, and powerball 26.

The magistrate’s last day on the job will be September 6. 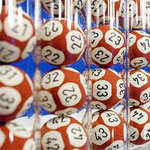 A Shanghai resident won the lottery just days ago, claiming a 259 million yuan jackpot ($38 million USD). This is the second largest lottery win ever recorded in China.

The ticket, purchased at a lottery booth in Dalian Road, Yangpu District, was for a game from the China Welfare Lottery called Union Lotto, sometimes known as the two-colored ball game. Each ticket offers up to 55 top prizes and many more secondary prizes. The winner grabbed 50 out of the 55 top prizes, each one worth five million yuan (about $740,000 USD). An additional six million yuan ($885,600 USD) was won through secondary prizes.

The winner, whose identity has yet to be released, will have to pay approximately 20 percent of the winnings as tax.

The Union Lotto is a progressive jackpot, so it keeps growing week after week if there is no winner. Last year, a player from China’s Henan Province won 359.9 million yuan, the largest lottery jackpot the country has ever seen.