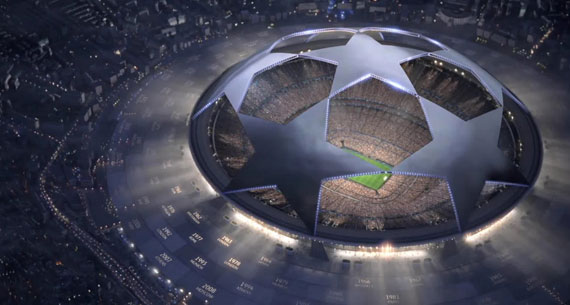 New season… (UEFA)
One of the main questions of this round was whether Gibraltar champion Lincoln Red Imps will be capable of knocking out Scottish champion Celtic FC. Let’s see how they performed at what the remaining Champions League Qualifiers results are!

The New Saints (TNS), champions of the Welsh first division, have been drawn together with Cyprian champions APOEL Nicosia, who have been participating in several group stages of the past few Champions League and Europa League tournaments. Obviously the Cyprian side were the favourites according to all gambling facts predictions.

The first le’s goalless draw made us believe that it won’t be such an easy battle for the favourites, but APOEL showed its class in the second leg. They were far more confident on home field and have secured an easy 3-0 victory. TNS had no chance in the second leg and hence their dreams of qualifying for the next round for crushed quickly.

It’s obvious that the Northern Irish Premiership is not among the strongest divisions in the universe, but it was also expected to have some improved performances this season thanks to Northern Ireland’s pretty good series of performances in France at Euro 2016. However, the UK country’s champion did an even worse exit of Europe than what Brexit caused for them.

Crusaders were facing a tough challenge against Danish champions FC Köbenhavn. The Danes won the first leg 3-0 in Northern Ireland and were obvious qualifiers already before hosting the Crusaders at Parken Arena. However, the Danes wanted to prove what the are capable of so they didn’t show any kind of mercy: the Champions League qualifiers results in this leg will always be remembered in Northern Ireland as FC Köbenhavn humiliated Crusaders by 6-0 at home, going through on a 9-0 of aggregated result.

Hungarian First Division winner Ferencvárosi Torna Club were facing Albanian champions Partizani Tirana. The Hungarians were clear favourites for the encounters according to the latest gambling news, however they failed to prove in the first leg that they are the better team: they only managed to play a 1-1 draw in the capital of Albania.

Ferencváros were also favourites for the second leg, which they were about to play at Groupama Aréna in Budapest. They should have won easily but the game ended in another 1-1 so it was decided in a penalty shootout. That’s when Partizani star became Champions League hero: Hoxha, Partizani’s goalkeeper took the first penalty for his team and he scored, with a panenka, completely humiliating the entire opponent team.

Especially after he saved the first penalty of Ferencváros, which was shot by Hungarian football legend Zoltán Gera. Hoxha completely destroyed any remaining confidence and hopes of the opponent team in just one round and he basically won the penalty shootout in the first round immediately. He saved the next penalty as well. Partizani Tirana won by 3-1 on penalties in the end, they missed only one and they didn’t have to take the last penalty…

One of the most surprising Champions League Qualifiers results in the first leg of this round was the unexpected victory that Lincoln Red Imps achieved against Scottish giant Celtic FC. Online sports betting news were shocked when live sports results showed a 1-0 lead for the Gibraltarian champions and that 1-0 ended being the final result for the first leg.

However, as expected by online sportsbooks from all around the world, Celtic did not let such a disgrace happen to be knocked out by a semi-professional football club from Gibraltar. The Scottish champion hosted Lincoln and made sure to show them they have no chance here. Celtic won by 3-0 and can expect the next round after a confident and successful encounter after all.

Lately the rumours for Celtic to join Premier League have started re-appearing because of its dominant performances in the Scottish First Division thanks to the exit of Rangers. However, it’s not very likely to happen any time soon, especially if the UK falls apart thanks to that cute little Brexit… and of course Celtic wouldn’t have much benefits from it: how could they participate in the Champions League if they had to face teams like Man Utd, City, Chelsea, Liverpool, Arsenal week after week…instead of Aberdeen, Hearts or Dundee Utd.