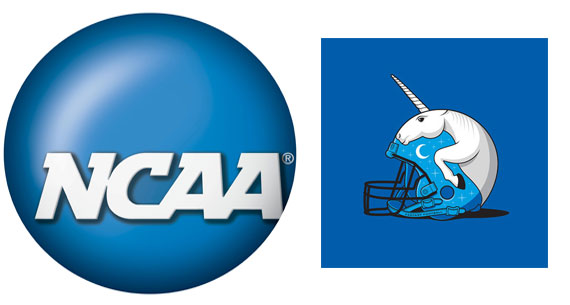 Fantasy football is “the thing ” right now. Not for everybody , though…

NCAA rules against fantasy football threatens participating athletes with a year of suspension.According to Oliver Luck, the executive of the college sports organization and father of Indianapolis Colts quarterback Andrew Luck, entry-fee daily fantasy sports qualify as sports gambling, which is prohibited for NCAA players. This means that athletes playing fantasy games for money violate the organization’s gambling laws. They will automatically lose one year of their eligibility if caught playing DraftKings or FanDuel. 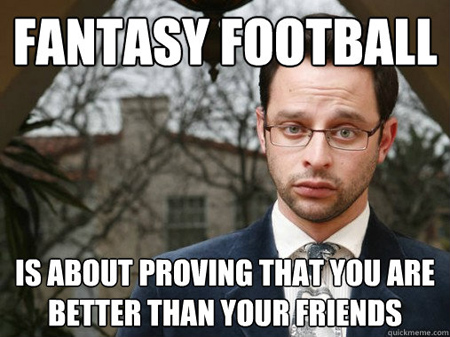 There, somebody finally said it!

Like the NFL and unlike the NBA and the MLB, NCAA strongly opposes sports gambling. But the amateur sports organization went one step further recently. They declared that entry-fee daily fantasy sports are also a form of sports gambling.

Though the major leagues all embraced these games – or just did not act to prevent them growing – NCAA has a firm stance against the matter. They argue that it is a threat towards the integrity of the game and amateur players are far more vulnerable like their pro colleagues.

Since there is big money in this business, it is obvious that at some point it will worth it for someone to try to influence the result of college sports scores to make some cash. The majority of the NCAA athletes have no shot at professional careers at all. So, why not try to earn some extra income towards the end of their college careers?

Huffingtonpost.com: Why The NCAA Is So Uneasy About The Rise Of Daily Fantasy Sports 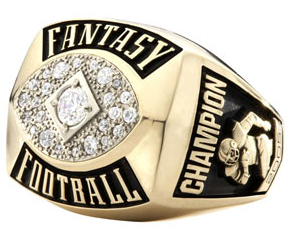 This champion ring is just as…real as fantasy football

A survey from 2004 found that 1.4% of college athletes changed their performance in order to influence the result of a game. According to a 2012 survey, 4.6% of college players were approached by outsiders for confidential information. The latest big point-shaving scandal in NCAA basketball from 2004 to 2006 also emphasizes the threats towards the integrity of college sports.

Taking all this into account, it is no wonder that NCAA rules against fantasy football are the same as against traditional forms of sports gambling. However, many experts of gambling facts consider this as an outdated and hypocritical approach. Labeling all this as gambling and prohibiting it, won’t solve the problem.

A few players might get caught and would be handed a year suspension, but this thing is so widespread, that it won’t avert athletes from playing. The 2012 survey that was mentioned above, found that 50% percent of NCAA athletes played fantasy sports. It was three years ago, and these games grew massively since then… 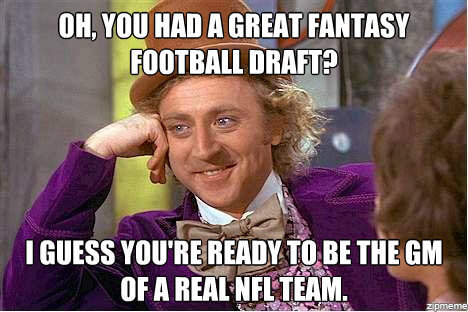 Fantasy Football: anybody can be a coach (or a manager)!

The NCAA want to ban college games from the catalogues of daily fantasy sports sites. Though this would be a better solution, it is hard to see happening anytime soon. And even if they would be able to get a gambling regulation like this implemented, all this would continue in illegality… 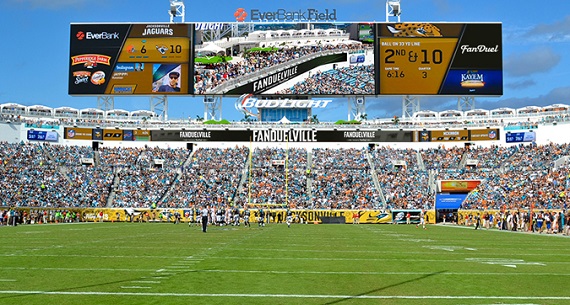 FanDuelVille is the ultimate hangout for fantasy sports gambling in the Jaguars stadium!

In their current form many considers fantasy sports gambling. What is the difference between sports betting and playing fantasy football for money after all?

As the new NFL season started, fantasy sports games appeared and were advertised in a quantity that was unknown before. Is fantasy sports gambling? It is not decided yet, and operators can capitalize on this blurred status for now. However, a congressional hearing will examine the issue after New Jersey representative Frank Pallone called for it on Monday.

He did that on the first working day after the first weekend of the 2015 NFL regular season. Maybe he was shocked by the amount of fantasy football ads during the games, or maybe he was simply pissed that New Jersey legal sportsbooking wasn’t granted for casinos and racetracks located in the state. But that is true that this is a USD 15 billion business and that betting on player’s performance is quite close to bet on live sports results.

Moreover, if he went through the odds of any legal online sportsbook in the US, he might have noticed that sports betting also covers individual performance. You can bet on touchdown passes, interceptions, completions, rushing and receiving yards etc. Considering this, the answer to the question that is fantasy sports gambling seems even closer to a yes than before.

Best experts of sports and gambling facts might know that the actual playtime during a three-hour long NFL broadcast is no more than 11 minutes. For most of the time you will see players standing around the field between plays. Though for hardcore fans and experts this is the most interesting part of the game in some aspects.

And still, there is an awful lot of time for advertisements. And in the first weekend of the NFL season, most of the spots were advertising fantasy sports products. The biggest of these are DraftKings and FanDuel, who were even approved by PayPal, the overly popular payment service that is also back in the gambling business after a twelve-year long absence. 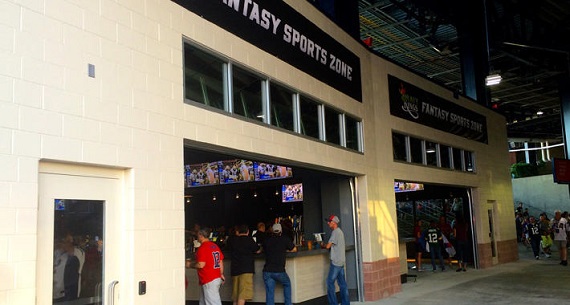 DraftKings and FanDuel basically split the field between themselves as now each of them have sponsorship deals with 16 out of 32 teams in the NFL. It is interesting that the National Football League is so favorable towards fantasy sports, while it opposes sports betting so vehemently. Maybe the fact that Dallas Cowboys owner Jerry Jones and New England Patriots owner Robert Kraft have stakes in DraftKings might help us to understand the picture better.

The league actually distanced itself from daily fantasy sites for long, but the teams agreed with the operators individually. Fantasy sports are legal since 2006 in all but five federal states in the united states. Legislation provided an exemption for them, since they would have been banned according to gambling laws in the US just like online poker.

However, fantasy football was a season-long game first, and participators picked their players for the whole regular season. The NFL has been running such leagues long, money is not involved, and usually friends play against each other for fun. This service was implemented to engage viewers for games that would be originally uninteresting for them. 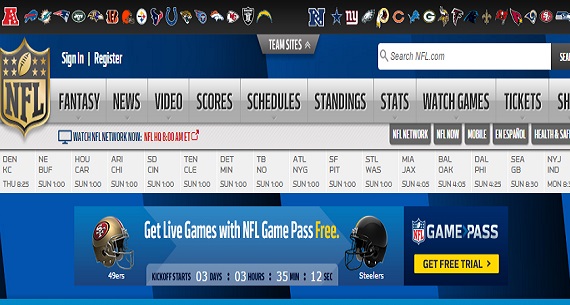 NFL.com helps fantasy players with all the statistics and news they possibly need

But the competition at fantasy football sites goes for large prize pools up to USD 2 million, and participators have to pay an entry fee. There are weekly payouts and the whole concept pretty much resembles to internet gaming. Is fantasy sports gambling then? Some say, yes, definitely, just like Frank Pallone, who initiated the congressional hearing on the matter.

Some see a future with legalized sports betting in the US, with the big daily fantasy sports sites running the show. That is certainly a possibility. However, for the moment, these fantasy operators are driving on the limit. Frankly, they should have an effect on US gambling laws, as some regulations might be needed for this gray area.

They might bring some change in the assessment of online sportsbooks in the US as well. This de facto fantasy sports gambling business, as some say, is not far away from betting on sports at all in its newest form. Actually both kind is in a legislative gray area, and regulations are definitely outdated. It is time to make things clear. 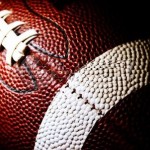 Four employees of a Texas company called Fidelity were fired for playing fantasy football at work. Fantasy football involves creating virtual teams out of pro football players, then using the real player’s statistics to determine the results. Pooled money from all participants provides prizes. A Fidelity spokesperson claims the company has strict rules against gambling.

Fantasy sports leagues are up in arms after news got out that a company called Fidelity Investments recently fired four employees for playing fantasy football while at work.

President of The Fantasy Sports Trade Association Paul Charchian said on Wednesday that the association is concerned that the incident marks the start of a battle between employers and the popular pastime of internet sports betting. Charchian cited a June survey that found 29 million people played fantasy sports in the United States and Canada in the past year, up from 20 million people in 2007.

Fantasy sports games revolve around the statistics or actual professional athletes. Players put together a virtual team and convert the stats of each player into online points, winning money when their “team” performs well. The money comes from participants who pool funds to fuel the games. Many offices tolerate fantasy games, and some even encourage them as morale-builders. Others question shether these games amount to gambling in the true sense.

Cameron Pettigrew, a manager at Fidelity’s Westlake office in Texas, along three other employees were fired by Fidelity for participating in the fantasy sports. A Fidelity spokeswoman said “We have policies in place that address a variety of professional conduct standards for our employees”.

Few details have been released concerning how Pettigrew’s league worked or why Fidelity may have objected to it.

Cameron Pettigrew, a manager at Fidelity, told the Fort Worth Star-Telegram how he and three other employees lost their jobs at the Boston-based mutual fund corporation.

Pettigrew, who worked for Fidelity for 2 years before losing his job, could not be reached for comment.

Vin Loporchio, a spokesperson for Fidelity, said that the company does not comment on current or former employees “out of respect for their privacy and confidentiality,” and would not provide information.

“Our company policies address a variety of professional conduct standards for our employees,” Loporchio said yesterday in an e-mail to the Boston Herald. “Beyond that, however, we would not have anything to add.”

Loporchio told the Star-Telegram that Fidelity has “clear policies” relating gambling. “Participation in any form of gambling through the use of Fidelity time or equipment or any other company resource is prohibited,” the newspaper quoted Loporchio as saying. “We want our employees to be focused on our customers and clients.”

A broker at a financial company in Westlake, Florida, claims that he lost his job for playing fantasy football while at work.

“I’m being 100 percent honest,” said Cameron Pettigrew. “It’s as ludicrous as it sounds.”

Pettigrew said his former employer, Fidelity Investments, let go of him and three others in October for organizing $20 fantasy football games. Fantasy football is a popular sports game in which participants bet on the performances of real football players.

“I loved my job at Fidelity,” Pettigrew said. “My whole argument is, the punishment didn’t fit the crime.”

Vin Loporchio, a spokesman for Fidelity told the Fort Worth Star-Telegram that the company has a clear policy against gambling. “Participation in any form of gambling through the use of Fidelity time or equipment or any other company resource is prohibited,” said Loporchio. “We want our employees to be focused on our customers and clients.”

Pettigrew claimed to understand the company’s policy but didn’t think it was enforced. “We had people in management and leadership doing it, ever since the first day I was there,” he said. “I thought it was a rule nobody took seriously.”

Pettigrew is now unemployed and looking for work.