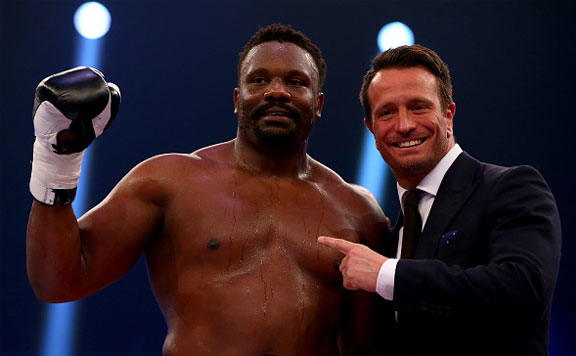 In one of the first stories on great gambling results in 2017, professional boxer Derek Chisora won big betting on huge underdog Tony Bellew beating David Haye. Not many boxing betting experts predicted the fight would go to Bellew, who was giving up a massive size advantage.

Nontheless, Chisora had faith in the Liverpool native. Despite coming into the fight as a 5/1 betting underdog, Bellew shocked the world and earned an 11th round stoppage victory over Haye. Was it luck that Derek won big betting on Tony? According to him he always believed Bellew would get the win. “The underdog always wins, the world is changing,” he said to the media.

According to SkySports, Derek Chisora bet £500 on Bellew to win. If he managed to make that bet with the odds that most UK sports betting sites had at 5/1, he would have earned £2,500. That’s some amazing gambling results considering how many people were writing Bellew off.

Anyone who likes to bet on sports in the UK should consider making a similar wager for next month’s boxing match between Anthony Joshua and Wladimir Klitschko. Chisora won big betting on the fights last week, will you be the next to earn a huge payout betting on boxing?