Uruguay Will Cause Problems for Chile 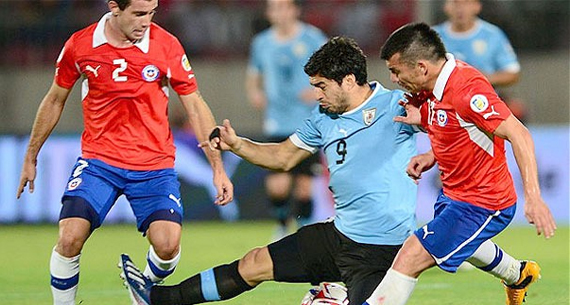 Uruguay may constitute tough opposition for Chile. (Photo: The Telegraph)

Chile will take on Uruguay in the first quarter-final of the 44th edition of the Copa America. This match could be one of the most intriguing clashes in the tournament as the two teams have characteristically different styles and mentalities. Chile will play on the floor, attacking and pressing all the time while Uruguay is going to sit back and try to win set pieces in the opposition’s half. The hosts, who seriously lack height, have troubles with high balls and La Celeste could be able to exploit this despite the fact that Chile will play in front of their own crowd.

In the first quarter-final of the 2015 Copa America the hosts will entertain the title-holders. Uruguay is the most successful team in the history of the competition with 15 titles, while Chile have yet to win their first Copa despite taking part in all the 44 edition of the tournament.

Chile have never had a chance like this to win the Copa or any other international trophy, which puts a considerable amount of pressure on the team. The group of players is the best in quality the nation ever had, however their display was far from immaculate in the group stages, as followers of live sports results might have noticed.

Arturo Vidal and co. were the best against Bolivia, in a match when the pressure was off, with advancing already secured. However their defensive problems and their lack of height contributed significantly to a 3–3 scoreline against Mexico, and all this could be exploited by Uruguay too, but the hosts are still the favourites to advance.

Goal.com: Sampaoli: Uruguay last-eight tie is a final for Chile

Uruguay coach Jorge Sampaoli thinks that title-holders Uruguay will cause a lot of problems in their respective Copa America quarter-final at the Estadio Nacional. After winning group A convincingly, La Roja is on track to win its first title in the 99-year long history of the competition, to please all the Chileans who follow sports scores. 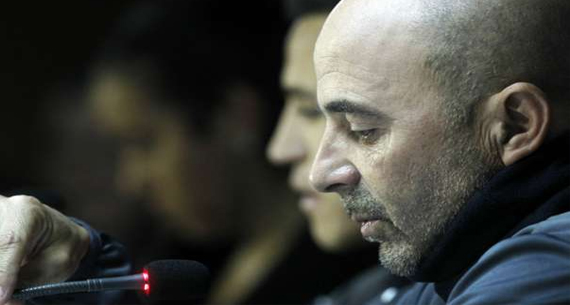 However, Sampaoli outlined that Uruguay’s style will make their quarter-final a troublesome tie, online gambling news report. He said, “I believe the game for us is a final and it will be very complicated due to the opponents’ characteristics, We will play against a team which knows how to play this kind of game. These are distinct matches with a mental factor.”

He also spoke about the aerial threat Uruguay poses. He expressed, “They have played against teams with more height than us and have always scored goals because they have good headers of the ball.” He went on to emphasize the importance of Arsenal’s Alexis Sanchez. He said, “Alexis has to play an integral role for the function of the Chilean attack and has to impose himself with his skill and the form he is in.”

ESPNFC.com: Chile and Uruguay Copa America quarterfinal will be decided in midfield

Chile racked up 10 goals in the group stage of the Copa, with no other team reaching five, and this should indicate that they are on a level where it is no problem for them to convert their chances. However, Chilean football expert Leonardo Veliz expressed that they weren’t as impressive in the first phase as their tally would suggest, according to gambling news.

“The Chile that qualified did not convince me,” he expressed. “Its apparent brilliance came only against an already qualified Bolivia. Those five goals against Bolivia hide a reality. There are great individual strengths… but also gaping collective weaknesses which could be exposed against opponents with more quality.” 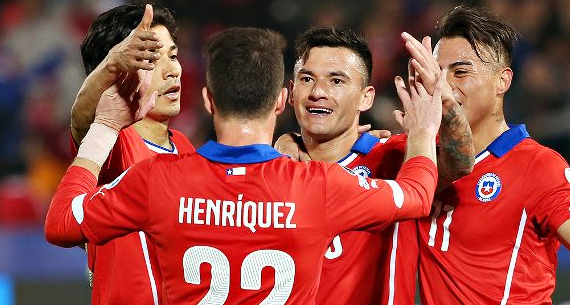 Chile may lose their advantage in case the game reaches to the stage of penalty shout-out. (Photo: ESPN)

They will have 90 minutes to seal the game before a possible penalty shoot-out against a Uruguay team that is capable of knocking out the hosts. Even without their biggest star, the banned Luis Suarez, because their strengths are the organized defending and nodding in high balls in the opposition’s box.