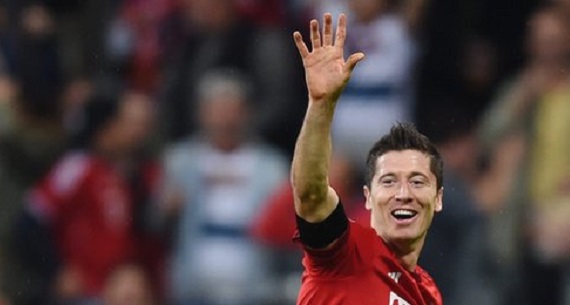 How many, Robert? It happened too quickly, we couldn’t follow (Photo: EPA)

Bayern was down, so they needed their Polish striker from the bench, who came in and finished off Wolfsburg. The Lewandowski 5 goals in 9 minutes show created history.

At Borussia Dortmund, Robert Lewandowski was a superstar. He was the focal point of all the attacks, which naturally appeared in his goal-scoring statistics. He scored 22, 24 and 20 Bundesliga goals in his last three campaigns for Dortmund. That was 27.5, 29.5 and 25 percent of Dortmund’s league tally respectively.

At Bayern Munich, he is also the No. 1 option for the central striking role. However at Allianz Arena, he is just another player. He still scored 17 goals in is first Bundesliga season with die Roten, which is 21 percent of the Bavarian’s total. But since Bayern plays a different, less vertical game to that Borussia played under Jurgen Klopp, not all the attacks come down to Lewandowski.

He is an important player for Bayern, but not that important as he was at Signal Iduna Park.

But on Tuesday, he was the most important player in sports scores news around the world. Wolfsburg took the lead with their first shot of the game in the first half against Bayern Munich through Daniel Caliguri. Bayern had most of the ball in the first half, but Wolfsburg protected their box immaculately. The hosts were unable to create quality chances, they relied on long shots instead.

Pep Guardiola sent in Robert Lewandowski and Javi Martinez at half time, taking off Thiago and Juan Bernat. Since Bayern had the ball and Wolfsburg was camping in their own defensive third, it was reasonable to deploy a more typical striker alongside Thomas Muller and Mario Gotze.

The Pole came in and the game was settled and sealed in fifteen minutes. The amazing show when the Lewandowski 5 goals in 9 minutes came, started in the 51st minute. And the game was all over in the 60th, when the No. 9 hammered home the goal of the day, a flying volley from the 18-yard line.

Three of his goals were unassisted. This signals that the Wolfsburg defence simply shut down after the break and the structural change in Bayern’s line-up might also confused them. It also marks that Lewandowski had some luck with his goals – particularly the third – but his positioning was perfect throughout this period. He was able the exploit the holes in the Wolves’ defence, and he banged home the ball from every opportunity he had in that 9-minute-long spell.

With this Lewandowski 5 goals in 9 minutes show the polish striker scored the fastest Bundesliga hat-trick (less than 4 minutes). He was also the quickest Bundesliga player to reach four goals (6 minutes) and five goals. Experts of gambling facts might also know that he is also the first player in league history who scored four and five goals as a substitute.

Who Scored the Most Goals in a Bundesliga match?

The Bundesliga record for most goals in a game is six. The sechs Tore feat was achieved by Dieter Muller for 1. FC Koln in 1977 against Werder Bremen in a 7–2 victory. Since the cameramen were on strike that day, unfortunately there is no video footage of that historic act. 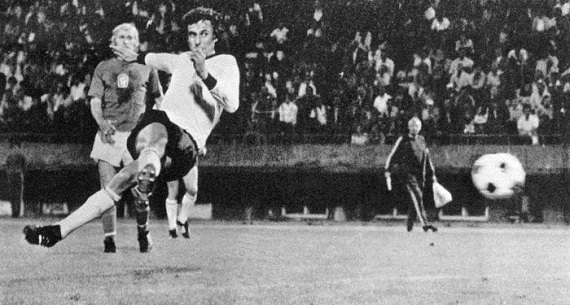 This fünf Tore trick, that was discussed by online mobile news all over the world. And by the record-breaking Lewandowski 5 goals in 9 minutes glamour the Polish striker became one of the best substitutes in footballing history. After all, it could be a great role to be a multiple-goal substitute in every game for a European elite club.

Remember Ole Gunnar Solskjaer, who became a legend from the bench – once scored four as a substitute for Manchester United and decided the 2000 Champions League final against Bayern Munich coming in late in the second half. Or there is Henrik Larsson, who virtually won the 2006 Champions League final for Barcelona with his two assists after coming in as a sub.

However, I am sure that the Pole has no plans about sitting on the bench for long periods. This Lewandowski 5 goals in 9 minutes ensures his starting place – unless Guardiola being a mastermind genius freak, making a habit of humiliating opponents with super subs…