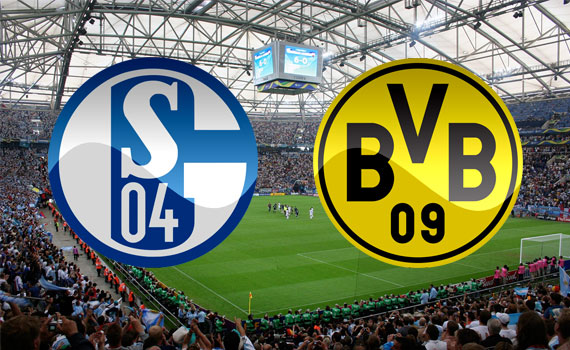 Who will win the Revierderby?

A great football derby will be held in Gelsenkirchen this Sunday; however, Schalke vs Dortmund betting tips suggest a one-sided encounter.

After Bayern Munich, Borussia Dortmund are the second best football club according to all latest gambling news. They have been showing a series of great performances throughout this season; however, they had a tough challenge on Thursday in the Europa League. The third place is far away and if we are honest, we must admit the fact that they don’t really have a chance of being champions. Bayern Munich are not likely to give away their 5-point advantage just 6 games before the end.

If Dortmund players feel that, and they must feel that, considering the outcomes of the last few Bundesliga seasons, their attitude towards the game could drop significantly. Should that happen, with a little bit of concentration and a lot of fighting, the home side would stand a chance despite the fact that they are underdogs according to all Schalke vs Dortmund betting tips.

The Gelsenkirchen-based side has been highly under-performing during this season. They are standing in the 7th spot of the table, which means that their chance to participate in a continental tournament is at stake. By defeating their rival, they could already be in the 4th place with a bit of luck. That’s what they will be hoping to achieve by Sunday evening and that’s what they will be fighting for.

In addition, as German football enthusiasts must know, Gelsenkirchen and Dortmund are two cities pretty close to each other, which means there is a strong rivalry between Dortmund and Schalke. Should Dortmund players think this game is not too important, even if they do so only for a second, Huntelaar and his mates will strike back immediately. Not to mention the dreadful environment that will be created by the fanatic supporters of Die Königsblauen.

As we can see, Schalke vs Dortmund betting tips suggest that wagering against Tuschel’s men equals throwing money out of your window. However, gambling predictions do not really matter at football derbies. It’s all decided on the field. We will see on Sunday afternoon which side will take the game more seriously, and which side will be able to collect the 3 points.

The German top flight has not seen action since the 22nd of March, so all the clubs and their supporters are ready to take on other sides to clinch a better spot on the table. Hannover will travel to Frankfurt to play against the local side where they will aim to hopefully win the encounter.

Bayern Munich have been dominating all season long and they are not likely to slip up any time soon as they contain some of the most talented players both domestically and in the Europe. So they are viewed as automatic favorites as they gear up to play against Hannover away, while Monchengladbach will try to instill their philosophy when they play Mainz away.
Bundesliga Betting Preview – Matchday 24 (Part II) (March 6-8, 2015).

During the week we enjoyed all the great action in the DFB Pokal which saw the likes of Bayern Munich take on Braunschweig and Dortmund play against Dresden away from home. Both of the aforementioned Bundesliga teams were successful against their lower side oppositions so now they will focus their attention to the upcoming games in the national league.
Bundesliga Betting Preview – Matchday 24 (Part I) (March 6-8, 2015).

Although the Premier League and the Spanish La Liga are normally considered the top two leagues, the German top flight also has plenty to offer. No matter what team is playing great football action is expected in the Bundesliga, so make sure to check out our betting preview that will feature some thrilling encounters.
Bundesliga Betting Preview – Matchday 23 (February 27 – March 1, 2015).