Philadelphia is the Saddest Pro Sports City in the USA 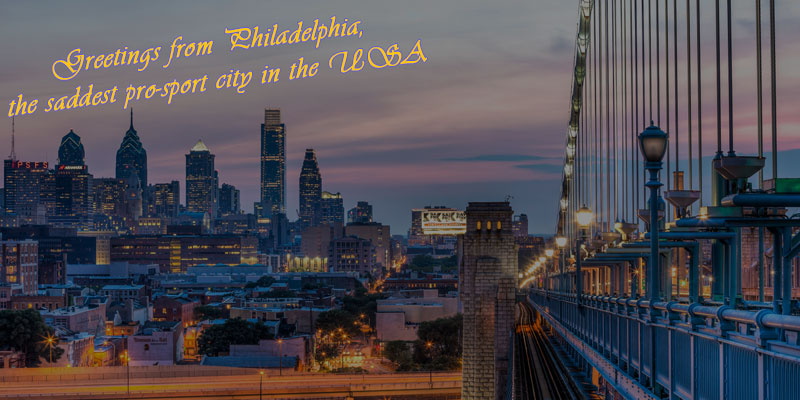 Given that Philadelphia has some of the most caring and loyal fans out there, this news is going to hurt: Philadelphia is currently the most depressing pro sports city in the USA.

If you’re an American pro sports city, you’re likely to have one or two major sports league teams that aren’t up to snuff. So what do you do when you’re in the situation that Philadelphia is currently in, in which all of your teams are doing incredibly poorly?

Don’t believe us? Let us count the ways.

NFL: The Philadelphia Eagles were humiliated on Thanksgiving Thursday after losing to the Detroit Lions with an embarrassing 45-14 score. That game was their ticket to the NFC East, which made the loss especially hurt football fans and users of online sportsbooks in the US. Though it’s easy to see why they lost: they were horribly overmatched on both sides of the ball, and some of the Eagles played like they weren’t even trying.

NBA: The Philadelphia 76ers have said for what feels like over a decade now that fans have to be patient, that they’re in the middle of rebuilding their team into something great that the pro sports city will be proud of. Why not just be honest and admit it’s not happening? While there is some good young talent on the team, such as Nerlens Noel, Nik Stauskas, and Jahlil Okafor, General Manager Sam Hinkie has no talent for organizing and putting together a team that actually plays well together. And if the 76ers keep going downhill, Hinkie is going to lose all the young stars that are keeping the threadbare team together—and the fans who like to bet on sports in US watching.

NHL: The Philadelphia Flyers are good guys, and they mean well, but they’re still ranked second-to-last for the Metropolitan Division and for fewest wins in the entire 2015/16 NHL, and are at the bottom of all NHL hockey betting lines. Allison J. of Broad Street Hockey summed up fans’ feelings about the Flyers perfectly: “The Flyers kinda suck, yes. But they are like the sweet, adorable new puppy that pees in your shoes. You love them anyhow.”

MLB: Things are bleak in Citizens Bank Park. The Philadelphia Phillies have won the fewest games of all pro sports city teams this year. They failed to qualify for the 2015 World Series, and given that they’re currently the joke of major league baseball and in the process of a massive team rebuild, it’s looking like they won’t qualify for the 2016 World Series, either.

Given that it’s just one bleak prospect after another for this pro sports city, we hope that things get sunnier in Philadelphia and fast.

Choose a team outside Philly to bet on…

It’s the Thursday Football Fans have been Waiting for: Thanksgiving Day NFL Games 2015! 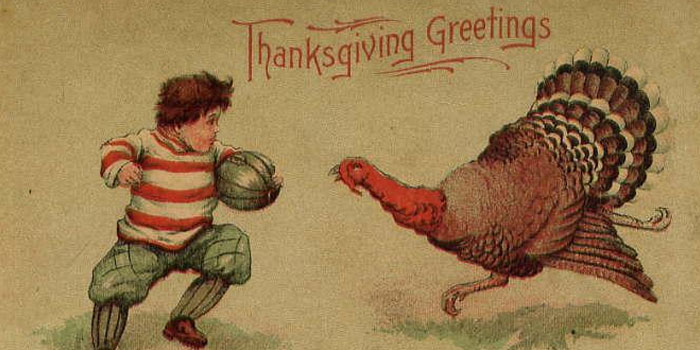 Turkey or football? or both?

Thanksgiving Day NFL games are as much of an American tradition as turkey dinner and pumpkin pie, and this year’s game day is looking to be incredibly entertaining!

The Thanksgiving Day NFL games kick off with the Detroit Lions versus the Philadelphia Eagles. If the Eagles won this match they’d be proving themselves playoffs worthy, and given that the Lions are currently at the bottom of football rankings, this won’t be a difficult victory for them to pull off.

In opposition, the Carolina Panthers versus Dallas Cowboys match is one of the more balanced matchups of the Thanksgiving Day NFL games. The Panthers are one of the only unbeaten teams remaining in the NFC, but quarterback Tony Romo has provided a boost for the Cowboys that makes them a team to beat. Can the Dallas be the first to defeat the Panthers this NFL season?

Meanwhile, the Green Bay Packers are expected to take down the Chicago Bears. The Bears really need a win after having been taken down by the Denver Broncos, but the odds aren’t in their favor this Thursday. We’d bet on the hosts to win this one.