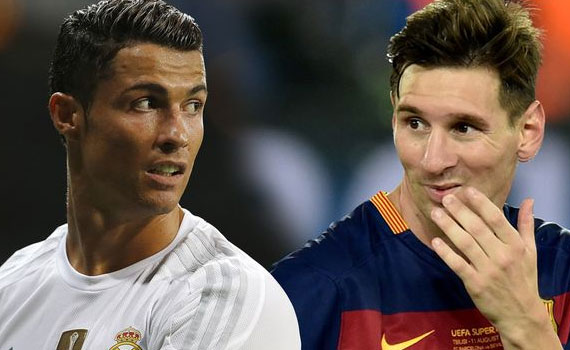 The most important thing that we must notice was how all gambling facts were in favour of betting on the Blaugrana: Luis Enrique’s men have not lost a single game out of their last 34 matches at Camp Nou, and counting all competitions, they have been undefeated for 39 games in a row.

On the other hand, there was the underachieving Real Madrid, with an inexperienced trainer, trying to pick up the trash that Rafa Benitez has left. In addition, Barca won in Madrid’s stadium by a humiliating 4-0, how could the Merengues stop them this time, when it seems even easier for the Catalan side?

If we had needed more assurance on how to bet on Barca v Real, checking out El Clásico betting tips certainly made sure we have no doubts about Barcelona winning by at least two goals. Online betting sites also showcased easy victory for Barca: the odds for their success were 1.57 (4/7) at Bet365, while those for Los Blancos were 5.50 (9/2).

Barca pressured in the beginning…

And that’s exactly what we had expected before the game hasd started. In addition, that’s the exact same feeling we could have had after watching the first half of the game: Real Madrid slightly even tried to attack, they were there to defend. However, the Catalan side were also achieving under the expectations as they hardly ever had occasions to score a goal as well.

Luckily the second half did bring a much better entertainment for football fans. El Clásico betting tips seemed to become true as Gerard Piqué took the lead for the Blaugrana with a great header in the 56th minute. Only 6 minutes later, Real Madrid hit Barca on a perfect counter attack, of which Benzema scored a beautiful goal eventually. The Madrid managed to equalize and they had the chance to start building up their game again.

Real Madrid overcame all difficulties they had

However, it didn’t go as easy as it sounds. The referee hasn’t been on top of the game all night, and he proved his skills against in the 80th minute, where he almost robbed Real Madrid the victory. Cristiano Ronaldo got the ball on the left flank, crosses in to the long side and Gareth Bale’s header finds its way into the goal. It was completely legal, yet the referee disallowed it for reasons unknown and impossible to understand.

Barcelona players looked incredibly exhausted by that time but still they seemed to be in favour of winning the game. Especially from the 83rd minute, when Sergio Ramos made another wrong tackle. It earned him his second one of the game, which he exchanged for a red card. 10-men Real Madrid against Barcelona at Camp Nou… protecting the draw would be perfectly enough for any other team…

…Any other team, but the Royal Club! Despite the bad form they have been playing this season, despite the robbed goal, despite Ramos’s red card they once again managed to overcome everything and win the game! It happened in the 85th minute when 3-time Ballon d’Or winner Cristiano Ronaldo turned over the score and won the game for his team.

Check out our Video Snaps of El Clásico highlights

Real Madrid defeated Barcelona in a game like this, despite all odds and by proving all preliminary El Clásico betting tips wrong. The next step is the Champions League, where Real Madrid will face Wolfsburg, while Barca’s rival are Atlético Madrid before the semi-finals. We will see how the defeat affected the Blaugrana, but it might give much more hope to the Rojiblancos.

Follow our site for more sport scores news and also, if you happened to miss El Clásico, now you can check out the most important events of the game thanks to our Video Snaps of El Clásico highlights!