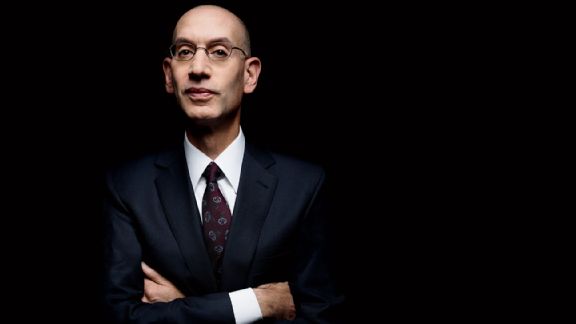 If people like to place bets, then they should have the opportunity to do so… (Photo: Peter Yang via abc news)
NBA commissioner Adam Silver is calling for the legalization and regulation of both daily fantasy sports (DFS) and traditional sports betting in the United States.In the latest gambling news, Silver expressed his continued support for DFS and sports betting on Monday. The NBA commissioner argued that the fast growth and enormous popularity of operators like FanDuel and DraftKings is proof that there is an unmet consumer demand that must be addressed.

Said Silver on FiveThirtyEight’s Hot Takedown podcast: “My view is that daily fantasy should be a regulated industry in New York and elsewhere, and I think ultimately that should be a decision for the voters.”

Silver is the first head of a major sports league to comment on the ongoing DFS controversy, and the most outspoken advocate of legal sports gambling. He made his opinion first known in October, when he told ESPN that the NBA is not considering “withdrawing or backing off our relationship with the [DFS] industry”, and that “it’s something that we’re deeply engaged in on the broader subject of daily fantasy-slash-sports betting.” He also had written a New York Times piece about why sports betting should be legalized shortly after entering into an equity deal with FanDuel.

The most pressing question in American gambling laws right now is whether DFS is a game of skill, or of chance. Silver declined to discuss whether he believes that DFS constitutes as gambling or not, but did say that the legalization and regulation of both DFS and sports gambling would be in the best interest of major sports leagues.

Said the NBA commissioner: “One of the reasons I’ve been pushing to legalize sports betting is not because that I’m necessarily an advocate of sports betting, it’s because all the research shows that it’s a multi-hundred-billion dollar business just in the United States right now.”

“In terms of the integrity of the sports league, it’s only bad news for us when it continues to remain underground… [to] the extent there are fantasy sites or flat-out betting sites, where consumers identify themselves by putting credit cards in and then can be tracked the same way the stock market can track buying and selling, then that’s much healthier for the leagues.”