Gasquet Defeated Wawrinka through Serve and Volley at Wimbledon 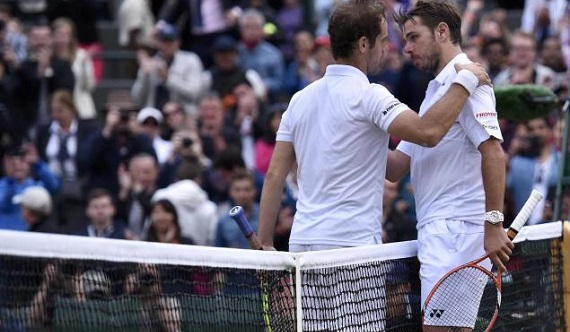 It was all won beside the Wimbledon net: Gastquet’s serve and volley assault left Wawrinka nothing but to congratulate him (Photo: Reuters)
Richard Gasquet eliminated Stan Wawrinka to join Roger Federer, Andy Murray and Novak Djokovic in the 2015 Wimbledon semifinals.

The Men’s Singles event at the 2015 Wimbledon Championships saw small renaissance of the serving and volleying approach so far, and this helped Richard Gasquet to turn the game over in the fifth set against Stanislas Wawrinka, when it looked that the momentum was on the Swiss’ side. Seven-time Wimbledon champion Roger Federer wins serve-and-volley points more often than ever since the 2003 tournament at the All England Club. Both of them will meet baseline players in the semis, probably the two best tennis players in the world currently in that regard, and this means that there are some exciting matches ahead of us. Especially the Federer vs Murray semi, that will be something like an early final.

It was smooth sailing for world number 1, 2 and 3 – all former Wimbledon Champions – to reach the semifinals, however reigning Roland Garros champion and no. 4 Stanislas Wawrinka met Richard Gasquet, and the Frenchman stopped him in a five-set thriller, online gambling news report. 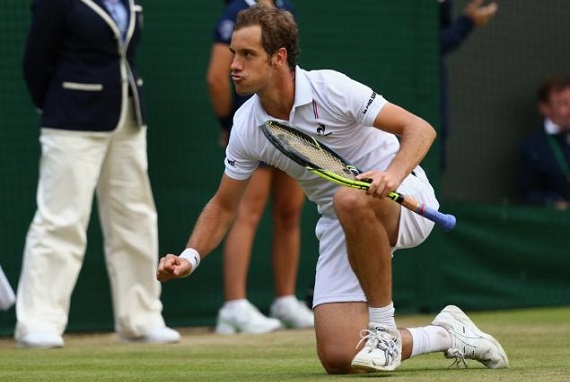 As keen followers of sports scores might know, it would be the first time in 20 years that the top ranked quartet played in the semifinals in Southwest London, however world number 21 Gasquet intervened beating Wawrinka 6-4, 4-6, 3-6, 6-4, 11-9. The Frenchman had the opportunity to seal the match earlier, when he served for the semifinal at 5-3 in the fifth set.
“The last game was incredible,” Gasquet said after the game. “I kept fighting a lot. And I did it. It’s a great match for me. It would be difficult for me to lose that one after [leading] 5-3.” He reached his first Wimbledon semifinal since 2007, and will play against world no. 1 Novak Djokovic.

Andy Murray faced Roger Federer for the last time at Wimbledon in 2012. In that year they actually met twice at the All England Club, deciding both the Grand Slam and the Olympic finals between each other, as many gamblers who follow live sports results might remember. 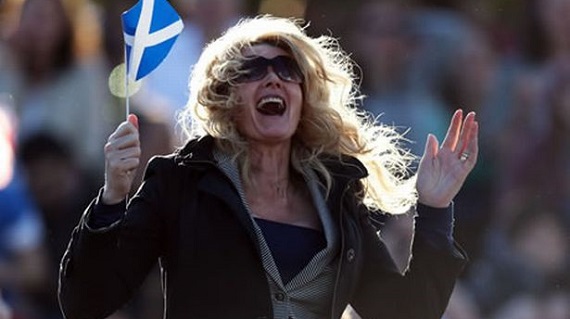 Andy Murray can always count on the British crowd’s support in Wimbledon – and his Scottish admirers in particular (Photo: Daily Record)

Three years ago Federer won the Wimbledon Championships – his last Grand Slam title to date. Murray was able to beat him at the Summer Olympics. Looking at his current form and the possible support of the home fans, the Scot is considered as the favourite to advance this time by online sportsbooks in the EU.
World number two Federer eliminated Gilles Simon in little more than one and a half an hour in the quarterfinals, while no. 3 Murray needed a bit more than two hours to put Vasek Pospisil aside. The Scot hopes that the spectators will support him in the semi, though he knows that Federer is the topmost favourite of tennis fans all around the world, including London.

NYTimes.com: A Revived Approach: The Serve and Volley

Once upon a time serving and volleying was the ultimate rule for Wimbledon, as virtually every player approached the net to settle things as soon as possible. Tennis has changed however, but serving and volleying didn’t disappear for good. The real gamblers of the game use it again, and use it more often than ever since 2007. 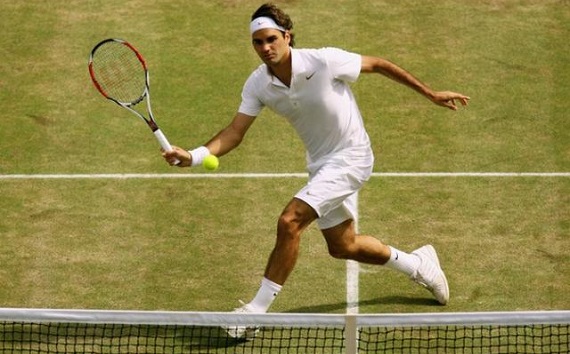 Federer is a master of all techniques, as he demonstated in Wimbledon (Photo: Getty Images)

According to gambling facts, serve-and-volley points per match are at 10.4 percent in this year’s Men’s Singles tournament at the Wimbledon Championships. For last year it was only 8 percent, but those players, who accepted that by approaching the net, they will clearly lose some points, however the odds will favor them on the long, are quite successful through the approach.
Roger Federer marched to the semifinals easily with his newly found game – he did not win so many serve-and-volley points since 2003, when he abandoned this approach – and Richard Gasquet was able to turn over the fifth set in his quarter-final against Stan Wawrinka via serving and volleying when things started to go to his opponent’s favor.