Mind Games: How Your Brain Can Trick You into Becoming Addicted to Gambling 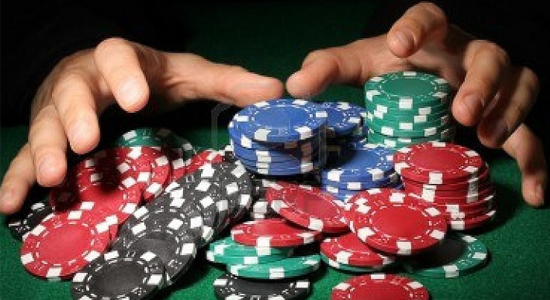 What causes gamblers to get addicted to casino games: another study

Scientists have come up with a new theory on what causes gamblers to get addicted to casino games.

Whether we’re talking about alcoholism, drug abuse or gambling, all forms of addiction are linked to biological alterations in the brain. For many years, scientists have studied these issues, coming up with several theories explaining the various chemical reactions that cause people to lose control of their habits and fall prey to addiction.

According to online gambling news, a recent study suggests that the brain’s opioid systems may respond differently in pathological gamblers, influencing their control, motivation, emotional behavior, as well as the way they respond to pain or stress.

The study was presented this weekend, at the European College of Neuropsychopharmacology Congress in Berlin.

MedicalDaily: Gambling Addicts’ Brains Don’t Have The Same Opioid Systems As Others

The study was conducted on 14 pathological gamblers and 15 healthy volunteers, whose opioid receptor levels were measures by researchers with positron emission tomography scans.

At first, the scans showed no difference between the two groups, but when the subjects were given an amphetamine tablet and researchers scanned their brains again, the pill caused a high known as an endorphin rush, revealing that gamblers weren’t able to release as many endorphins as healthy subjects. Participants then answered a questionnaire which revealed that gamblers experienced a lower feeling of euphoria.

“This may go some way to explaining why the gambling becomes an addiction,” Mick concluded.

Gambling is very popular among US citizens. Reports have shown that about 2 to 3% of the country’s population is addicted. The population spends up to $5 billion on casino games every year, although gambling laws ban sports betting and online casinos in most parts of the US.

A recent study concluded that the “high” or feeling of euphoria that comes from addictive behavior is less obvious in the brains of problem gamblers. This means that, for them, being a lucky punter is not enough to get an “endorphin rush”, so they have to search harder and play more in order to get a kick out of it.

Human brains have a natural opioid system which controls pain, reward, as well as addictive behavior. London and Cambridge researchers scanned the brains of 30 volunteers – including problem gamblers – in order to find out more about how their reward systems respond.

The small study involved 14 problem gamblers and 15 healthy volunteers, and used scans to measure the level of endorphins released under the stimulation of an amphetamine tablet. Lead researcher Dr Inge Mick, from Imperial College London, explained that gambling addicts have to work harder in order to get the same feeling of euphoria as the average person.

The way the opioid system responds could be different in alcohol or cocaine addiction, she added, but the findings could help researchers come up with treatments for problem gamblers. Around 300,000 UK players – less than 1% of the population – are suffering from this health problem. They are treated with drugs such as naltrexone and nalmefene.

Dr Mark Griffiths, professor of gambling studies at Nottingham Trent University, said: “This is an interesting study which backs up what we already know from previous research. Gambling is a behavioral addiction which is influenced by biological, psychological and social factors.”

Researchers at the University of Iowa have confirmed that pathological gambling runs in the family. According to the study, first-degree relatives of gambling addicts are eight times more likely to develop this problem than people who don’t have this sort of issue in their family.

Donald W. Black, MD, professor of psychiatry in the UI Carver College of Medicine explained: “Our work clearly shows that pathological gambling runs in families at a rate higher than for many other behavioral and psychiatric disorders.

“I think clinicians and health care providers should be alerted to the fact that if they see a person with pathological gambling, that person is highly likely to have a close relative with similar or the same problem. That is a teaching moment and they should probably encourage the patient to let their relatives know that help is available.”

According to the results of the research, 11% of the gambling relatives suffered from pathological gambling themselves; the health issue was present in only 1% of the control relatives.

“People have always thought pathological gambling ran in families – anecdotal evidence certainly suggested it. But when you finally do a study like this, which is the largest of its kind, and come up with figures like this, it is quite striking,” says Black, who was lead author of the study.

Between 0.5 and 1.5% adults living in the US suffer from gambling addiction at some point during their lives.