Details of the Indian Betting Scandal to Be Revealed 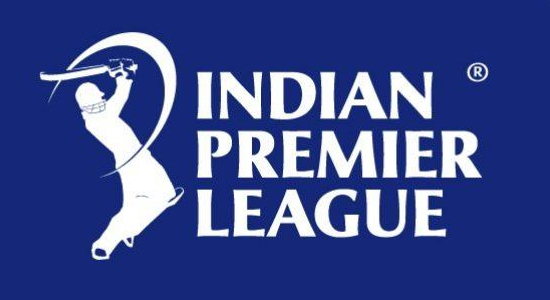 The team investigating the 2013 Indian Premier League betting-fixing scandal is expected to submit its report soon.

All eyes are on the cricket industry this week, as latest gambling news reveal more information on the betting-fixing scandal involving the Indian Premier League (IPL). Over the next four days, the police team that investigated the case will present its final report to the Supreme Court. The next hearing is scheduled for November 10.

The police submitted its first report earlier in February, along with a sealed envelope containing the names of 13 people thought to be involved in the scandal. Only one of those names was disclosed – that of Narayanaswami Srinivasan, president of the Board of Control for Cricket in India (BCCI) – but it was more than enough to show how deep the corruption scandal runs.

Six international cricketers are said to be among the 13 accused. Rumor has it the list includes India captain Mahendra Singh Dhoni and Suresh Raina, as well as three first-class players. Dhoni and Raina were recently questioned in Delhi. Gurunath Meiyappan, the BCCI presiden’t son-in-law, is also said to be involved, along with Bollywood actor Vindoo Dara Singh and Raj Kundra, coowner of Rajasthan Royals.

A team of four policemen is currently running all investigations, and the Mugdal committee will most likely base its report on their findings. The group is led by 1983 batch IPS officer Bibhuti Bhusana Mishra, who is also the Deputy Director General (Operations) of the Narcotics Control Bureau.

“The panel will submit the report based on whatever they [the police investigators] have found. It will discuss the evidence and their report, and will then come to a conclusion,” a source said on Sunday. “The final discussions will start tomorrow and will go on for the next three days consecutively after that – from October 27 to 30. And the report will be submitted to the Supreme Court on November 3.”

Regarding the identity of the 13 persons currently under investigation, the source said: “There are six international players and three non-internationals. We cannot name them because if their names don’t come out [as guilty]… we cannot spoil their careers.”

Srinivasan’s name was officially disclosed by the Supreme Court itself. The source added that, in addition to Vindoo and Kundra, another person would “obviously be Meiyappan”.

English newspapers have revealed that Chennai Super Kings team principal Gurunath Meiyappan’s voice was heard in a tapped phone conversation. The information was confirmed by the Central Forensic Science Laboratory. Experts also heard the voice of Vindoo Dara Singh and other people who were arrested under the accusation of spot-fixing.

An internal investigation ordered by the BCCI cleared Meiyappan and Raj Kundra of corruption. Soon after, Justice Mudgal was appointed to investigate the IPL scandal. He said allegations of illegal betting against Meiyappan stand proven.

Meiyappan, who is son-in-law of BBCI president and Chennai Super Kings owner Narayanaswami Srinivasan, was accused of providing inside information to bookmakers, as well as of placing wagers on IPL matches.

Srinivasan is also said to be involved. The Supreme Court has suspended him from his position as head of the BCCI until investigations are over. Now he is President of the International Cricket Council (ICC).

The police in Delhi confirmed that Raj Kundra, co-owner of the Rajasthan Royals cricket franchise, has admitted to placing illegal bets on IPL matches, through a business associate who runs a bookmaking operation. Kundra was questioned as part of a broader investigation into illegal sports wagering in the country. Although Indian gambling laws forbid betting on cricket, the businessman was not arrested.

Delhi Police Commissioner Neeraj Kumar told reporters: “He has admitted to betting. We have also come to know that he has lost a lot of money in betting.”

Three players were arrested in May last year for allegedly colluding with bookmakers to fix certain moments in cricket matches.

In a statement released after the accusations were made public, the Rajasthan Royals said: “We are completely taken by surprise…We will fully cooperate with the authorities to ensure a thorough investigation. The management at Rajasthan Royals has a zero-tolerance approach to anything that is against the spirit of the game.”

Kundra owns a nearly 12% stake in the franchise, through Jaipur IPL Pvt. Ltd. Although he admitted to placing wagers on matches, there was no evidence that he was involved in spot-fixing.

The scandal broke out in May 2013, when cricket players Shanthakumaran Sreesanth, Ajit Chandila and Ankeet Chavan were arrested by the Delhi police. More arrests followed, as the police suspected 11 other people of being involved in the scandal. The BCCI said it had very strict policies against betting corruption and decided to suspend the three players just a few hours after they were arrested.

A few days after the arrest, actor Vindu Dara Singh and Chennai Super Kings (CSK) former team principal Gurunath Meiyappan were also taken in. Meiyappan was initially released on bail, but then he was caught asking team members for information on matches and passing it on to bookmakers.

A report by Justice Mukul Mudgal’s committee said: “The role of Gurunath Meiyappan in Chennai Super Kings (CSK) as the team official stands proved and the allegations of betting and passing of information against Meiyappan stand proved.”

At the end of May, BBCI secretary Sanjay Jagdale and treasurer Ajay Shirke resigned after criticizing the way the board handled the matter and conducted its investigation. Rajeev Shukla, chairman of the IPL, followed their example.

While being headed by Meiyappan’s father-in-law, the BCCI cleared the owners of Rajasthan Royals and CSK, but the Bombay High Court established that the committee appointed by the board was constituted illegally. Srinivasan eventually stepped aside, forced by public pressure, but the measure is only temporarily.