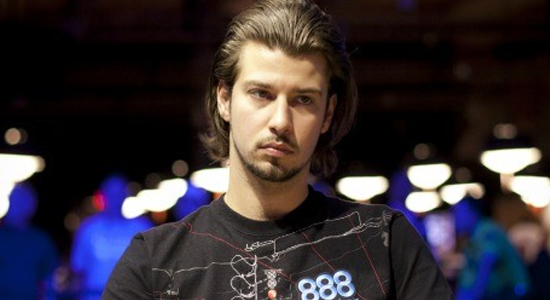 Darren Woods became a star in the poker industry after winning a world championship. Now he is accused of opening fake accounts on poker sites.

The 29-year-old from Healing allegedly used other people’s personal details to open fake accounts on virtual poker rooms. According to the latest gambling news, 13 fraud charges were brought against him between January 2007 and January 2012. Woods, of course, denied them all.

The court heard he not only used a false name when he signed an e-mail asking for proof of his supposed identity, but also submitted a copy of someone else’s passport as part of an alleged con. In other words, he tried to fool gambling operators running the poker sites, by pretending to be someone else.

His father, 56-year-old Morteza Gharoon, is said to be involved in four of these cases. He is now facing fraud offences, in addition to being charged with money laundering through credit billings, on behalf of his son.

Using 13 fake accounts gave Darren Woods an advantage, allowing him to gain benefits and commissions he wouldn’t have had access to by using just his own account.

He was made bankrupt in 2006 but made a fantastic financial recovery in July 2011, when he became a poker champion after winning a world series of poker game in Las Vegas. He took home $213,000 in cash for his efforts.

Woods’ father Morteza Gharoon, an Iranian national, was once a successful property investor. His impressive portfolio included several properties in the Grimsby area. The pair allegedly used the names and personal information of real people, in order to open fake accounts on internet gambling sites and virtual wallets.

The prosecution said Woods tried to open an internet poker account in 2010, using the name of Lloyd Stockley-Bond. But gambling laws require online operators to take measures to verify the identity of their users, so a Blue Square manager sent him an e-mail asking him to provide a copy of his identification, as well as proof of his address.

In order to “fool the systems”, the poker player allegedly bought private networks, as well as several computer, using them to disguise his online identity. The poker player is accused of fraud by false representation and the trial continues.

UK WSOP winner Darren Woods appeared in Sheffield Crown Court after being accused of committing online poker fraud between January 2007 and January 2012. With a total of 12 charges brought against him, Woods went from a respected limit hold’em coach to an alleged fraudster.

In 2011, he was a coach at pokerstrategy.com, after having won $213,431 at the WSOP $2,500 Limit Hold’em Six Handed Event. His success also brought him a very lucrative affiliate sponsorship deal with online poker operator 888.

But the fame didn’t last long, because Darren ‘Dooshcom’ Woods was accused of colluding with another player who went under the username ‘Benkaremail’, to win hundreds of thousands of dollars against several high stakes online players.

His father, Morteza Gharoon is also accused of helping him on four occasions. Charges include money laundering, but the dad said his son has reassured him that his actions were perfectly legitimate.

An article published by the Telegraph explains: “Woods allegedly made money from the fraudulently opened accounts by playing at the same online poker table at the same time using different identities, giving him an advantage because he would unfairly know the hands of some of the other players.”

It’s unclear whether the alleged cheating formed the basis of the prosecution or whether the trial focuses solely on the accusations of Woods scamming 888 to gain $236,994 in affiliate commission.

In September 2011, PokerStrategy published statement on the allegations of collusion – at the Push-or-Fold tables at 888poker – brought against Darren ‘DooshCom’ Woods, who was a coach at the website. The company announced it was suspending him from his position.

A group of high stakes players had accused DooshCom and another player of sharing hole cards in 3 and 4-handed games to gain an unfair advantage. The pair was playing high stakes, at blinds of $500 or $1000.

Players became increasingly suspicious of Dooshcom and his “unknown” partner, which is why they started gathering information, compared histories and unanimously concluded that they were being cheated. Eventually, they wrote about it on forums, in an attempt to warn other players.

PokerStrategy decided to investigate the matter alongside 888poker, and after making it clear that it does not tolerate unfair play, decided to suspend Woods from his position as coach.