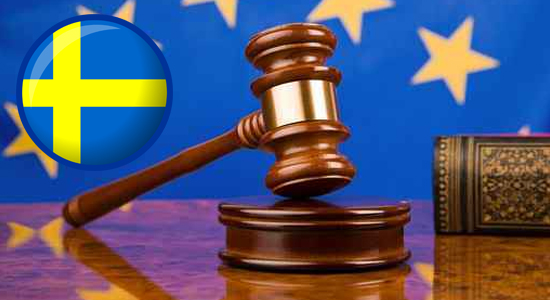 The European Commission started legal action against Sweden, for failing to comply with European gambling laws.

Sweden is in trouble. After issuing a number of warnings, the European Commission (EC) is finally fed up and is dragging Swedish legislators to court over the country’s conservative and monopolistic gambling laws, which fail to comply with the European requirement of free movement of services.

The EC has referred the Nordic member state to the highest European court in two separate cases related to the restrictions imposed on the licensing process. Under the current legislation, Swedish authorities only welcome domestic and state-owned operators.

The Commission released a statement explaining its decision: “Sweden is referred to the Court of Justice for imposing restrictions on the organization and promotion of online betting services in a way which is inconsistent with EU law. Changes to the Swedish gambling law in order to make it compliant with EU law have long been envisaged but never implemented.”

According to the latest gambling news, the two cases concern licensing for online betting and poker sites. European laws require all 28 member states to allow cross-border supply of such services. They may however impose restrictions to protect local players from the harmful effects of online gambling, but only if they prove that these measures are necessary and applied in a suitable and consistent manner.

In its first case against Sweden, the EC has criticized the country’s licensing system for online betting, claiming that it was not applied in a systematic way. Upon analyzing the current legislation, as well as reports and other documents, the Commission found that Swedish authorities don’t supervise the exclusive betting provider adequately.

Sweden’s government has responded to these accusations on Thursday, saying that its intentions were “to speed up the work that has been carried out for a long time in order to find a licensing system that could be introduced in Sweden”.

The second case is about the Nordic country’s regulation of online poker sites. To be more precise, the EC has suggested that Swedish authorities had turned a blind eye to the unauthorized offer and promotion of poker games on the local market.

The European Gaming and Betting Association is happy with the Commission’s move and has calling it “a breakthrough decision”. The two cases marked the first time when Brussels took a member state to court over gambling laws. The EC had previously asked Sweden to change its laws in 2007, giving it a final warning in November last year.

In a press release issued on November 20, 2013, the European Commission has called on a number of Member States to adapt their national laws on gambling to ensure compliance with the fundamental freedoms granted by the Treaty on the Functioning of the EU.

While Member States are free to set certain restrictions and limitations on cross-border supply of gambling services to protect the public and prevent fraud, these measures need to be objective and sustained with arguments. The necessity and suitability of these restrictions has to be demonstrated, and all laws have to be consistent with this mission.

In a Communication dating from October 2012, the EC announced that it would complete an assessment of national provisions in the pending infringements cases. As a consequence of the assessment, the Commission has requested Sweden to comply with European rules on the free movement of services and get rid of the state monopoly on gambling services.

Belgium, Cyprus, the Czech Republic, Lithuania, Poland and Romania have also been asked to provide further information on national legislation restricting the supply of gambling services.

GamingZion: EGBA Says Swedish Gambling Laws are not in Compliance with European Regulations

A report issued by the European Gaming and Betting Association (EGBA) shows that Sweden needs to change its current monopolistic gambling laws. Over the past few years, European officials have sent out several written warnings to authorities in Sweden, asking them to ensure compliance with Europe’s rules on free movement of services.

If the country fails to comply with these requests, it will be referred to the European Court of Justice.

“Evidently the best option for all concerned, and especially for Swedish consumers is that Sweden will commit to re-regulate its market and allow online operators to apply for online licenses,” EGBA secretary general Maarten Haijer told reporters.

The EGBA officials added that a change in legislation is “inevitably the future”, as there is a rising demand for online and land-based gambling services in Sweden.

“If the status quo remains, it is clear that the European Commission (EC) will have no other option than to refer Sweden to the European Court… The commission is clearly convinced that Sweden’s gambling monopoly is not in conformity with EU law,” Haijer said.

Poker News: Sweden’s Gambling Law to Change in 2014: “We Hope the Commission Will Not Sue Us”

Even though the European Commission has warned Sweden about its monopolistic gambling laws a long time ago, authorities are asking for more time and said that “changes are imminent”. Decision-makers promised to draw up a new set of norms, adding that they could be ready as early as next November.

EGBA secretary general Maarten Haijer rejected the proposal and said “immediate sanctions” would be imposed. Erik Thedéen, Sweden’s Treasury Undersecretary admitted in an interview that the government is trying to buy some time, hoping to avoid being sanctioned.

Olivier Guersent, Head of Cabinet for Commissioner Michel Barnier, met with Thedéen to talk about the issue. Officials said new regulations could be drawn up by the end of 2014, provided there are no unnecessary delays caused by the EC.

Thedéen added that he “explained Mr. Guersent that with the current schedule Sweden aims to be ready by November or December” and added: “The European Commission gave no indication about their future behavior. Parties agreed to hold a dialogue at the official level. We hope they will not sue us.”