Japan’s Casino Bill Up for Discussion, but with Limits for Local Players 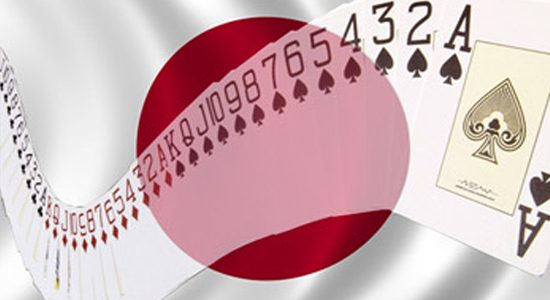 Japan’s casino bill up for discussion

Supporters of casino gambling in Japan have agreed to consider imposing limits for local players.

After a very long debate, Japanese lawmakers are finally ready to agree on the details of the country’s new gambling laws. Politicians have long said they were considering following Singapore’s model, a state which allows casinos, but makes them off-limits for locals. This is seen as a solution to protect citizens from the potential harms of problem gambling and addiction, while at the same time making profits from a flourishing industry.

Politicians fighting for the legalization of casino games in Japan have had a lot of pressure to deal with from opponents, who threatened to block the entire process unless similar limits were set for locals. They said in order for the new regulations to pass, it was essential that lawmakers address the issue of problem gambling.

The revision would boost chances that the bill will be passed this year as proponents hope, although it is not yet clear whether enough anti-casino lawmakers will be persuaded to provide the support it needs in both houses of parliament.

Analysts have predicted that the Japanese gambling market would be worth tens of billions of dollars a year and local authorities are hoping the newly-opened industry will help revive and boost the economy. But experts added that these figures are based on the participation of Japanese players too, and without them casino resorts would struggle to make a profit.

The Japanese Parliament is expected to discuss the matter the next week. According to online gambling news, adopting the legislation would be an essential first step to unlocking a highly profitable gambling market. Amendments have been proposed to the draft bill, which was shown to reporters on Thursday.

“The government, for the purpose of preventing the negative effects of casino facilities by non-foreign visitors, will take necessary measures regarding admittance and capacity…,” said the amended section to the bill.

If the revised regulations pass, gambling venues will be limited to tourists. Japanese media wrote casino supporters might accept these terms, to make sure the law passes. But while Prime Minister Shinzo Abe is hoping that casinos will boost the economy, researchers say these businesses will struggle without Japanese players.

Sheldon Adelson, chief operating executive of Las Vegas Sands Corp said: “From our standpoint, I will say that we will not be interested in Japan or any other country on a foreigners-only basis. We can’t do that. Our business model won’t allow it.”

Pachinko parlors have been very popular in Japan for a long time now. These businesses make an estimated $187 billion every year, making them the most profitable leisure activity in the country.

Pachinko is considered to be “gaming” not gambling, but the Japanese are known to be huge fans of all forms of betting, which is why US investors are pushing for politicians to lift the ban and adopt new legislation favoring casinos.

Under the country’s current laws, playing pachinko for money is illegal. While parlors are not allowed to hand out cash, they have managed to find a loophole. Once players gather enough silver balls, they are allowed to trade them in for a “special prize,” usually consisting in small things like candy or a cigarette lighter. But when they leave the venue, winners can exchange their prizes for cash.

A recent government survey revealed that nearly five million people show signs that they might be addicted to gambling. The number represents almost 5% of the country’s adult population. Besides pachinko, players have the option to bet on horse racing, bicycles and speedboats, and these activities are perfectly legal.

Prime Minister Shinzo Abe is hoping to boost tourism by legalizing casino gambling in the country, but authorities will have to come up with a policy to minimize the negative impact of gambling. Given how problematic addiction has become, introducing casino games in addition to pachinko could be a risky move.

The Japanese Government doesn’t have too much time to get the country’s casino industry going, so the administration has announced it was going to set up a special task force to help push things forward. Prime Minister Shinzo Abe has promised to legalize casino gambling a long time ago, as part of a reform to revive the local economy.

The casino bill has been stuck in the Diet for several months, but the administration is hoping that the new task force will help hasten the process. Some believe the initiative was meant to show foreign investors that the Government is dedicated to the cause.

Major American gambling companies said they were willing to spend billions of dollars to build resorts in Japan, once the casino bill passes. However, things need to move forward fast, in order to get everything ready for the 2020 Tokyo Olympics. If politicians don’t hurry up with the new legislation, they might miss out on billion-dollar investments.