Cause for Concern: Recent Survey Reveals the Level of Gambling Addiction in Japan 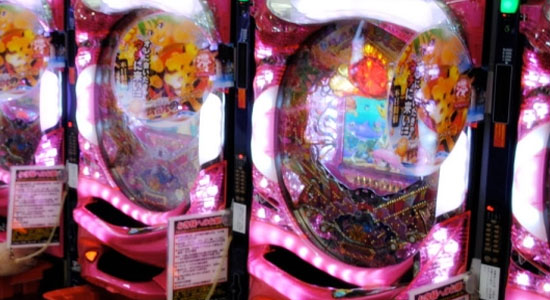 The results of a recent study on gambling addiction are causing people to worry about the imminent legalization of casinos in Japan. According to the survey, almost 5% of Japanese adults are already problem gamblers, despite casino games being forbidden in the country.

The latest gambling news have revealed that, compared to the majority of other nations, this rate is five times bigger.Instead of popular games such as roulette, slot machines, or even blackjack, Japan’s favorite is pachinko. There are a number of pachinko parlors across the country, and they are all extremely popular.

In addition, the study showed a rising trend in Internet and alcohol addiction among Japanese adults. The survey was headed by Susumu Higuchi, a leading expert on addiction. Higuchi is worried that legalizing casinos would make things worse. “If something new becomes available, addiction will only rise,” he told reporters.

Yahoo News: Gambling, IT, booze addictions rife in Japan: studyThe study brought to light one of the most worrying gambling facts, that 5% of adults living in Japan have lost control over their gambling habits. What separates the Japanese from other developed, industrialized nations is the low public awareness regarding the dangers of gambling addiction.

A campaigner who has a significant amount of experience in the field said that while others prefer to talk openly about this issue and try to prevent it or to at least reduce its negative impact, things are different in Japan, where no one wants to confront the reality of problem gambling.

According to researchers, roughly 5.36 million people in Japan are most probably pathological gamblers. That number represents 4.8% of the country’s adult population, all of them players who cannot resist the impulse to spend their money on wagers.

While casinos are still illegal at the moment, there are a number of pachinko parlors and other gambling establishments to choose from.

According to a group of researchers working under the Ministry of Health, Labor and Welfare, around 5.36 million people living in Japan could be suffering from a pathological gambling problem. The number represents 4.8% of the country’s adult population.

The study was funded by the ministry and the team of researchers was led by Susumu Higuchi of the Kurihama Medical and Addiction Center. In 2013, 4,153 randomly chosen adults living in Japan participated in the survey that found 8.7% of men and 1.8% of women show signs that they could be addicted to gambling.

Everyone participating in the survey was told to describe their gambling habits. They were asked to talk about activities such as betting on horse racing, online casino games, slot machines, boat racing, as well as pachinko. The latter is a very popular pinball-like game which can be played in parlors across the country.

The report also revealed that, compared to other developed countries, Japan had a higher percentage of pathological gamblers.

Recent news have revealed that an estimated 5.36 million Japanese adults – representing 4.5% of the nation’s adult population – are suspected of being addicted to gambling. About 4.38 million adult males and 980,000 female adults are habitual gamblers. The results are similar to those found in 2008, at the time of the last study.

The researchers asked subjects to answer “yes” or “no” to a number of questions or affirmations such as “I have gambled more than what I initially intended to do”. Those who answered “yes” to most of them are suspected of being pathological gamblers, as their replies indicate they cannot resist the temptation of playing for money.

Compared to other countries where similar studies have been carried out, the ratio for both men and women was particularly high in Japan. For example, in Switzerland only 0.5% of the total adult population was suspected of having a gambling problem; in the Us state of Louisiana, the percentage was a bit higher, at 1.58%, while in Hong Kong it reached 1.8%. Still, none of these come close to Japan’s 4.8%.

Susumu Higuchi, one of the researchers involved in the study told reporters: “On a global basis, Japan has one of the highest ratios of pathological gamblers as gambling devices such as pachinko and slot machine games are ubiquitous.”

Now the media believes that the study could impact the administration’s plan for economic growth, which includes proposals to allow casino resorts in certain parts of Japan.