Lottery Winner Dresses Up as Bear to Redeem Prize 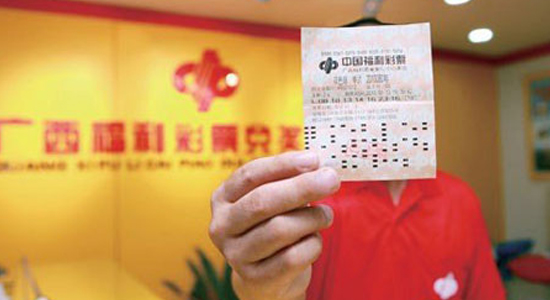 Wearing a costume when picking up lottery jackpot seems to have become a weird tradition in China.

The latest gambling news reported that a Chinese lottery winner decided to celebrate his lucky win in style. Well… we wouldn’t quite call it “style”, but it was certainly special. The man put on a bear costume for the ceremony where he was handed the lottery cheque.

He wasn’t the only one to wear a special outfit when appearing in front of the cameras. A few months ago, a person dressed up as Mickey Mouse took home 398 million yuan, and in 2011 another lucky winner took the big 565 million yuan jackpot disguised as a panda. Others wore superhero masks to look like Power Rangers, Batman or Spiderman.

Apart from the lottery, China doesn’t allow gambling. But the prizes people win with lottery tickets would stir the envy of any casino winner. The latest prize is worth $84.8 million.

After winning the lottery in China, a man from Shanxi disguised himself as a silly cartoon bear to pick up his giant check worth 520 million yuan ($84.8 million). The man provided one of the most exciting press conferences this year and consequently appeared on several online news pages.

The RMB 520 million-cheque was issued by the welfare lottery of the Shanxi province and is the third largest jackpot handed out in the country’s history. The winner told reporters that he spent between 20,000 and 30,000 RMB ($3,250 – $4,900) on lottery tickets every year.

The odd tradition of wearing ridiculous costumes when picking up over-sized checks dates back 25 or so years. In August, Mickey Mouse won 398 million yuan, and in 2011 a panda took home a 565 million yuan jackpot.

It is believed that lottery winners disguise themselves in order to avoid being recognized by family, friends, enemies or the government, when their image is broadcasted on local television.

On August 11, 2014, the Sports Lottery Center in Shandong handed out a 397.6 million-yuan cheque to another big winner. At the interview, the man showed up dressed in a Mickey Mouse costume. He also used a device to change his voice.

The man has been buying sports lottery tickets for years, and told reporters that participating in the draw is the first step to winning. Despite being rich now, the man said he is planning to lead a normal life. He added that he would become more involved in charitable causes and try to lend a helping hand to those in need.

Zhang Yunhai, a manger in Sports Lottery Center of Shandong told reporters: “With a good heart, the winner voluntarily donated 20 million RMB to found a Sports Lottery Fund to help people in need in the society.”

This was the biggest lottery prize won in Shandong Province so far, and among the highest awarded in all of China.

34 days after hitting an amazing jackpot, a lottery winner showed up to claim his prize wearing a huge panda helmet. The winner is a 40-year-old self-employed businessman who lives in Shaoxing, Zhejiang province and has broken several lottery records.

The panda scored the biggest lottery prize awarded in China so far, worth a total 565 million yuan ($88.5 million). After paying 109 million yuan ($17.08 million) in taxes, he was left with a prize of 436 million yuan ($68.34 million). Out of that amount, 20 million yuan ($3.13 million) were donated to local charities helping the poor children and the elderly. The man then promised to continue giving money every year.

He seemed to have a very relaxed attitude towards his huge lottery win, as he waited over a month before actually claiming the money. In an interview with the local newspaper, he added that he’d been playing the lottery for 11 years and he often forgets to check the winning numbers. For a long time, he wasn’t even aware what huge prize awaited him.

The numbers on his winning ticket were chosen according to his schedule that day: he got up at 6, had breakfast at 7 and spent 9 yuan on breakfast.

Every week, Chinese newspapers have a story on a lottery winner who showed up to claim his prize in a costume. While some of them wear simple sunglasses or face masks, or just pull their hoods over their heads to avoid being recognized, others mix things up by dressing up as Batman or a medieval knight.

This isn’t at all a practical joke, but rather a “street-smart” etiquette in China. As people can take up to tens of millions of dollars in winnings, having that much money can also attract trouble. Whether it’s because they want to avoid getting threatening phone calls, or simply don’t want to be in the public’s attention, wearing disguises is the solution lottery winners have come up with.

Ironically, wearing such ridiculous costumes has brought these people in the center of attention, as bloggers and online news sites are now talking about their costumes, posting photos and choosing their favorite ones.