Juventus are primed to lift the Serie A title for an impressive fourth consecutive time. The team is composed of a great group of players that can inflict damage to opponents at any given time. It is only a matter of time before they are officially announced as the winners, so they will have the chance to fully concentrate on their efforts on the Champions League semi-finals.

Last weekend we were able to witness many superb games in Serie A and fortunately for us the next round is already here. On Wednesday evening, 8 teams will go head to head against one another while on Thursday one more match will be played to finish off the round. AC Milan will square off against Genoa at the San Siro in what looks like an uncertain game.

Caesar in Desperate Fight with Creditors over Bankruptcy 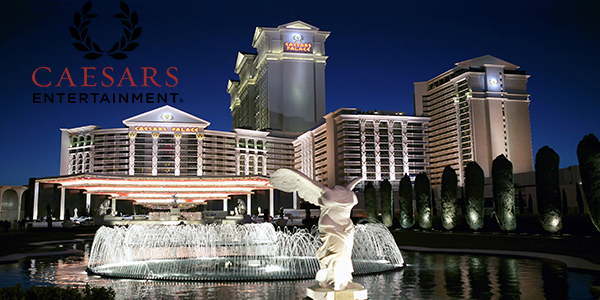 Caesars Entertainment has total control over bankruptcy
The operating unit of the bankrupt Caesars Entertainment needs more time to prepare a plan for restructuring the company. Therefore they submitted a plea to extend the period while they possess exclusive bankruptcy control until November, however the company’s creditors intend to prevent that. The noteholders, including the operating unit’s only allies, don’t want to let Caesars’ parent company to acquire protection from any lawsuit over their suspicious property transfers.

Kirkland & Ellis had to prepare for a fight in bankruptcy court against a committee that speaks for the junior secured noteholders in restructuring client Caesars Entertainment Operating Co, gambling law news reported recently. The committee tried to eliminate Kirkland, asking a judge to cast the firm off since they represented the Caesars Entertainment’s majority owners, Apollo Global Management LLC and TPG Capital, on unrelated matters.

According to the committee, Kirkland also collected nearly $10 million in fees improperly just before the company’s bankruptcy on the 15th of January. The junior noteholders wanted the bankruptcy to happen in Wilmington, Delaware, while Bankruptcy Judge A. Benjamin Goldgar is in Chicago, where the law firm originates from.

Bankruptcy is not a cheap process at all, and the quarrel over Kirkland’s participation increases the expenses heavily. According to the firm, the first six weeks after Caesars Entertainment filed for Bankruptcy cost them roughly $10 million. With this dispute over Kirkland’s participation, the bill will continue to run up without bringing the matter closer to solution.

Caesars Entertainment was in a restructuring process since years. After the debts and yearly interest fees were reduced significantly, it seemed that a complete reorganization is in reach. However, protesting creditors invented in January, filing for bankruptcy in Delaware.

Caesars Entertainment trying to secure more time for planning, asked the Chicago bankruptcy court for a six month extension to reshape their structure strategy. On the actual conditions, Caesar’s operating division has to submit their recovery plan to the operational department until the 15th of May.

Lawyers representing the gambling giant stated that it is simply impossible to meet that deadline, according to online mobile news. They have 173 separate entities and many legal problems, they are currently fighting with their creditors too, and there is an ongoing investigation for their earlier deals.

The Caesars’s casino department has a debt of $18 million itself, but with the extension granted, the company could abolish the most of it. The possible new deadline would be the 15th of November if the bankruptcy court approves the company’s plea, and the creditors would have time to reply and articulate any disagreements until January.

If the extension is not granted by Judge A. Benjamin Goldgar, Caesar will present their suggestion to the court on the 29th of April and a verdict expected to be made quickly after. Caesars Entertainment’s shares have dropped by 17% after the extension plea was announced. The legal procedure is far from over, but it seems that Caesar prepared for a long war.

Creditors of Caesars Entertainment stated that they intend to block the attempt of the bankrupt company’s operating unit to extend the period during it has total control of the Chapter 11 restructure. They filed oppositions on Wednesday against the operating unit’s plea to push the deadline back with six months to November 15 instead of May 15.

During that time the operating unit has exclusive rights to suggest a strategy to diminish its $18 million debt. The creditors’ goal is to reach a point where other plans can also be submitted. Caesar’s operating unit filed for bankruptcy in January and that it is a rarity that creditors oppose the extension of exclusive control in such an early phase of a case.

Online gambling news reported that the company’s only supporters within the group of noteholders also objected the extension plea. The largest casino operator in the U.S. is in a desperate fight against its creditors, who accused the parent company of separating the operating unit of major properties like Linq Hotel & Casino in Las Vegas.

The parent company, which is not bankrupt, is controlled by private equity firms Apollo Global Management LLC and TPG Capital Management. The operating unit plans to divide into a casino operator and a real estate investment trust by restructuring. This move would increase the value of the latter, and creditors would benefit from that. However, online betting news learned that by such a move Apollo and TPG would be protected from lawsuits over the property transfers, and the creditors want to prevent that.

Many English fans were disappointed that their sides were not represented in the quarter-finals of the Champions League over the week as no bigger team managed to qualify for the latter stages. That is why the Premier League will provide them with the sort of excitement that they missed out with their respective sides not playing on the continent.

The German top flight has not seen action since the 22nd of March, so all the clubs and their supporters are ready to take on other sides to clinch a better spot on the table. Hannover will travel to Frankfurt to play against the local side where they will aim to hopefully win the encounter.

Let’s look at the second batch of games that we’ll be able to witness in matchday 29. This round will showcase many great games, as some big teams prepare to go head to head with one another. Valencia will square off against Villarreal at home where they will aim to make the most of their home ground and win the thrilling clash.

The international break saw the domestic championships take a break, which delighted some fans but also upset another group. They could place wagers on national sides that they believed could make them a profit, however they couldn’t support their favorite club side as the action was halted. Fortunately, the league are back this weekend so punters can once again enjoy pursuing their betting efforts.

After going through the first batch of games in England’s top flight, we will present 4 additional encounters that are set to light up the prominent football championship. Queens Park Rangers will play West Brom away from home, but judging by their performances this season the travelling side are about to experience a difficult match.

Sporting enthusiasts will have a great chance to make a killing with their betting exploits this weekend, thanks to the superb games in the top flight of English football. The international encounters were welcomed by many supporters, but the time is now right to get back into the fight for the biggest club crown of the beautiful sport.

After a long list of thrilling football matches we bring you the last batch of the matches. These great encounters will feature some exciting plays guaranteeing that fans all around the world are satisfied after the final whistle is blown. Slovakia will feature Czech Republic at home which should produce some superb action for all die-hard supporters.

Prepare yourselves for another batch of cool and exacting football encounters that will surely boost your pockets if you manage to place the right wagers. There seems to be no rest for the weary as nations gear up to continue their run of matches right after going through difficult tests against other powerful sides.